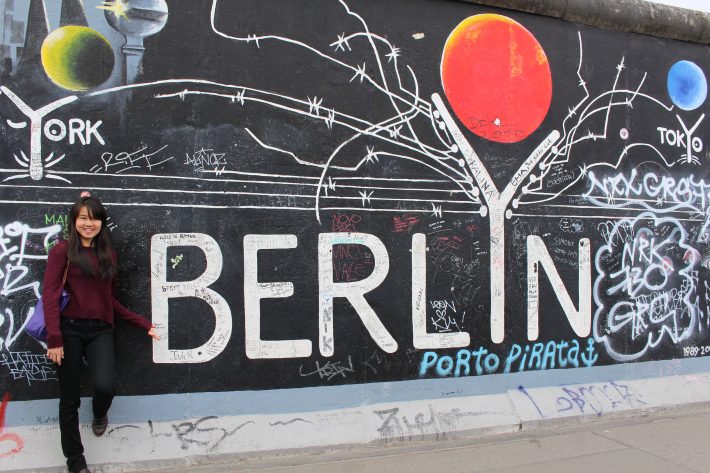 Home » 36 Hours in Berlin – Top Things to Do in Berlin, Germany

When visiting Europe and especially Germany, there is one very traditional and vibrant city a traveller can not miss – Berlin. The capital city of Germany is conveniently situated in the northern part of the country and houses about 3.5 million people.

Discovering the city can be a challenge if you are visiting for the first time. That’s why I’m sharing with you these 12 top things to see in Berlin when you only have 36 hours here.

Berlin is one of my favourite cities as it has a rich history, which can be seen throughout the whole city. Every historical landmark you step into tells a tale of Berlin’s tumultuous past.

Marked by the first and second world war, and divided by the Berlin Wall during the Cold War, it offers multiple sights for travellers that enjoy Berlin’s history, art and culture.

If you only have 36 hours in this German capital, here’s a list of places to visit in Berlin and things to eat, sorted by region.

36 hours in Berlin – Best things to do in Berlin, Germany

The Brandenburg Gate is one of the most visited landmarks in Germany and the most famous icon of the city. Formerly known as ‘“no man’s land” between East and West Berlin, it now represents Germany’s unity.

Tip: Visit the Brandenburg Tor by night to enjoy the monument with evening lights and to avoid the crowds while taking a picture.

The Reichstag is the seat of the German parliament and just a short walk from the Brandenburger Tor. The building merges the rather outdated appearance of the stone structure with a modern glass dome, which offers a panoramic view of central Berlin.

Tip: I definitely recommend visiting the Reichstag on a sunny day. There are plenty of green areas and you can even take a boat ride on the Spree River. You can either make a reservation online or try to get a spot by visiting the service centre spontaneously.

Checkpoint Charlie is a symbol of the Cold War and it used to be the border crossing point between East and West Berlin. It now holds a museum in which travellers will find spine-chilling stories of people that tried to escape the East via the Berlin Wall.

Tip: If you want to understand more of the German history, then this is one of the best museums to check out.

As one of Berlin’s newer sights, the holocaust memorial serves as a reminder of the murdered Jews of Europe. 2,711 concrete blocks that vary in height are spanned over more than one square kilometre.

Tip: The underground visitor centre offers public guided tours, which last about an hour and a half and are free of charge. 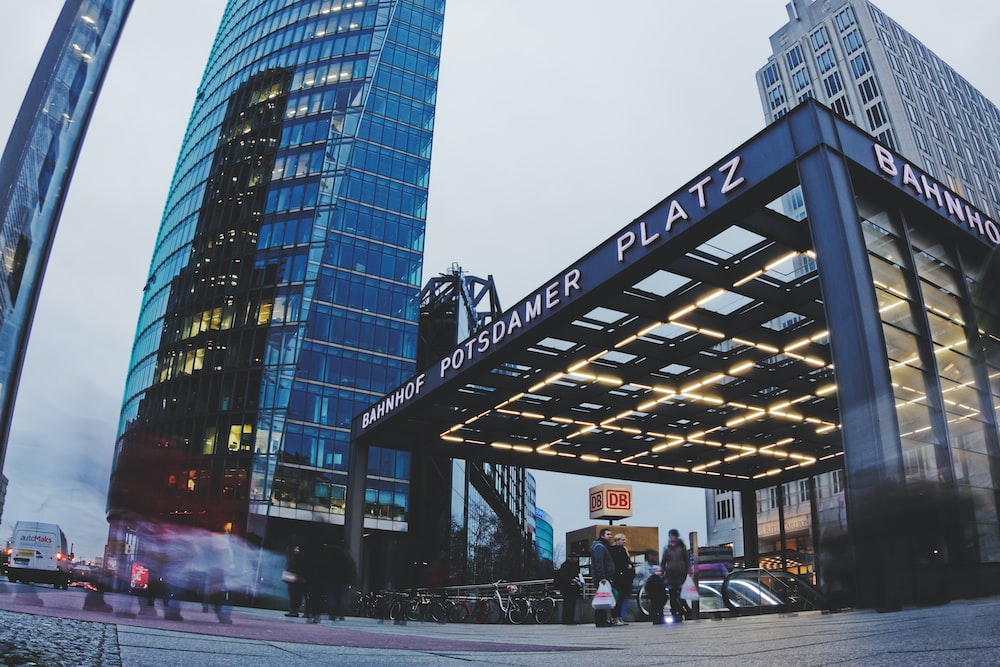 Potsdamer Platz used to be a wasteland where the Berlin Wall running right through it. Today, it is a bustling shopping and nightlife district.

While at Potsdamer Platz, do look out for the metal strip on the ground which demarcates where the Berlin Wall used to stand.

During winter, Potsdamer Platz turns into a giant winter wonderland where people go to ski in the ice rink.

Although falafel is not a local dish, it is really popular amongst Berliners. Dada Falafel is known for is freshly prepared falafel and you can always see a queue outside their shop.

Translated as Clara’s Ballroom, this 1913 establishment is a restaurant-cum-ballroom stuck in the 1920s. Stepping inside is akin to stepping into a time warp, transporting you right back into the past.

Berlin is well known for its creative scene that attracts many small and big name artists, musicians and actors from different parts of Germany. They all swarm into the city with the hopes of making it big or just to connect with like-minded.

A part of Berlin’s street art can be seen along Mühlenstraße, the so-called ‘East Side Gallery’, where you will find the world’s largest open-air mural collection. Amazing contemporary art, featuring more than 100 artists from 21 countries, sprayed on the longest intact part of the Berlin wall.

Tip: In summer you can enjoy a beautiful walk alongside the Spree while enjoying the murals.

Hops & Barley is a craft beer bar that is known to produce great local craft beers and is a hot favourite location for the young (and young at heart) to hang out. There are usually 4 microbrew options and cider on tap.

For me, a city trip wouldn’t be complete without trying out the local food of a country and just like the pasta in Italy, Berlin as well has its popular foods. And trust me this won’t disappoint.

The Berliner Currywurst is very popular inside and outside of Berlin. It includes a classic German sausage with sweet ketchup and curry powder on top. It is served as a hot dish and can be combined with fries. You will find Berliner Currywurst being served all over the city and especially by food trucks.

Tip: Find one of the best Berliner Currywurst at ‘Konnopke’s’ in Prenzlauer Berg

The Döner was first introduced by the Turkish immigrants in the late 60’s and is a spin off the traditional Turkish kebab. The dish is made of pita-style bread stuffed with meat and salad and will fill you up for hours. Nowadays there are many different versions of the Döner, including vegetarian options with Falafel or salad only.

Tip: Find one of the best Döner at ‘Mustafa’s vegetable Kebap’ in Berlin Kreuzberg.

If you are visiting Berlin in early summer, you definitely cannot miss the Carnival of Cultures. The festival celebrates the city’s cultural diversity on the Pentecost weekend in June and transforms the nation’s capital into a colourful street parade with music and dance. For four days, Berlin Kreuzberg becomes a mecca for culinary delicacies, traditional costumes, and exotic dances.

Tip: Berlin offers a big variety of open air festivals close to the Spree during summer. Have a look which festivals are on once you know your travel details.

Of course, the beautiful city of Berlin has even more to offer than the tips on this list. If you are a history geek like me, you should definitely fill up your itinerary with the best museums.

Or if you’re a food lover, do go on a gastronomical adventure and stuff yourself silly with Currywurst and Wiener Schnitzel!

While you can easily fill up a full week discovering the city and immersing yourself in Berlin’s history, these 12 places to visit in Berlin can be done perfectly over a long weekend..

Did you know, you can even house sit in Berlin?

What do you look for in a city?