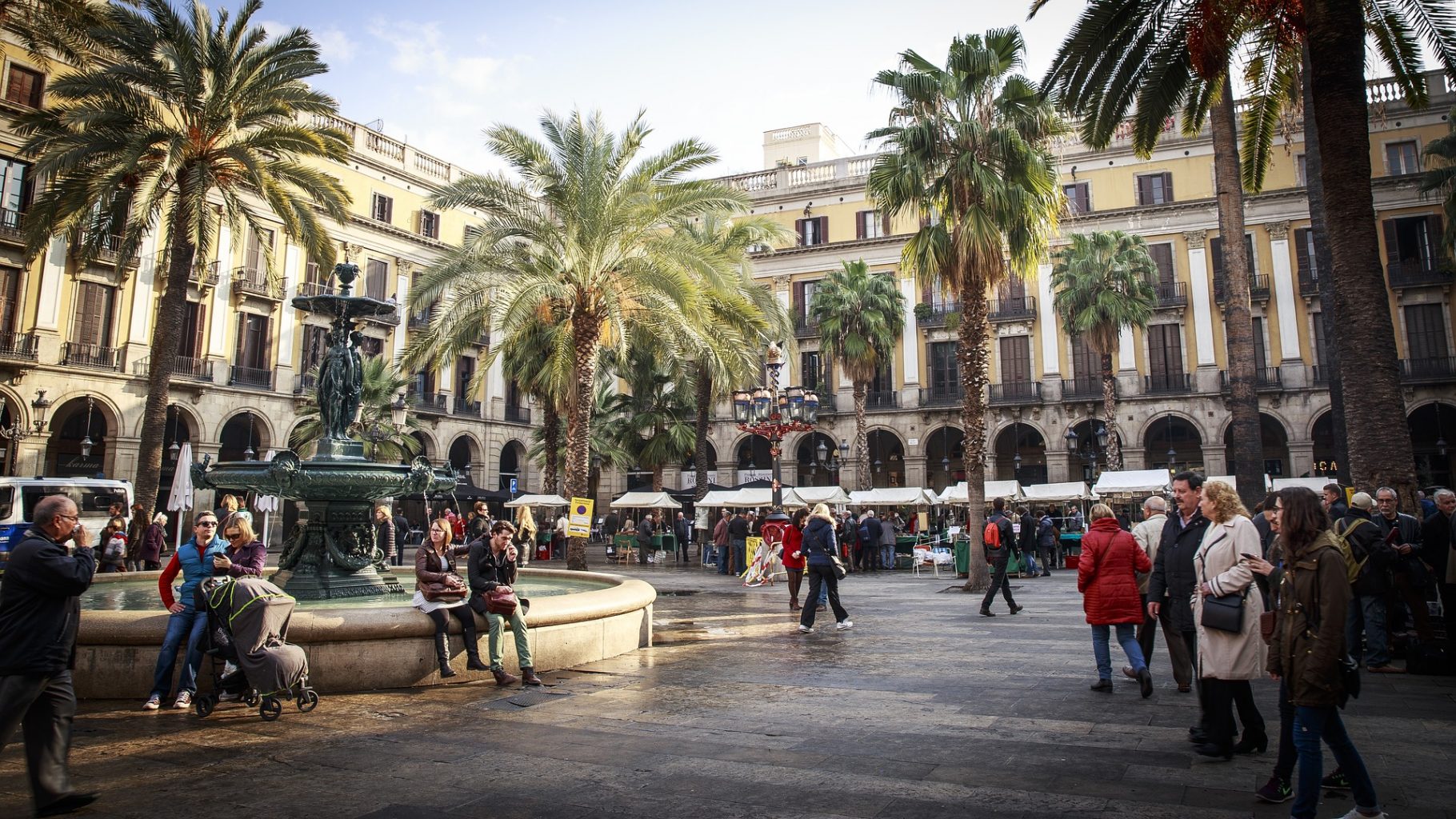 Barcelona, the capital of Spain’s Catalonia region and covering an area of 101.4 km2, is the country’s most visited city and the biggest on the Mediterranean coast. It’s also a perfect stop to take day trips from Barcelona, for example, to Montserrat. But in a place this big, where do you stay? Well, in Barcelona’s barrios of course!

The city’s barrios – or neighbourhoods – all have their own very different personality, but are positioned so close to each other you can travel between them quickly, easily, and on foot!

For those unfamiliar with the different areas in the city, here are five of our favourites great for both those who are new to Barcelona, as well as those that have been coming to the city longer than they can remember…

The Eixample neighbourhood is one of the most emblematic barrios of Barcelona known for its grid like layout and being bang in the centre of the city. Eixample was constructed as a result of the Industrial Revolution, the city’s population growing dramatically due to the large influx of those moving from the country to the city.

In 1855, Ildefons Cerdà, a civil engineer, designed the blue prints for the Eixample district (catalan for expansion), putting into play what would become the new Barcelona.

Unlike the older neighbourhoods in the city, Eixample has been built with wide streets and roads which make it the most well-connected place to stay in terms of access to public transport.

Eixample is also famous for having some of Barcelona’s best shopping sites, namely Passeig de Gràcia (great for designer and high-end brands) and Diagonal Avenue (full of high street stores).

Make sure you don’t miss Gaudí’s incredible masterpieces in Eixample:

2. Get lost in the magical Gothic Quarter

A labyrinth of winding streets and medieval architecture, the Gothic Quarter or El Gótico, is located in the heart of Barcelona’s old city. Many streets in the Gothic Quarter are pedestrian only, making it the best place to get away from the city centre traffic. Prepare to be lost in a gothic maze of antique buildings, restaurants, and boutiques from buildings built all the way from Roman times up until the 20th century. The Gothic Quarter is the place where you can live happily ever after…

3. Party all night in El Born

Next to El Gótico is the barrio of El Born that carries the same medieval charm as its neighbour but also boasts its infamous Passeig del Born, a street filled with bars and restaurants. El Born is home to Barcelona’s very first public park, Parc de la Ciutadella, usually full of exercise enthusiasts running laps or doing circuit training in workout groups. It’s one of the trendiest neighbourhoods in Barcelona and loved by both locals, and foreigners visiting the city.

Don’t forget to tick these places off your El Born checklist:

The Gràcia neighbourhood was once an independent town and only joined the rest of the city in the late 19th century. Locals say that if you live in Gràcia you’ll never have to venture out of the neighbourhood as everything you need is right there. And it’s true!

With restaurants, cafes, shops, and even its own cinema, the Gràcia neighbourhood is great for those that want to experience life as a Barcelona local instead of a tourist. This barrio is a little bit further out than the other neighbourhoods but its charm lies in its tight knit community and local vibe that it has successfully managed to hold dear.

Don’t miss the neighbourhood party, la Festa de Gràcia in August every year- a time when the locals decorate the streets and party until the sun comes up!

3 streets in Gràcia you have to explore:

5. Breathe in the sea air in Barceloneta

The closest neighbourhood to the beach, the barrio of Barceloneta was first home to the fishermen of the city but these days it’s also filled with nightlife and bars, becoming a tourist driven cosmopolitan hub.

Barceloneta is great for children and family holidays, many apartments literally leading directly onto the beach itself! Like Gràcia, the Barceloneta district has managed to keep some of its original magic despite a change in its residential clientele. If you’re visiting Barcelona in the summer, Barceloneta is one of the best neighbourhoods to stay in.

Stay in an apartment in Barcelona

So you’ve chosen your barrio, but what next?

The next decision you have to make is whether you want to stay in a hotel, hostel, or apartment. For those coming to Barcelona for the first time and those that are returning to the city, we recommend choosing an apartment.

Unlike a hotel or hostel, an apartment offers you the extra space needed to make your trip to the Catalan capital just that little bit more comfortable.

Even something as simple as the addition of a kitchen for you to cook your own food gives you the freedom to enjoy Barcelona just the way you like it.

For apartment companies, have a shot at AB Apartment Barcelona, a local agency with hundreds of apartments in the city near all the best Barcelona landmarks.

They have apartments in all five of the barrios above (as well as more) that you can rent for both short-term and long-term stays.

Whether you’re coming to the city for a weekend break or something lasting a little longer, I’m sure you’ll be able to find the perfect accommodation in Barcelona just for you.