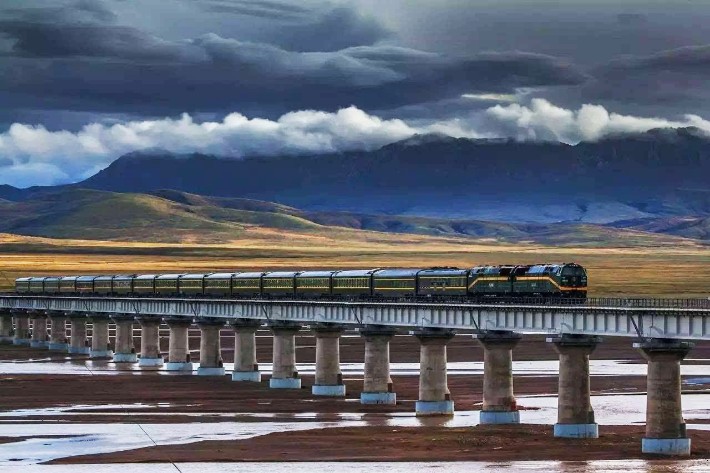 Why Taking the Tibet Train is Your Best Choice to Tibet

Nowadays, there are many ways to get to Tibet from mainland China and Nepal. You can take an adventure overland journey through the highways to Tibet for weeks, or go by flight within 2 to 3 hours.

However, among all the ways to go, in my opinion, the best way to get to Tibet is going by train through the Qinghai-Tibet railway, which takes about one to three days depending on your departure city.

Why is it highly recommended to take the Tibet train since it is not the fastest way to go? Here are some reasons to convince you not miss a train journey to Tibet.

Trains are always the best choice for budget travellers, no matter where you visit. The stable fares of the train to Tibet also make it easy to calculate your travel budget. Let’s take the Beijing to Lhasa train as an example.

There is no difference in price for the peak seasons, nor are there discounts in the low seasons.

In this case, the transportation cost is relatively fixed when you travel to Tibet by train. You can save time on finding the cheapest ticket to go and spend more time on arranging your travel itinerary in Tibet instead.

However, in peak seasons, especially during the summer holiday and the national holiday in the first week of October, the huge demand but the limited supply of train tickets causes the higher cost of the trains to Tibet.

So if you can only take a Tibet train tour in such a period, make your reservation as early as possible.

2. Better for the acclimatization to the high altitude of Tibetan Plateau

Experiencing the altitude raising from over 500 meters to 3,650 meters within 2 hours or within 3 days – which is better for you to acclimatize to the high altitude? The answer is obvious.

Getting to Tibet by train allows you to have more time to get used to the high altitude after entering the Qinghai Tibet plateau, so that you can feel better when you arrive in Lhasa city, which is 3,650 meters above the sea level.

In fact, most of the entry cities that offer trains to Tibet are less than 1,000 meters above the sea level, and the elevation of cities like Beijing and Shanghai are even below 100 meters.

It is thus a good way to get used to the high altitude of Tibet plateau from the lower plain in the east part of mainland China to the Tibet plateau by train.

Furthermore, there is no need to worry too much about getting altitude sickness on board the train.

All trains to Tibet are equipped with an oxygen supply system. After arriving at Golmud, oxygen will be pumped into the train cabins. There are also oxygen supply tubes and outlets on the train for passengers to use individually.

To better acclimatize to high altitude in Tibet, it is highly suggested to stay in Xining for a few days, which is 2,261 meters above the sea level, and then take a train to Lhasa from Xining.

Beijing, the capital of China, is the top destination for all China tours. You can not only see the great wall and the Forbidden Palace that remained for hundreds and thousands of years, but also visit a local family in Hutong to see how the locals’ usual life is.

Shanghai is another popular city to visit for travellers who visit China for the first time. Being praised as the oriental Paris, Shanghai shows the great contrast between the modern and the past.

Guangzhou is the best gateway for tourists from Hong Kong and southern Asia to enter mainland China.

If you are a fan of pandas, you should not miss a panda tour in Chengdu before your Tibet tour.

A Yangtze River cruise to Chongqing, a silk road trip to Lanzhou… all of these cities are popular travel destinations for a China tour.

You can easily combine a lifetime journey to Tibet with a classic China tour when you travel Tibet by train.

There are daily trains to Tibet from Beijing, Shanghai and Guangzhou, and the trains to Lhasa from Chengdu, Chongqing and Lanzhou depart every other day.

Xining offers the most frequent trains to Tibet since it is the start point of the Qinghai-Tibet railway, so it is highly recommended to start your Tibet journey from Xining for more train timing choices for your Tibet train journey, especially when you travel in peak seasons.

4. Stunning Alpine View from Glomud to Lhasa on the world’s highest train

Tibet is LARGER than you think.

The general trips in Tibet all start from Lhasa. Whether you simply visit the Lhasa city and its surroundings such as Lake Namtso, or go further to the Mount Everest area or even to the Mount Kailash, the vast land of northern Tibet will be missed.

Travelling from Golmud to Lhasa, you’ll get the best landscape of the northern Tibet. Through the train ride, you will pass through the Kekexili Nature Reserve, which is home to all kinds of rare species that only lived in Tibet plateau, witness the source of the Yangtze River and enjoy the marvellous Kunlun Mountain ranges outside the window.

After crossing the Mount Tanggula, you enter Tibet. The vast endless Qiangtang Grassland in Amdo Tibet is now right by your side.

All of these can be only experienced by a train ride to Tibet.

In conclusion, when you plan your trip to Tibet, don’t forget to put the Tibet train on your to-do list.

It could be a lifetime experience that you can only get from mainland China to Tibet.

With the facilities and amenities on board – such as the dining cars, private soft-berth cabins, 24-hour hot water supplement and unique oxygen systems, they will surely make your Tibet train journey more enjoyable and comfortable than any normal train ride in China.