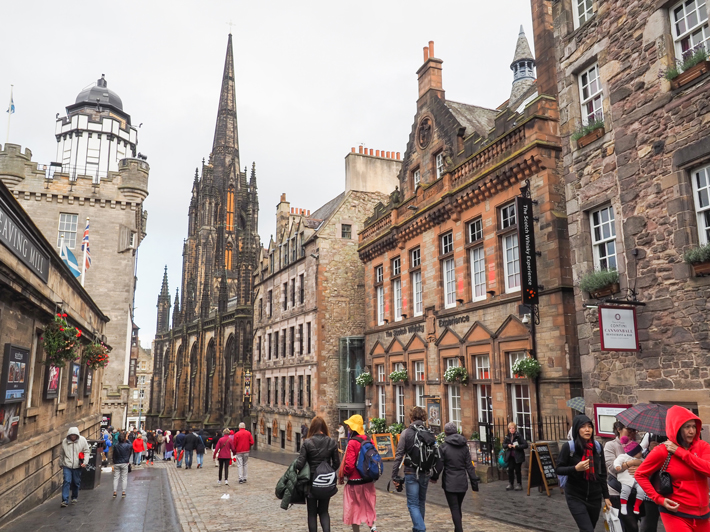 Haunting Edinburgh Ghost Tours Not To Miss in Scotland!

As a continuation from my 7-day Scotland itinerary, I bring to you a little of Edinburgh’s evil witchcraft.

Did you know, the Old Town used to be a site of witch burnings and public executions, FOR REAL?

That is why, Edinburgh’s Old Town is most famous – or should I say infamous – for its morbid, ghostly past.

There are over 244 vaults around the Old Town. Vaults are small, cramped, underground spaces used as living spaces for the poorer residents of Edinburgh in the past. They are the sites of some of the most haunted places. 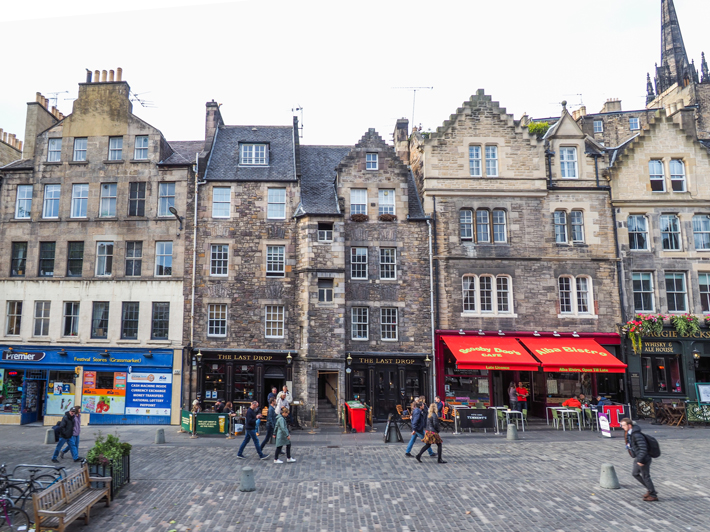 All the history, stories, things to do, events, and happenings begin with the Royal Mile in the Old Town, from the Castle to Holyrood. A series of lanes, arches and alleyways grow out of this long street, falling away to either side and extending to the New Town.

And so, I couldn’t introduce you to Edinburgh without a lowdown on some of the best Edinburgh ghost tours I’ve taken.

It’s like Halloween all year round when it comes to the Edinburgh Dungeon. The act begins from the ticket counter, when a guy dressed in shades and black overalls sit behind prison bars takes reservations from a line outside.

Having failed to book my ticket before they close twice in a row, I was determined to finally get it done the third time, queueing in the rain.

The Edinburgh Dungeon showcases tales from Edinburgh’s dark history through a series of 11 live shows and 2 underground rides, through really a really immersive and engaging haunted tour.

Actors scream (in a bid to scare), use sudden movements, and forcefully volunteer their audience (me included) to get spanked, tortured, remove intestines (that’s what I did) and more. 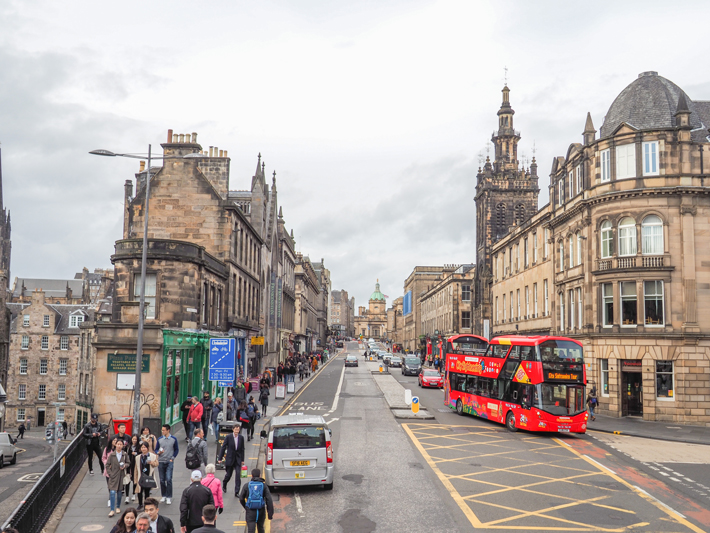 I did find that all the speaking through screams made it hard to hear exactly what they were saying at times.

I don’t want to spoil the surprise, but the rides did include sitting in a boat as it floats through a river while it is totally in the dark (you never know what may pull you from the sides) and a sudden drop (which I thought was most unexpected and the best part of the tour!). 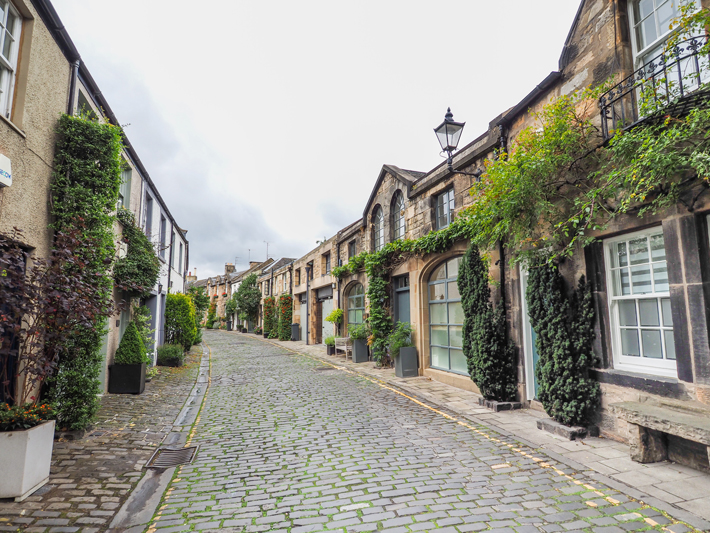 You will want to stick to your companions throughout this 80-minute tour as you walk through narrow walkways in low lighting. I did it all on my own, and was the only person in my group to be without anyone.

I was initially baffled about what this tour was about as I signed up for The Real Mary King’s Close tour, but I knew it was one of the defining experiences in Edinburgh.

While not exactly a ghost tour, it is an underground tour that quite accurately depicts the story of life on The Real Mary King’s Close.

I was glad that this was one of the first tours I joined, for it gave me a good background of what it was really like for the people who lived, worked and died underneath Edinburgh’s famous Royal Mile on the Close, Edinburgh’s underground dingy, dirty streets. 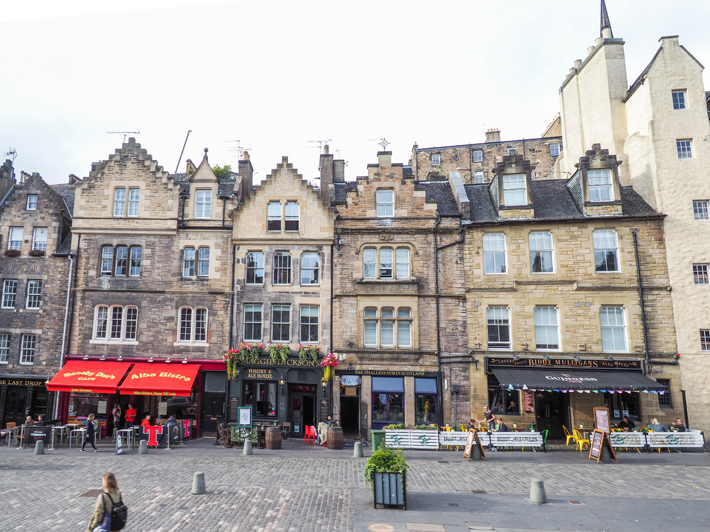 It was hard to imagine how large families used to live in such closed spaces, sleeping, cooking and pooping in the same space. Or how their poop used to discarded out of the windows onto a street where everyone walks on.

Standing underground on a series of narrow, dark passageways in the Old Town frozen in the 17th century, I learned about the story behind the cry of gardyloo, the deadly plague epidemic that befell Edinburgh, the scary-looking Plague Doctor, Mary King’s daughter and other essential characters that make up Edinburgh’s scary history. 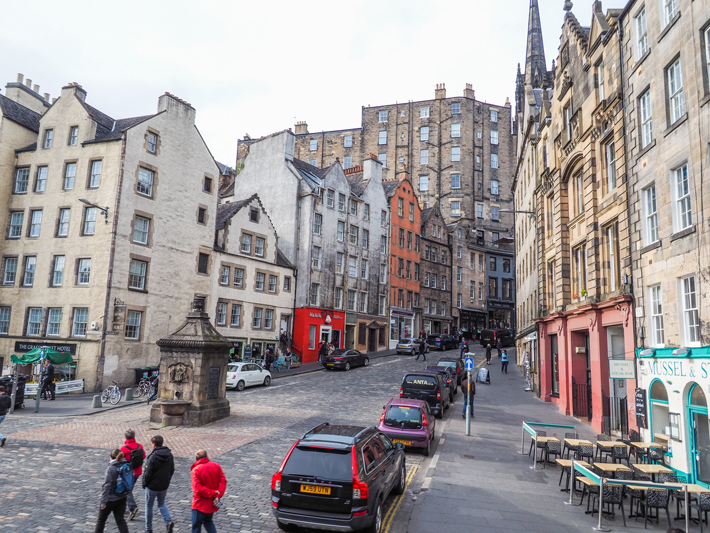 Don’t miss the uniquely preserved spaces from the 17th century and discover the real stories of Edinburgh’s past residence that you can only find in this underground tour of The Real Mary King’s Close!

The one-hour-long tours run every 15 minutes, but pre-booking is advised due to its popularity.

Hidden in another side of Old Town is the Blair Street Underground Vaults. As one of the largest system of underground caverns in Edinburgh that was built in the 18th century beneath South Bridge, it cannot be missed.

Only Mercat Tours grant access to these Underground Vaults, and so I found myself with Mercat Tours’ Evening of Ghosts & Ghouls tour one evening. 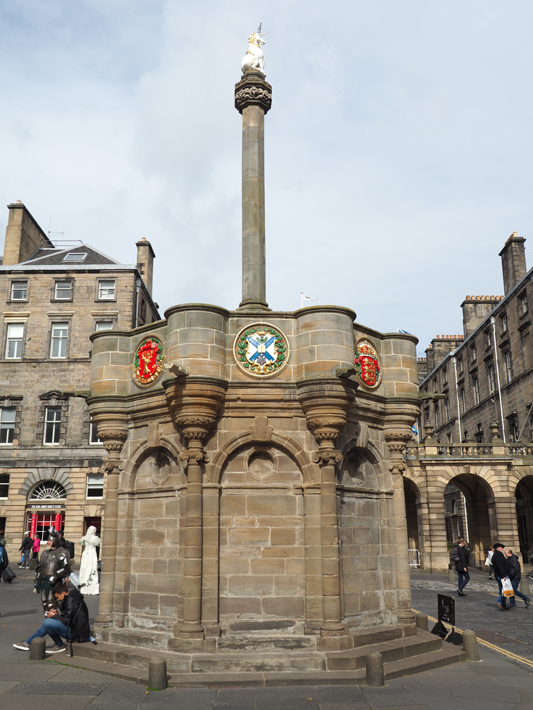 First, you’ll meet your cloaked Mercat guide at Mercat Cross and follow him through the shadowy closes of Edinburgh’s Old Town. These are dark streets untouched by daylight, yet filled with so much history. You will get to experience what some of them are, as your guide re-enacts them.

Our guide regaled the dark and sinister past of Edinburgh – torture, murder, hangings – occasionally screaming in our faces for the scare effect.

As the night goes, we descended into the haunted Blair Street Underground Vaults. 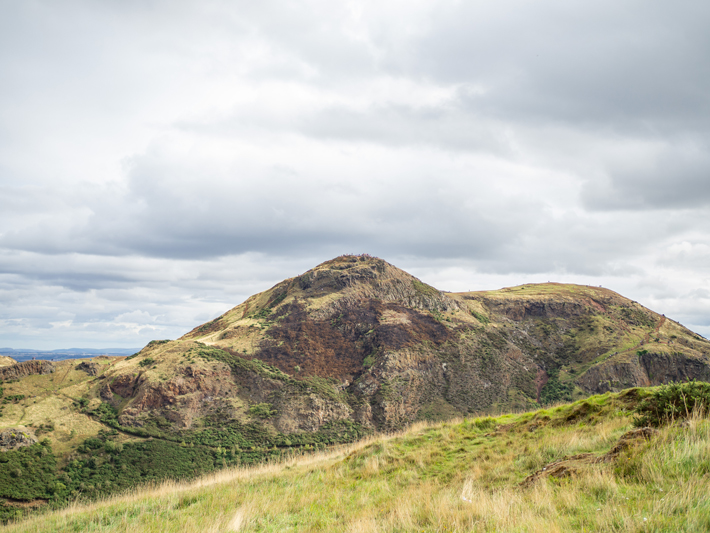 He would pause in the silence for effect, shut all lights, whisper, let out a cold breath and create echoes within the dark Underground Vaults. It’s hard not to be gripped into the stories of Edinburgh’s past with our guide’s animated storytelling.

The last part of the tour saw us gathering in Megget’s underground candlelit cellar for a dram of Scottish whisky, lager or soft drink. As we warm ourselves up after an evening of chilly ghost walk, our guide continued sharing more tales of Edinburgh’s ghoulish past, and the tortured souls that stalk the city’s streets. 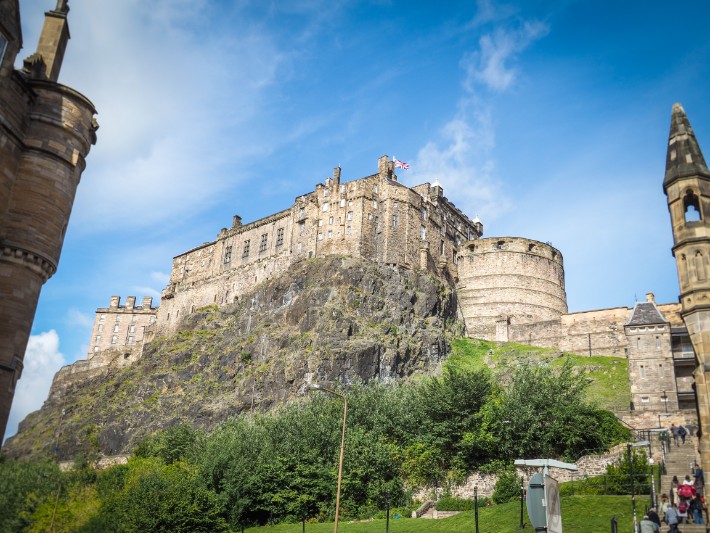 He made it sound so convincing that until this day – I have second thoughts on whether such ghostly truths are really true.

Throughout the 2 hours, we were highly impressed by the guide’s enthusiasm and energy. He also managed to inject humour into the tour, which made it all the more engaging. 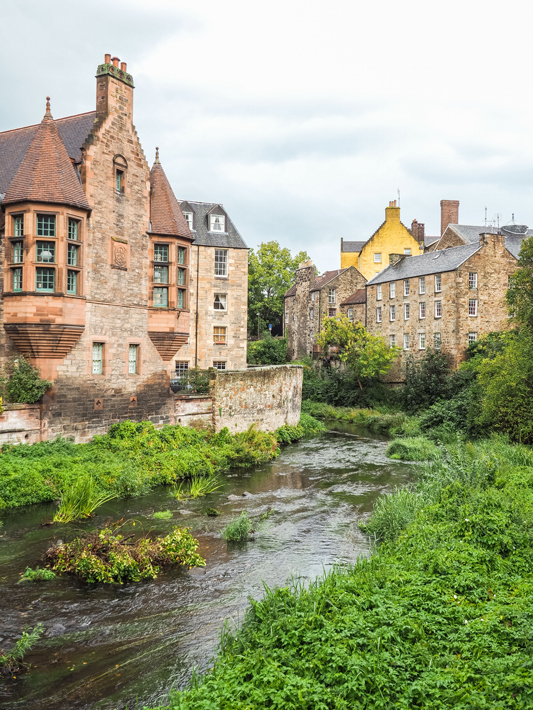 If you’re wondering why none of the photos depict these Edinburgh ghost tours, it’s because they have a no-photo policy in these dark underground dungeons.

The enactments, the props, the acts, the effects and the stories of these Edinburgh haunted tours were so vivid and entertaining that, as a horror buff myself, I truly enjoyed following.

I highly recommend you book yourself at least one of these ghost tours to get the full Edinburgh experience!

TIP: If you’re here in August, don’t miss the Royal Edinburgh Military Tattoo, with dozens of military bands and dance groups performing within the castle grounds.

Special thanks to VisitScotland for this Scotland experience and Changi Recommends for keeping us connected throughout! All opinions remain my own.