Student Travel Series #10: On having a global community

Home » Student Travel Series #10: On having a global community

Meet Sarah, the fun-loving lady behind The Girl With The Map Tattoo. Young at heart, I first connected with her when I was asking around for tips when I was preparing for my trip to New Zealand. (Now you know who to turn to for more New Zealand tips!) 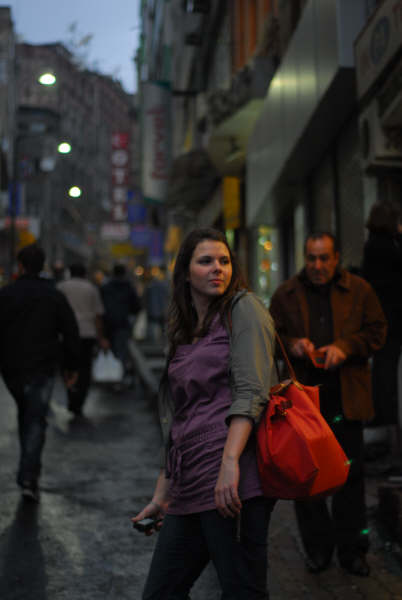 1. What’s your name, age, occupation and country you are from?

Sarah, 30, writer/blogger, from the US

2. Why did you decide to study overseas?

I’m not sure, I just knew I wanted to… I had been traveling with my family quite a bit and really enjoyed it… I also knew I just NEEDED to get to Scotland!

3. In which country did you study and how long?

Scotland, one term… also Italy, one month summer term and Turkey, also a month long summer term. I also went to graduate school (post-grad) in Scotland… a year and a half.

4. Share a favourite photo taken while you were studying abroad!

In Turkey, we went to Konya, a very conservative Muslim town in Central Anatolia. I was with five other girls and six guys – two were our guide and our professor, both Turkish. We had been warned that Konya was conservative, and we knew going in that we would probably be frowned upon, even though us girls were technically escorted…. but not by our fathers or husbands. We all wore long skirts to cover our knees and we also covered our heads. But it was very weird to be there. There were few females on the streets, there were men with beards everywhere, the call to prayer, etc.

I had never been to such a religious place before and it was disconcerting, especially after the relative secularism in Istanbul. It wasn’t scary, it was more so just uncomfortable! I will always remember it, and I often wonder what it’s like now, after the Arab Spring and all that.

6. How did studying abroad make you change your perspective of life?

I met people from all over while I was in Scotland for graduate school. My friends were American, Canadian, German, French, English, Scottish, Iranian, Greek, and Dutch – and those were my CLOSE friends. I had gone to a very conservative, very white Univ in the States, so to be surrounded by a global community was amazing. I loved every second of it. Our conversations on nights out didn’t revolve around each other… it revolved around the world: politics, the elections, the War, etc.

I was in Scotland and Turkey (for a visit) when Obama was elected in 2008 – it was surreal to listen to people talk about it, and to see what the world had to say about it… not the American media. Several American friends came to visit me around May of 2008 and my friends peppered them with questions about who they were going to vote for and why it was such a big deal that we had Obama running for office… and my friends were so surprised that we had conversations like that while out at the bar. It really, for the first time, felt like I was growing “up”.

7. What was the best thing that happened to you on this trip?

I made some lifelong friends – I’ve always been shit at making good friends, but all of a sudden, I had this amazing community of friends who are still very good, very close friends. I don’t see them often, but when I do, it’s like nothing has changed.

I also finally lived on my own. I had never lived by myself, and learning to cook and pay attention to the gas metres, etc… that was all new to me!

8. What’s your favourite travel website, whether it be for travel planning or travel inspiration?

9. If you had 2 tips you could share from your study abroad experience to students feeling apprehensive about taking this leap, what would they be?

It can be a scary thing to leave the familiar for the unfamiliar… leaving your friends at home while you go off into the world… it can be tough. BUT – it is probably the most rewarding thing you can do during your college experience. ESPECIALLY these days: meeting people from other cultures is going to be super important in the years to come – we really are a global community.

My tips: take it as an adventure. Take a weekend and go somewhere else nearby. Try to learn another language if you’re living in Europe. Definitely say yes to stuff, even if it sounds crazy. Don’t be afraid to get lost.

My second tip would be… learn to budget and learn to do your laundry if you don’t already know how. Foreign money can really screw with you/your bank account if you’re living off of savings!

Student Travel Series seek to showcase travel stories from students, for students. The aim of this series is to inspire more youths and students to take the leap and discover a world outside of your own!

What do you feel about Sarah’s story? Let us know below!