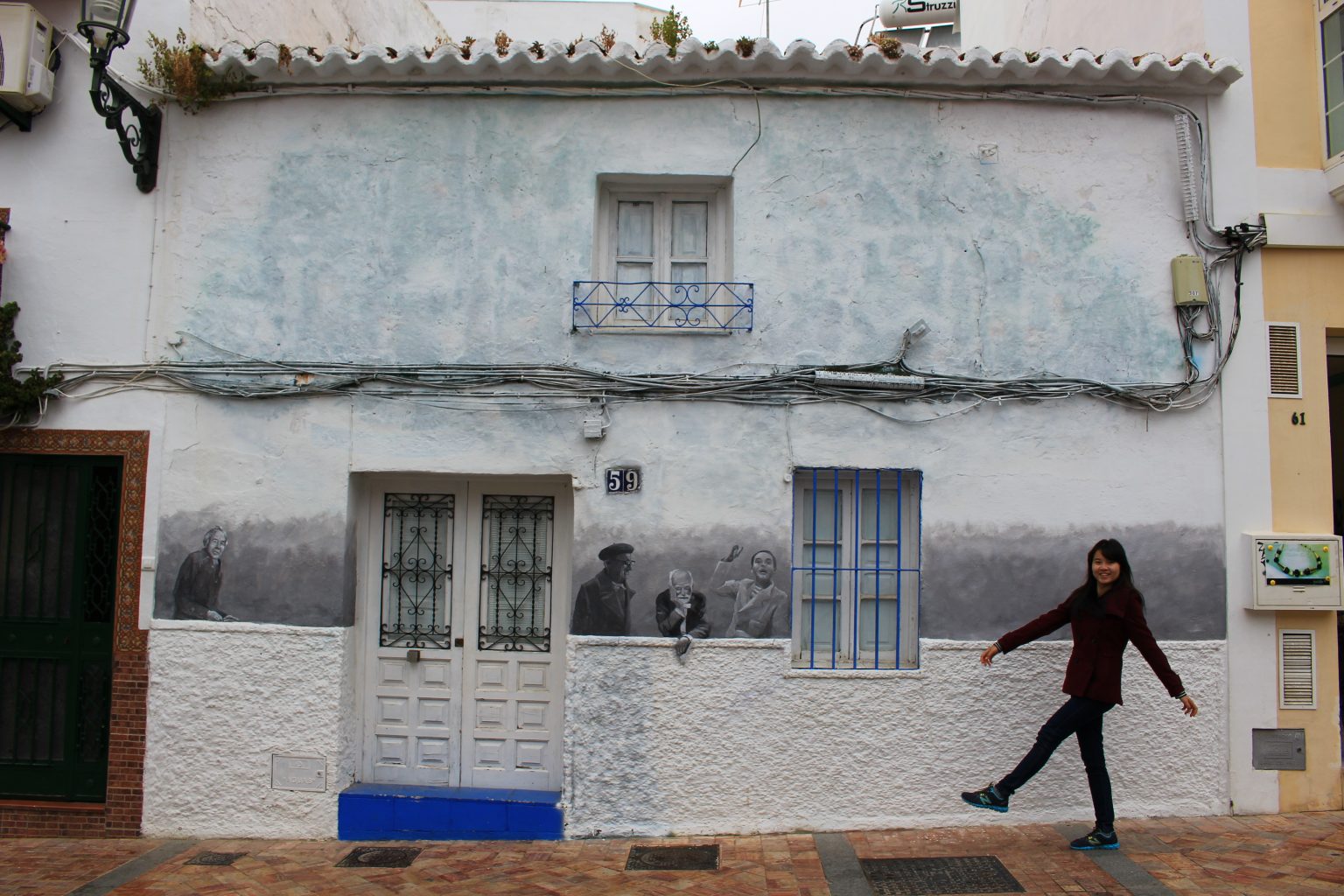 Top Things to Do in Malaga, Spain

Home » Top Things to Do in Malaga, Spain

Where is Malaga, Spain? 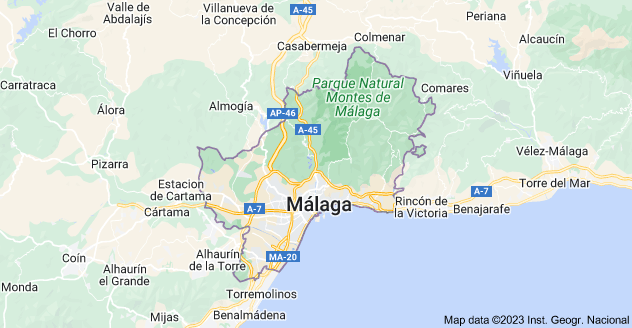 Located in the south of Spain, Malaga is the largest city on the Costa de Sol.

It is famed for its rich architectural history, Mediterranean cuisine, outstanding local wines and beautiful sandy beaches as well as being the birthplace of Picasso.

With its historical monuments, atmospheric little streets and squares with delightful café culture, we couldn’t help but saunter around with the crowd. We found really cheap 1€ beer and tapas.

The main street to head for runs perpendicular to the stunning tree lined avenue, the Alameda, and starts at the Plaza Marina, near the port. Calle Marqués de Larios is also a bustling, pedestrianised chic area with many boutiques, designer shops and classy cafes.

Read on to find out more about the points of interests in Malaga, Spain!

What to do in Malaga, Spain 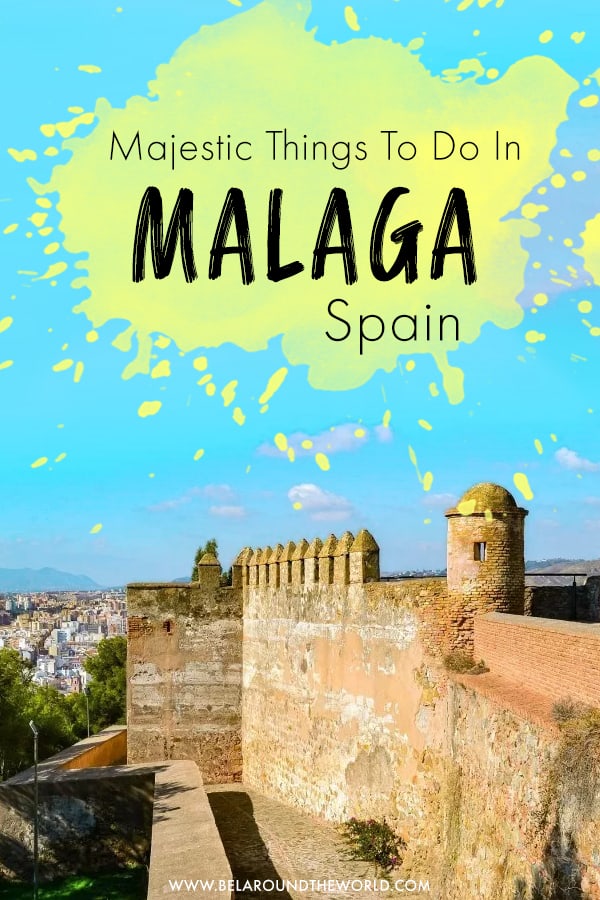 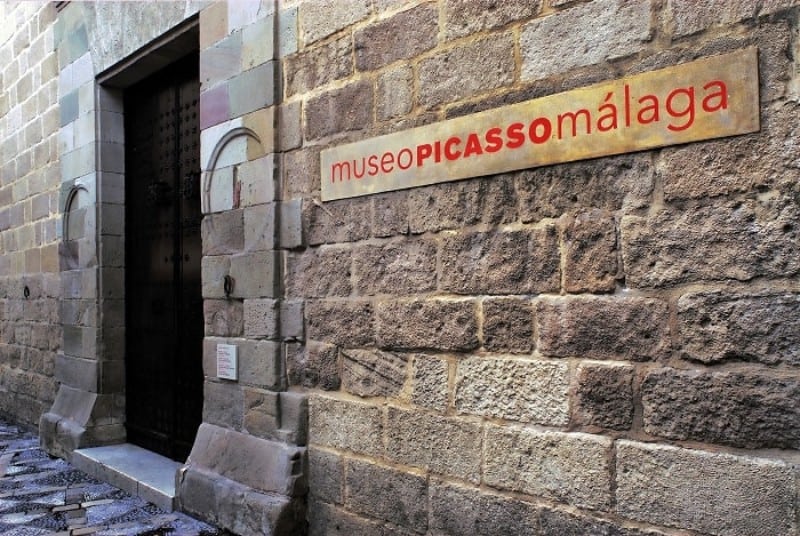 As Malaga is the birthplace of Picasso, it seems only natural that a collection of his artworks can be found in this quaint city. The Picasso Museum houses over 200 of his artworks loaned and donated by Picasso’s daughter-in-law and grandson.

Take a journey through Picasso’s artworks to trace his distinct influences in different eras, notably cubism, neoclassicism and surrealism. 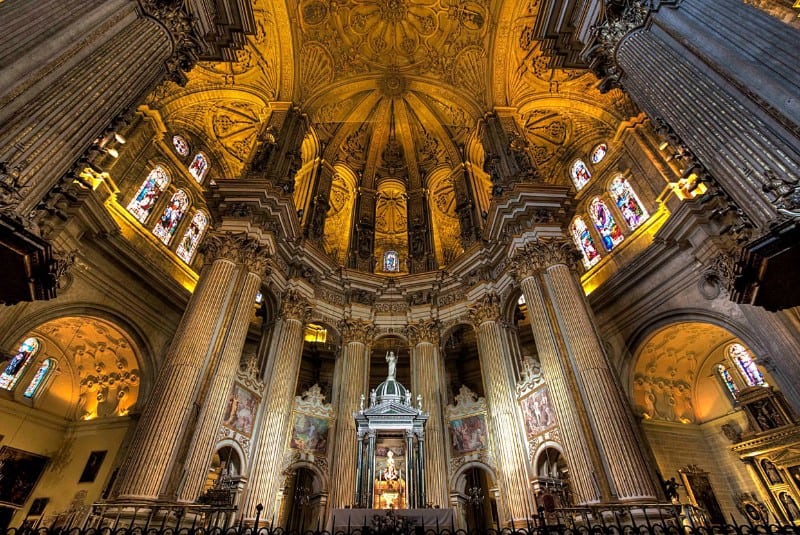 Also known as the One-Armed Lady, the Cathedral de Malaga was a 200-year project that costed so much that one of its two bell towers remain incomplete up till today (hence the nickname!).

Its aisles give access to 15 different chapels, and it is worth signing up for a guided tour up to the roofs for panoramic views of Malaga. 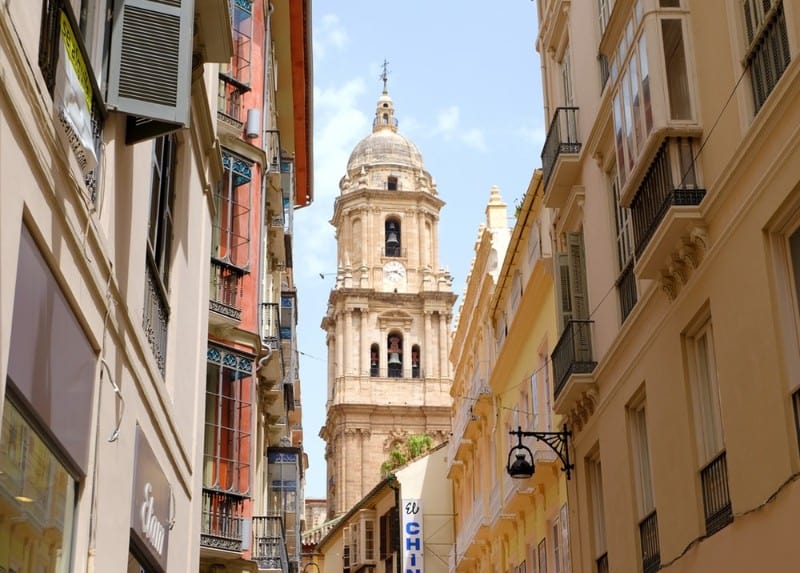 After visiting the cathedral, roam around Old Town’s medieval streets where you can find boutiques, cafes and charming restaurants. 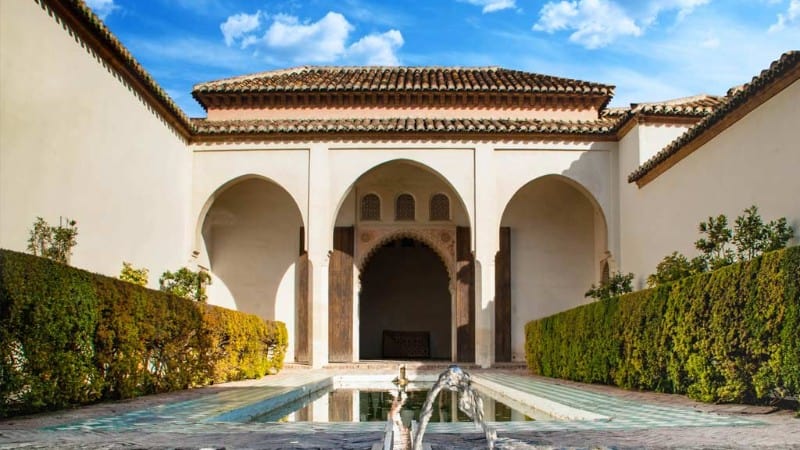 Second only to Granada’s Alhambra, the Alcazaba de Malaga is the oldest monument in the city, and is the best preserved alcazaba in Spain. Its Patio de la Alberca is especially reminiscent to Alhambra as it was built during the same era.

Do check out some of the remaining towers including the Torre de la Vela (tower), the Arco de Cristo (entrance), and the impressive Torre del Homenaje (tower).

Another highlight is the beautiful garden in the castle’s courtyards.

Today, the alcazaba houses the museum of Malaga, where you can learn all about the history of the this ancient fortress. 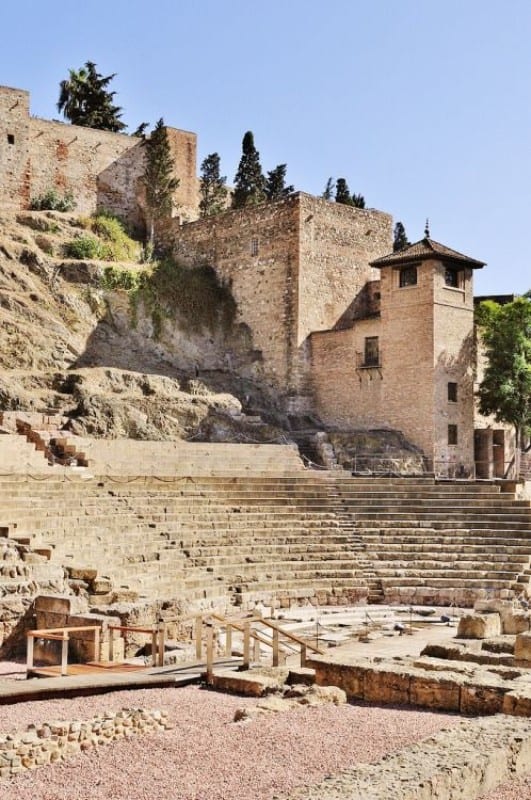 After touring the Alcazaba, head towards the foot of it and you will find the Roman Theatre. It is one of the few ruins left in the city of Malaga after it was bombed during the civil war in the 1930s. 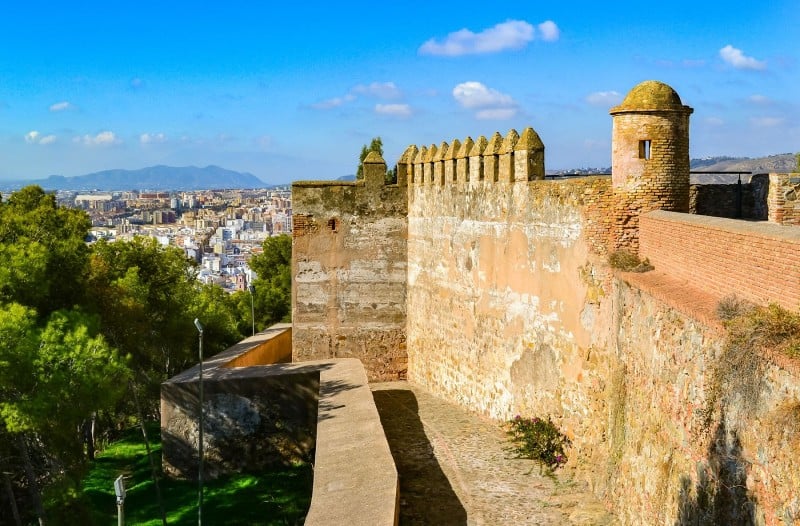 The Castillo de Gibralfaro is another fortress in Malaga, Spain. It is mostly in ruins today, but you still get to see stunning views of the city from this vantage point, such as the Mediterranean coastline. 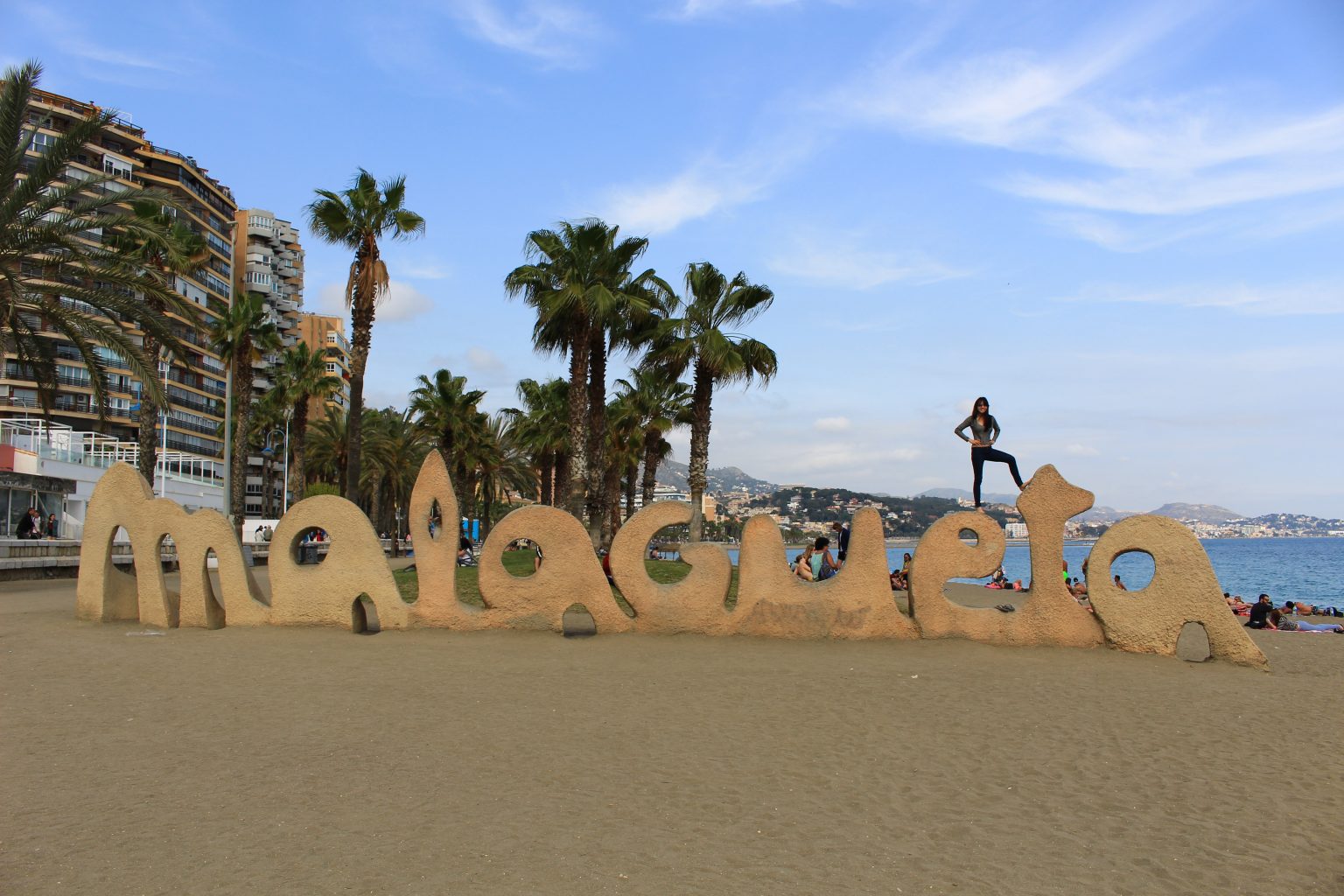 Thanks to a recommendation from a local sharing the table with us, we visited one of Malaga’s famous beaches, the Malagueta beach.

Malaga has a pleasant weather all year round and is considered one of the sunniest cities in Europe, so the beach is definitely worth a visit if you are looking for a nice place to lounge around. 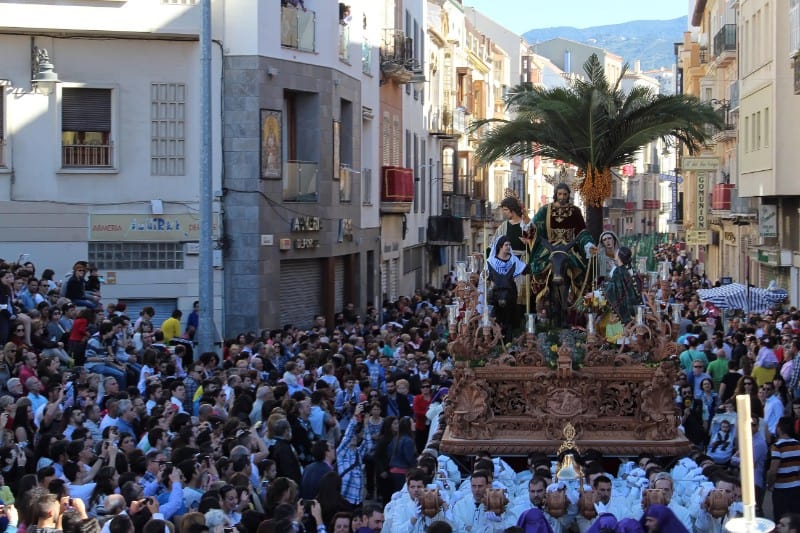 The Holy Week is one of the main cultural events, religious and tourist attraction of Malaga. In the week leading up to Easter, parades will be held the city of Malaga where you can witness at least two large floats – one carrying a figure of Christ and one of the Virgin Mary. Processions usually start in the afternoon and last till the night.

If you’re visiting Malaga during this period of time, I highly recommended that you travel around by public transport, as some roads are cordoned off during the parade.

How to get from Malaga to Granada, Spain

The most economical way to get from Malaga to Granada is via carpool. The journey would take less than 2 hours and the cost ranges around 9 – 12 euros.

Check out Blablacar and start planning your day trip!

I recommend travelling by bus as it is faster than the train.

Buses leave from Malaga bus station and arrive at Granada bus station. The journey takes around 2 hours and costs around 10 euros.

There are regular buses scheduled throughout the day. I went with ALSA.

Malaga is definitely one of the more underrated cities in Spain, with hidden gems around. With this guide on the 8 things to do in Malaga, this city would make a great day trip from Granada.

Also stop by Nerja while you’re here. I have combined both Malaga and Nerja as a day trip from Granada. 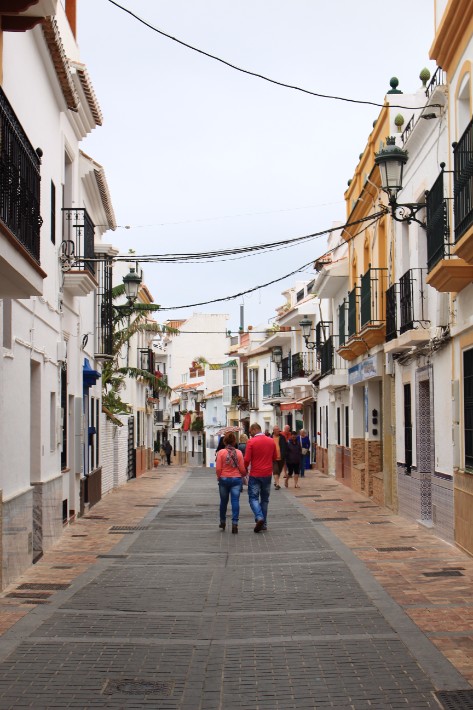 Nerja used to be a fishing village, but now it has been transformed into a town with a population of 22,000. Sitting at the eastern tip of Malaga’s Costa del Sol, it boasts of 16 km of beaches. 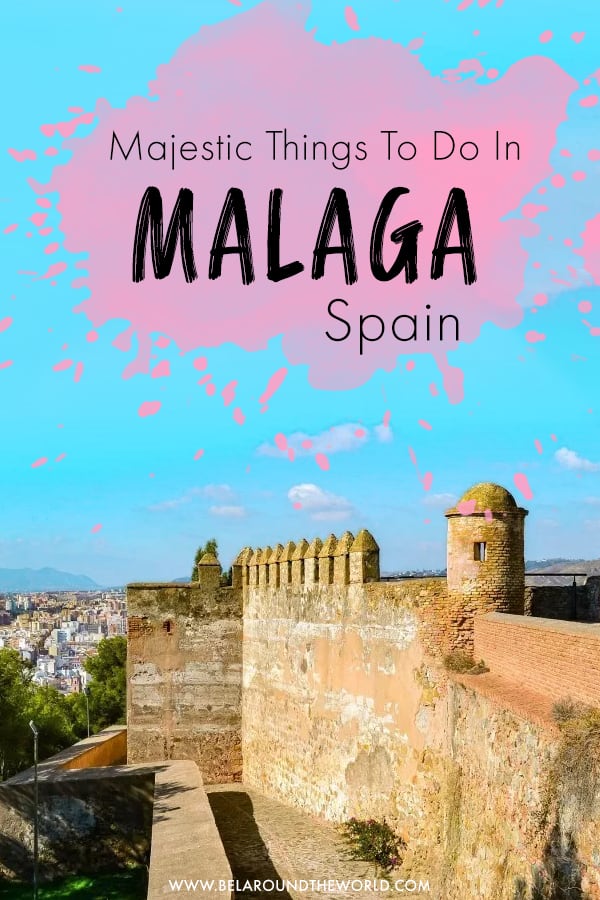 Read other posts about Spain!

Fascinating Things to Do in Ronda, Spain – Day Trip from Seville