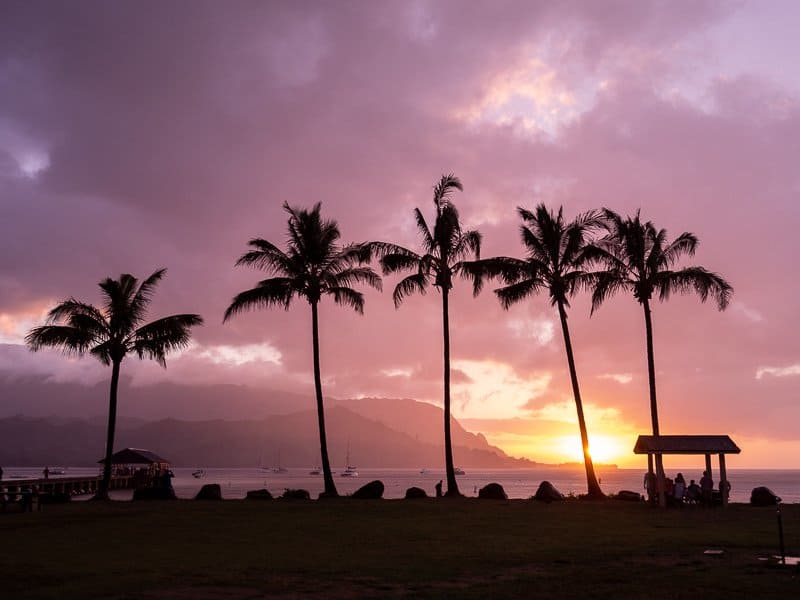 I’m not here to tell you that you should travel unplanned. As someone who is used to having a perfect itinerary planned out from A to Z, this trip to Hawaii had been most unexpected. If anything, the personal experiences I’ve encountered have encouraged me more than ever to face my fears and do it anyway.

It’s always a good idea to leave some spontaneity in your travel plans. The most wonderful thing can happen if you only leave room for it. Here’s my story.

On the last day of my intended stay in Kauai, I was originally planning to explore the island on my own.

As fate would have it, a local whom I’d met through a mutual friend reached out, offering to take me around the island. This was something I never would have been able to plan or expect, no matter how detailed you plan your itinerary.

Exploring the island with a local, in my opinion, is also the best way to get to know a foreign land. I immediately jumped at the opportunity. 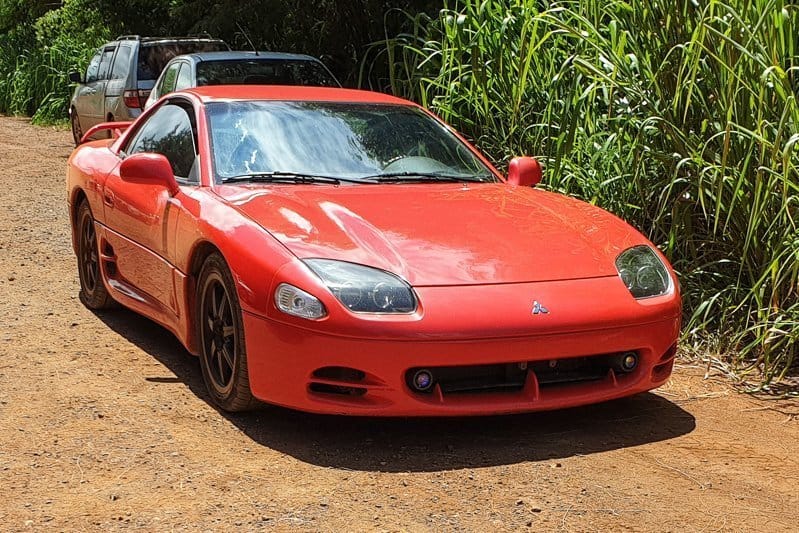 The kind of car that makes soooo much noise 😛

I had the fortune of being driven in a fancy vroom vroom sports car (the kind that would attract onlookers) to hidden local beaches (including a nude beach that was almost isolated from the main roads) and fancy mansions (like Mark Zuckerberg’s property). I got to live a version of a life that only happened in the movies and Hollywood. 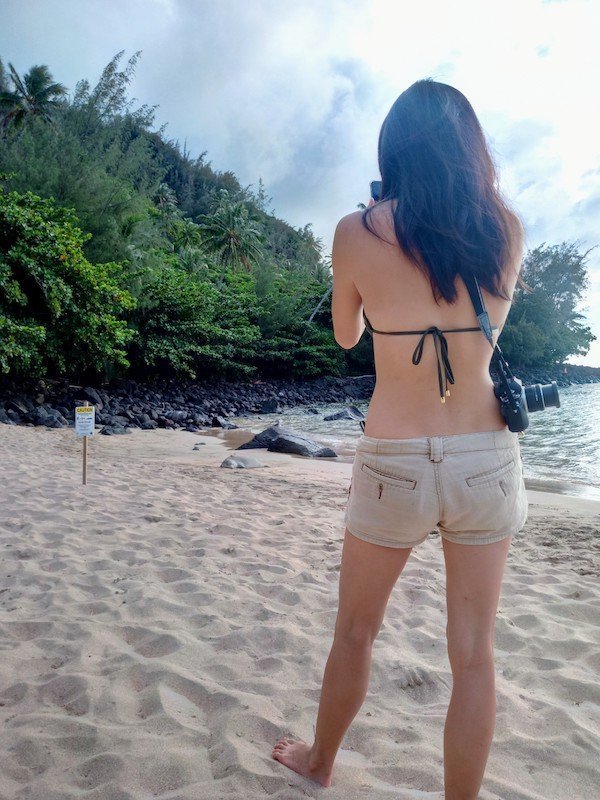 We beach-hopped around Kauai, chatted and took pictures. Rarely enough, we also spotted a rare seal swimming onshore. He had an unusual device attached to his body – a GPS device. What an unusual sight!

I was on a high blasting music through the boom box of his antique car (almost as old as me) which he fitted in.

The day turned out really well and we both hated to say goodbye when the time came to check into the airport, with only a day (in possibly forever) to spend together. I bade a bittersweet goodbye to my newfound friend.

As fate would have it (again), there came an announcement in the airport that the plane, which was slated to fly in 30 minutes, was unable to fly.

Are you kidding me?!

While we aren’t in control of many situations that befall us, we have full control of how we decide to react to situations like this.

Instead of lamenting about a missed flight and a messed up itinerary, I was – unbelievably – rejoicing inside that I could spend another 19 hours on an island I’ve come to adore, with someone whose company I’ve also come to enjoy. 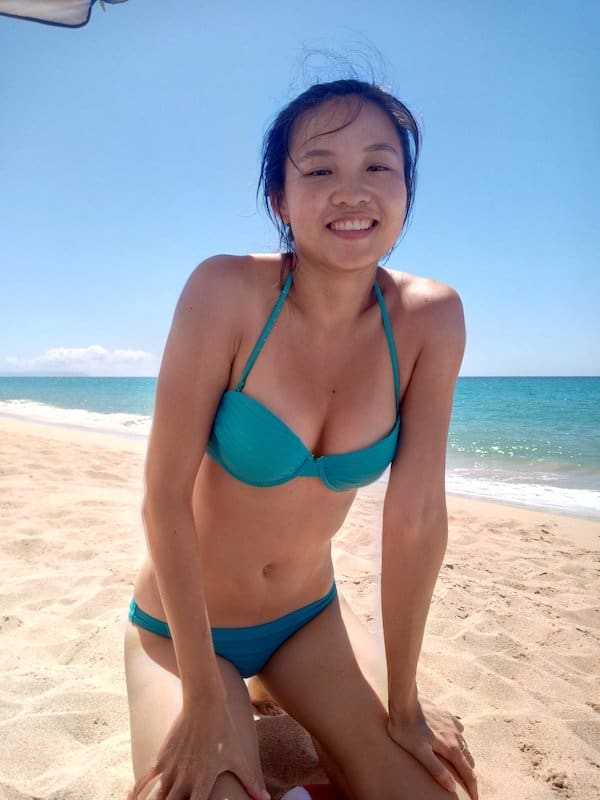 The second day saw us enjoying quiet time at a beach on the far west of Kauai, in Polihale. It was another one of those beaches unknown to tourists, so we had the whole beach to ourselves.

Cheeky me couldn’t pass up the opportunity to skinny dip in such clean, clear waters.

The day was too short, and before long, he was sending me to the airport again. This time, I overestimated the time it took to reach the airport and only got there 15 minutes the plane was scheduled to fly.

Am I going to earn an extra day in Kauai, again?!

I was left with no other choice except to book the next flight to LA. It would be the second time Cade drove back to the airport to pick me in a span of 24 hours!

You’d think I’ll be homeless in Kauai given all the missed flights, but my newly made friend unhesitatingly took me in and gave me a roof over my head.

This is the sort of circumstances where even if the world conspired against you, you can’t help but believe in the kindness of humanity.

We finally fulfilled our initial wish to enjoy a beach bonfire in Kauai, together in the company of his friends.

Getting lost in the twinkling stars, listening to the stringing of guitar and the sound of lazy waves, a wave of contentment washed over me.

Right there, right then, I have nothing to worry, nothing to be stressed about, and so, so much to be grateful for, for overcoming my fear of travelling to the US alone. Not succumbing to the stereotypes about the US – how it’s dangerous, guns are legal, homeless people are rampant, people are rude, driving is scary… – might just be the proudest decision I’d made in awhile.

I’m not a believer of ghosts, but I think I can almost believe in magic then.

The extra day in Kauai started with a morning sunrise beach run, something so healing it fuelled me with endorphins and happiness. I could foresee myself spending my days happily going on my morning runs while watching the beach light up in the morning golden hour.

Where I was driving from place to place to hit all the attractions in Kauai, I could finally roam the streets of Kapa’a lazily and without any agenda, sit under a palm tree journalling and swing on a hammock by the beach. After all, I’d earned myself an extra day in Kauai. What more can I ask for? 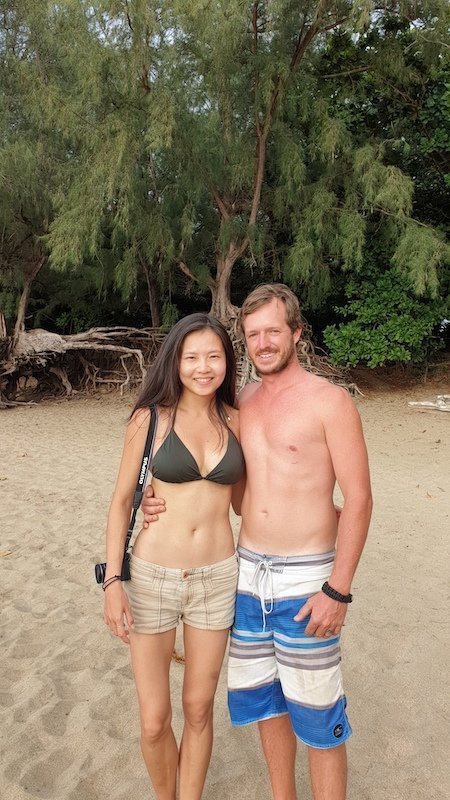 This Hawaiian boy and I would turn out to have much more planned for us, and I will maybe share about it in the near future. I’ve shared bits and pieces on Instagram, if you were observant enough!

The missed flights and extra days in Kauai turned out to be a pretty crazy turn of events. How such happenings (that were beyond my control) transpired during this trip made this an extra memorable and special experience.

It made me believe that maybe, just maybe, we only need to give ourselves a chance for life to show us how wonderful it is.

While I used to pack my activities back to back, I’d decided to take it easy on my visit to Oahu. I very fortunately met kind people on Couchsurfing who picked me from the airpot, hosted me for the duration I was in Oahu, and took me around the island, making my days and evening occupied with activities.

Tharon, though he was working in the day, took every free opportunity he had to do things we both enjoy together – yoga and surfing. I was most excited to be able to get better at surfing since the last time I tried surfing was my first time, back in 2017 in Bali. 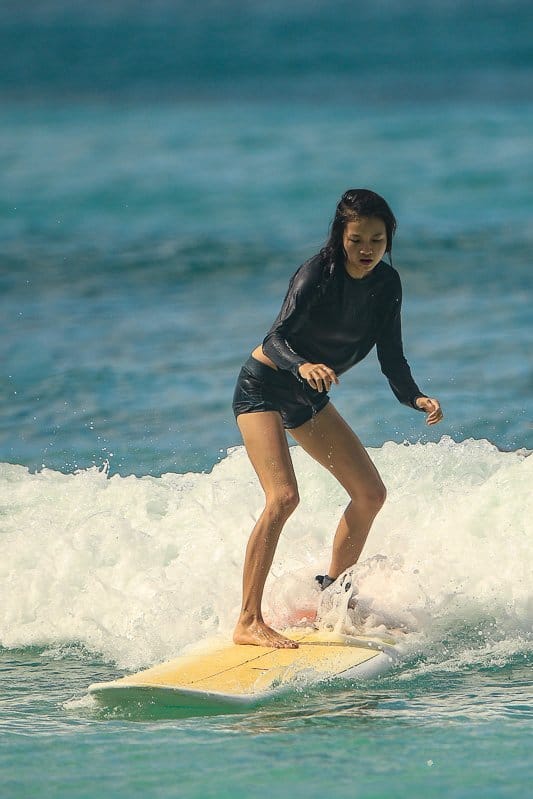 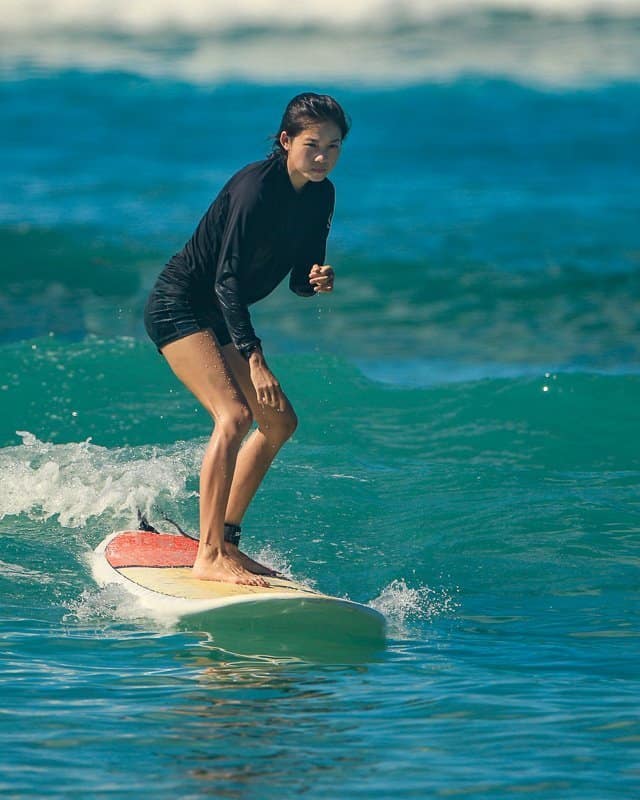 He wouldn’t let me miss any wave on Waikiki, and I was spent by the end of it. The best part though, was lying on the surfboard, watching the most magnificent Hawaiian sunset.

The sky turned from blue to purple to pink to orange. It was FLOURISHING in the boldest colours! These colours melted into the water, which glistened like molten gold. It was one of those times I was painting the sight in watercolour, mentally. I will never forget a sunset like that. 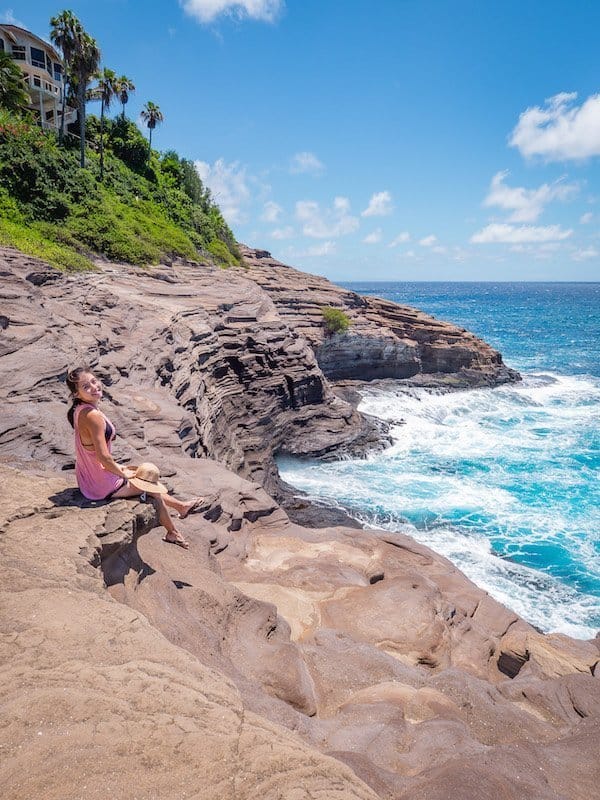 Tony has also been the kindest, sparing 2 days showing me around Oahu. We covered the North Shore and the East. He took me to hikes I wanted to go, hidden viewpoints (that only locals would know of), and gave me the opportunity to snorkel where fishes were in abundance. 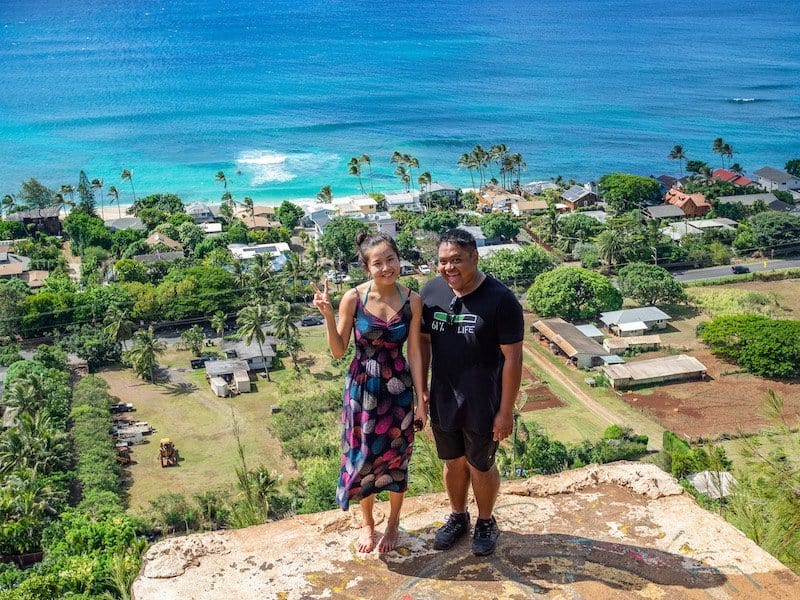 Tony and I on Ehukai Pillbox hike

We did a fair amount of beach-hopping as well, and not once did he spare any expense to show me the best that Oahu had to offer.

All these amazing experiences only goes to reaffirm my decision to couchsurf, and not only that, to be unafraid to reach out to male hosts, even as a solo female traveller.

All of us had one thing in common – a love for life. They’d taught me to be present in the moment and to enjoy each wave as it comes.

Tell me, have you had such magical encounters in your travels?