Paris has always been a popular destination for travellers. Having been based in France for the first half of this year, I have been in and out of France several times and have spent considerable time hanging out with Parisians, exploring alone and travelled as a couple with my boyfriend.

As such, I’ve decided to provide a Paris arrondissement guide with whatever knowledge I’ve learned about Paris, in the hopes that my insider knowledge would make it easier for you to plan your Paris trip, especially if it’s your first time.

Because Paris is one of the densest cities in the world, both population- and attractions-wise, I’ve split this post up by location to share each location’s attractions and food highlights.

How many arrondissements are there in Paris?

Paris, the capital city of France, is split into 20 arrondissements, with the river Seine cutting through the city’s centre.

Are you camera- and tummy-ready? 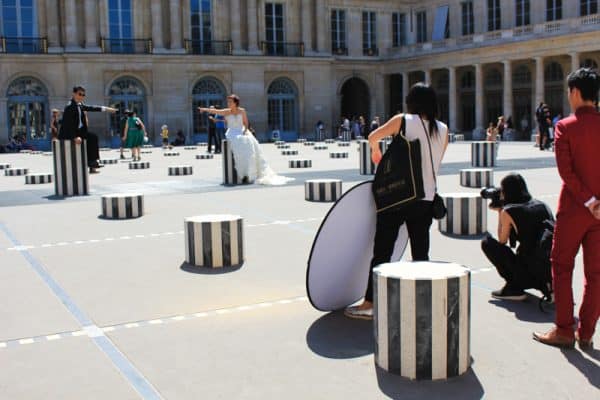 A picturesque palace where you can find iconic striped pillars that are of different heights. I’ve seen this in pictures and I was supremely excited to have chanced upon it while exploring around the Louvre. 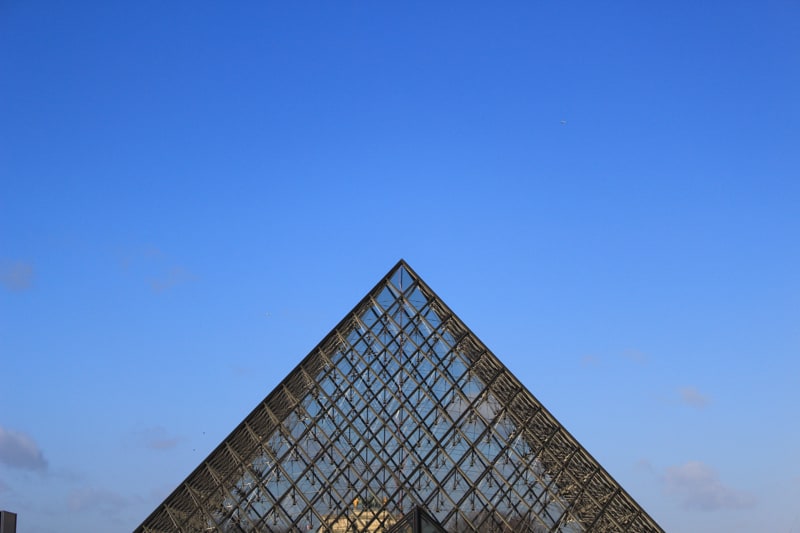 Want to catch this pyramid without hordes of people? Come at dawn, when the world is silent. Otherwise, skip the queue here.

If you’re confused over which pass to get (Museum pass vs Paris pass), this informative guide can help. 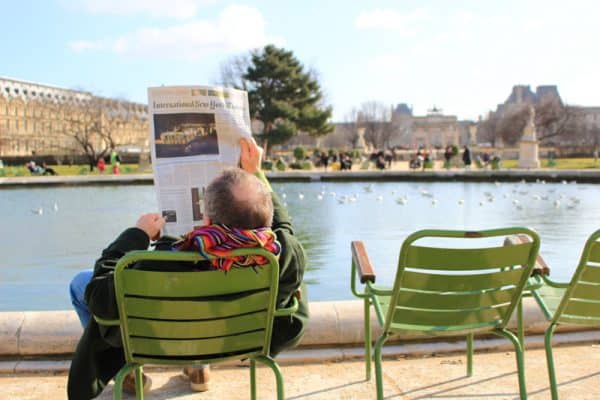 Feed the pigeons, lounge by the fountain. Learn to make peace with time here. 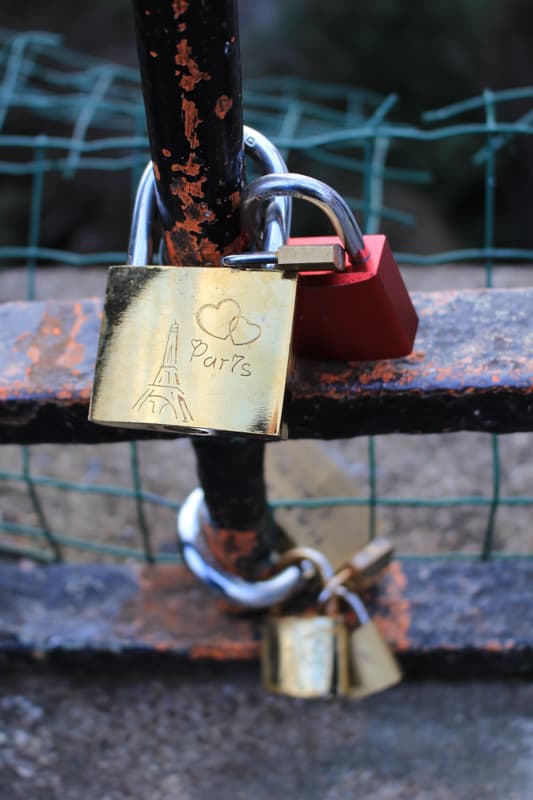 It was underwhelming for me, because the locks are now covered by wooden boards to prevent further addition of locks on the bridge.

Situated on Ile de la Cité, the island in the middle of the River Seine. Not much reason to come on this island, if only for this famous ice cream shop. Exact location here.

A square filled with some of the biggest brands of watches and jewellery.

Street filled with everything branded you can imagine. Walk along this street if only to witness the grandeur of the architecture and sniff the lavishness of the air.

Popular street among the young to do shopping at

Be dumbfounded by the splendour of this building.

One of the famous parks in Paris with symmetrically-lined trees, surrounded by the remarkable Parisian building designs. 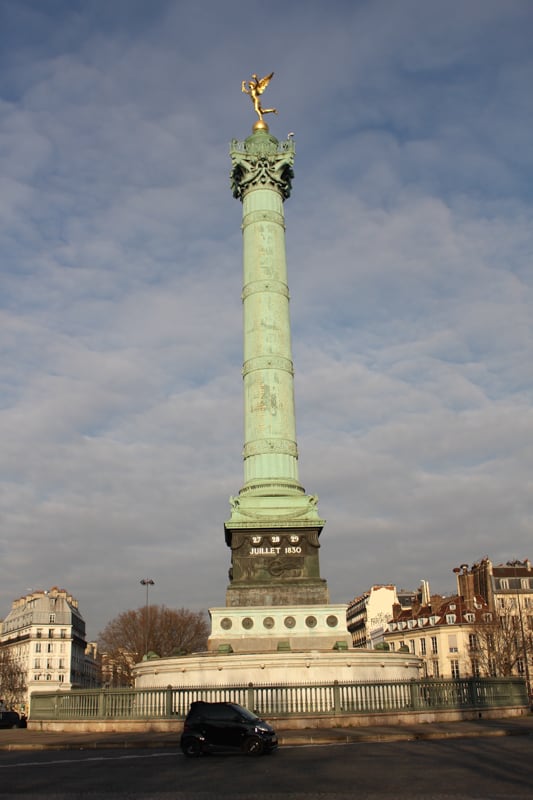 14 July is the French national day and also called Bastille Day. It is traditionally considered as the symbol of the French Revolution and on this day, many will gather around this monument to celebrate.

A happening pedestrian street that is lined with cafes. It is nicknamed gay street, and is also part of a Jewish quarter. Come here with an empty and adventurous stomach, and soak in the atmosphere of one of Paris’ liveliest streets. They have a famous falafel shop on this street. Just spot the shop with the longest queue!

Originally built as a church, it is now a mausoleum containing the remains of distinguished French citizens.

Your trip to Paris will not be complete if you don’t visit this bookstore. Along Rue de la Bücherie, it is undoubtedly the most famous bookstore in Paris, having appeared in countless of movies.

Another famous street lined with restaurants that is bustling all day long. You can find some of the cheapest set meals (10€) and italian ice cream (3€) here.

This arrondisement in particular contains some of the city’s most expensive properties, with apartments fetching an average of $1,500 per square foot.

Most famous cafe, owing its fame for patrons such as Simone de Beauvoir and Jean-Paul Sartre, young writers such as Ernest Hemingway. Other patrons included Albert Camus, Pablo Picasso, James Joyce, Bertolt Brecht and the American writer Charles Sutherland. It has appeared in many movies, art and literature. Be warned, with fame comes steep prices.

One of the oldest and the most prestigious coffeehouses in Paris.

A street that’s famous for drinks at night

Also the richest arrondisement in Paris. It has an average household income of more than three times that of the 19th, the city’s poorest. 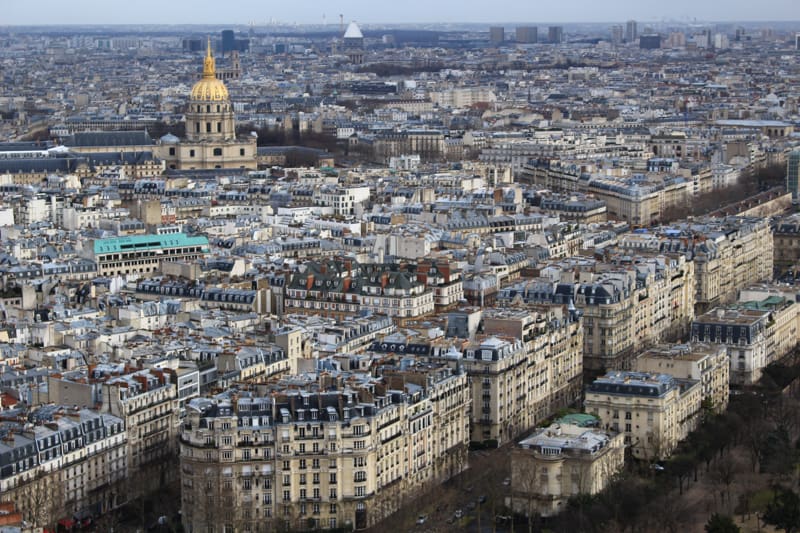 A museum containing the military history of France, as well as a hospital and a retirement home for war veterans which were the building’s original purpose.

It stands alone very imposingly at the end of Pont Alexandre III, with its prominent golden-tiled dome roof. 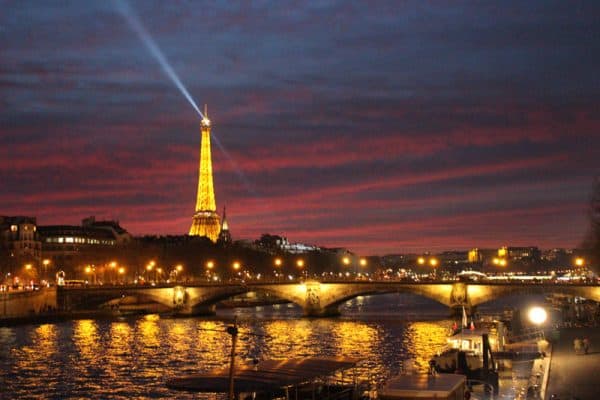 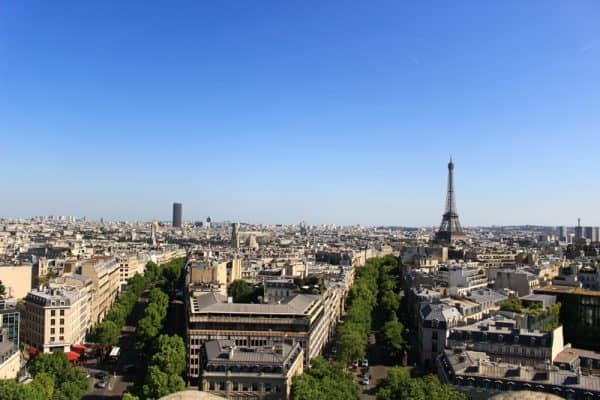 Nothing else needed to be said about this. To find out the best spots to take photos of the Eiffel Tower, this post provides the best locations.

If you want to head into the Eiffel Tower without having to endure the long tourist queue, get priority access here. 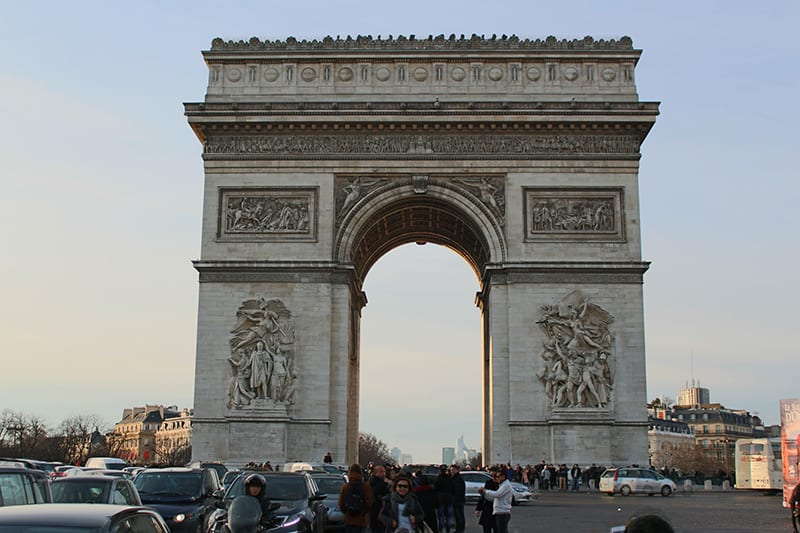 An unmistakable monument at the end of Champs Élysées, where 12 avenues converge to.

The most famous shopping street of Paris. 90% of the pedestrians here are tourists. Overrated and expensive street, if I may so say. Ferris wheel that you also would not miss seeing on the other end of Champs-Elysees. 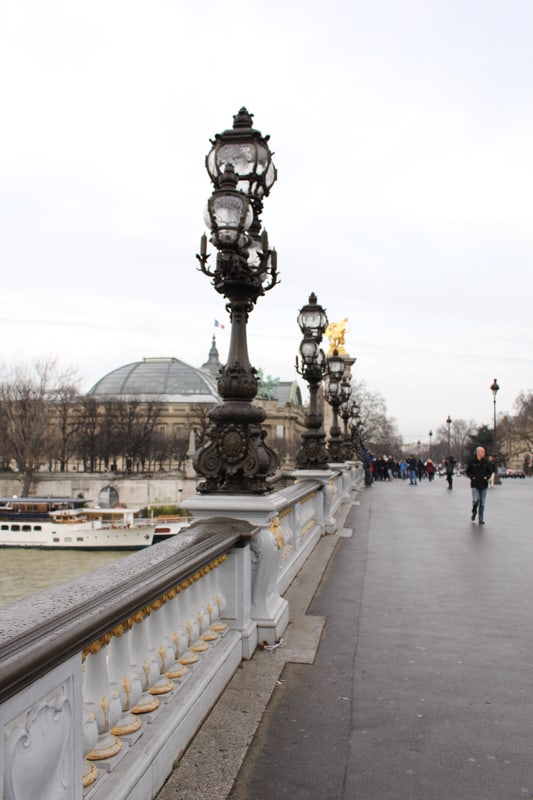 I absolutely adore the lamps built upon this bridge. THE shopping mall to go to if you’re a tourist chasing after branded items. And also the mall to avoid if you hate crowds.

Inside the Sacré Cœur Basilica A square where artists congregate. Plenty of inspiration here to draw from. I’d advise you to catch this at night, so that you can catch the best of the red light district. 😉 A tranquil park with a lake and a viewpoint of Sacré Cœur Basilica.

A little neighbourhood park to catch a viewpoint of Eiffel without the touristic squeeze. 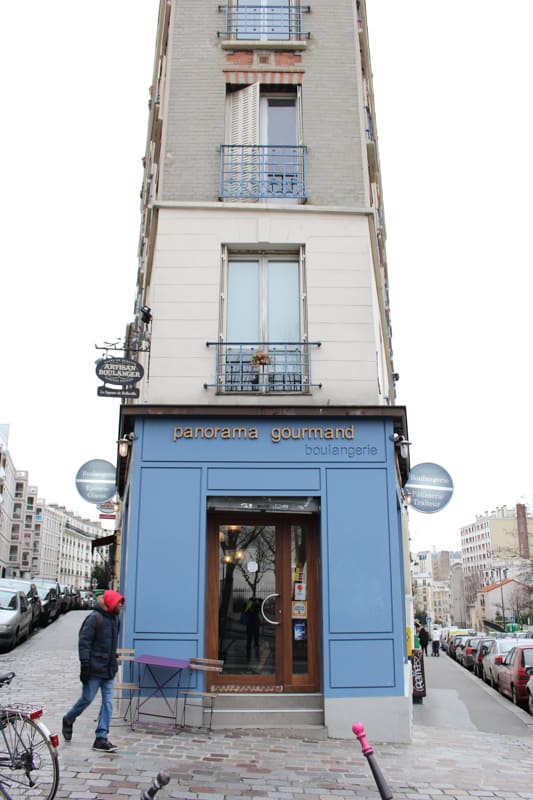 I chanced upon this very Parisian cafe that serves local pastries and other entrees. A video snippet of what they sell here. What caught my attention was the pastel colours it was covered with and of course, the whiff of Parisian pastries. I was just sitting on one of these colourful chairs that day, having my sandwich lunch in the chilly air, people-watching. And I’ve never more peaceful.

Cemetery of the famous. Some of the famous names that have their tombs here include rock star Jim Morrison, Oscar Wilde and composer Chopin. 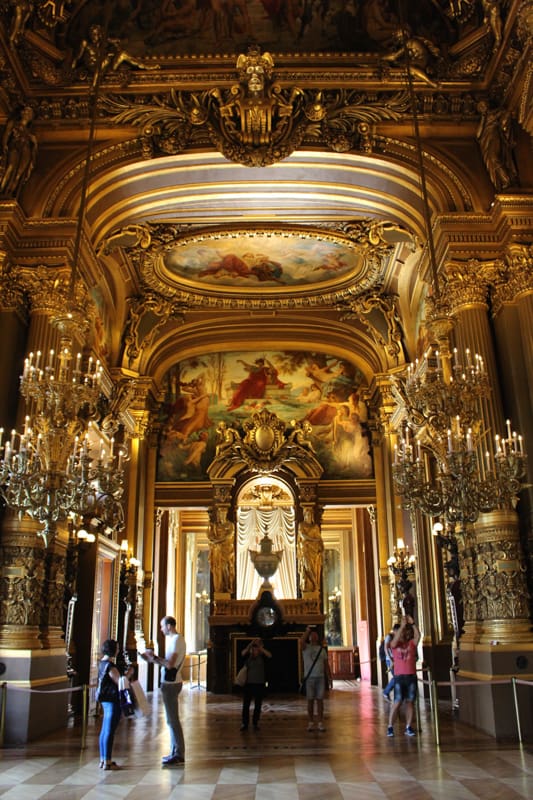 Built in a Baroque style, this 979-seat opera house was built from 1861 to 1875 for the Paris Opera. Yet again, I was blown away by the majestic structure of this opera house.

If you’re a student, why not enter it since it’s free to admire the flamboyance that this opera has to offer? This is but one of the many perks of travelling Europe as a student!

If you’re not, you can also skip the queue here!

The best part about being in Paris is not hunting down the famous iconic landmarks but rather, getting lost in between alleys and gazing up only to find architectures that are remnants of the Romanian, Medieval, Renaissance, and Classical periods of Paris history. If hunting down food is more up your alley, then this list of 15 dishes to try in Paris is a must read!

A Different Kind of Holiday – the Camino de Santiago

5 Best Ski Tracks in the World

12 Best Beaches In The World To Bookmark – Part 3