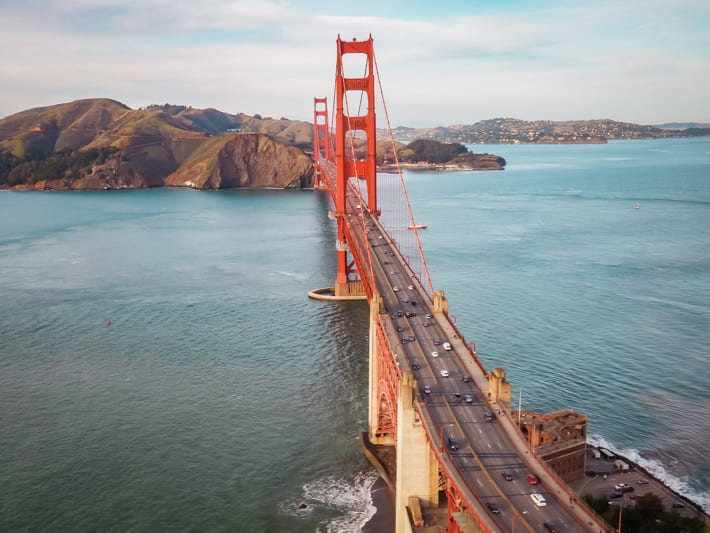 10 Unique Things To Do In San Francisco

San Francisco is an incredibly beautiful city that for me is associated with the hills, trams and the hippie spirit. This place is not very similar to a typical American city: it is much more calm, relaxed and artistic.

However, the tourist centre is way too small with narrow streets and far too many people. San Francisco is a popular city to visit at any time of the year and there’s no chance to catch the “off-season”.

Therefore, after a few days, and sometimes even after a few hours, you can get tired of this densely populated area and start looking for non-touristy and unique things to do in San Francisco. 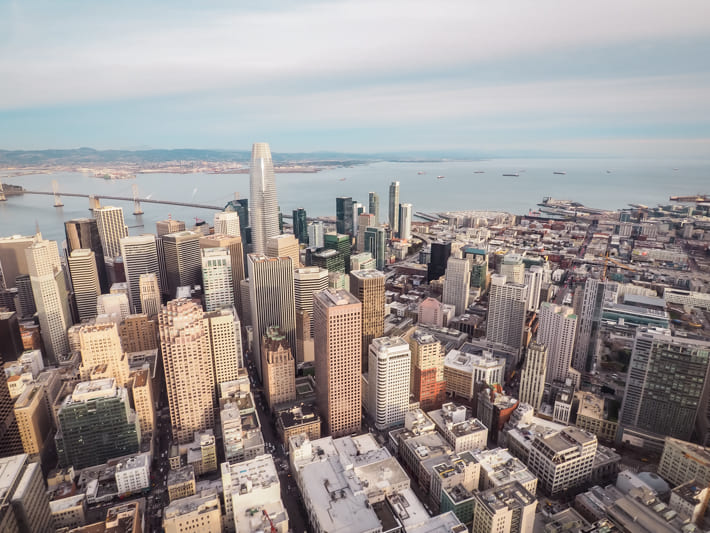 8 Intriguing Solo Travel Experiences Not to Miss in San Francisco

I hope that this list of things will become handy for those looking to step off the main tourist trail and escape from the tiring crowds.

Quirky, fun things to do in San Francisco, USA

1. Go behind the scenes at Oracle Park 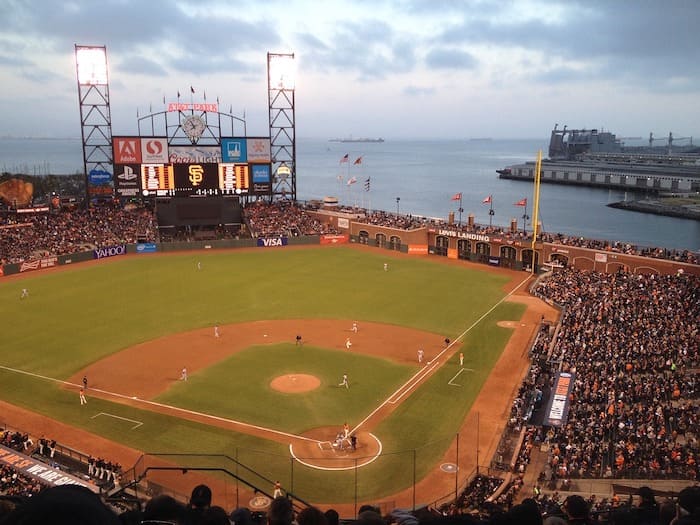 The San Francisco Giants stadium, formerly known as AT&T Park – now Oracle Park – is a great place for the family. It is next to the water and is overall a perfect way to experience the San Francisco Bay.

There are lots of outdoor restaurants and bars; people even sit in the boats on the water waiting for a home run to come over the wall into McCovey Cove (they are called splash hits, a feat that’s only been accomplished 81 times, half of which were done by Barry Bonds).

For USD22 per adult and USD12 per kid’s ticket, you can opt for an Oracle Park tour that lets you see inside San Francisco Giants Stadium, which is a fun activity for all ages alike.

During the tour, you will walk behind the scenes to see the field’s warm up track, dugout, batting cage, clubhouse, press box and the luxury suites. The duration of the tour is 1.5 hours so plan accordingly. 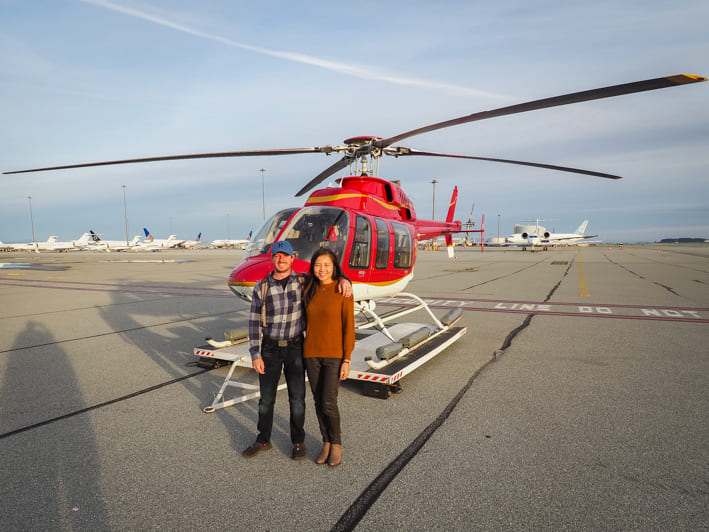 A few centuries ago vibrators were actively advertised in fashion magazines and used in medical practice. In fact, vibrators were first designed to treat female nervous disorders and later on used to cure anything from headaches and asthma to tuberculosis.

Vibrators were recommended not only to treat health issues, but also for head massage, getting rid of cellulite and even for lower back pain. In the US, vibrators became so popular that by 1917 they often came complete with nozzles for vacuum cleaners.

Update: the museum is currently under renovation but will be open again for visitors soon.

The Golden Gate Cookie Factory – or call it bakery if you want – specialises in only one product – Fortune Cookies. The building is tucked away in a secluded alleyway in Chinatown, and at first glance, the factory can seem dark and even untidy.

However, when you look closely, you can see a real Chinese factory with manual labour (as they make the cookies using the old-fashioned way) and workers who place wishes in cookies all day long. This place in Chinatown seemed to be the least touristy and the closest to the realities of modern China.

TIP: For USD1 you get a custom fortune folded into a cookie. Also, you can purchase bags of warm fresh cookies at an affordable price. 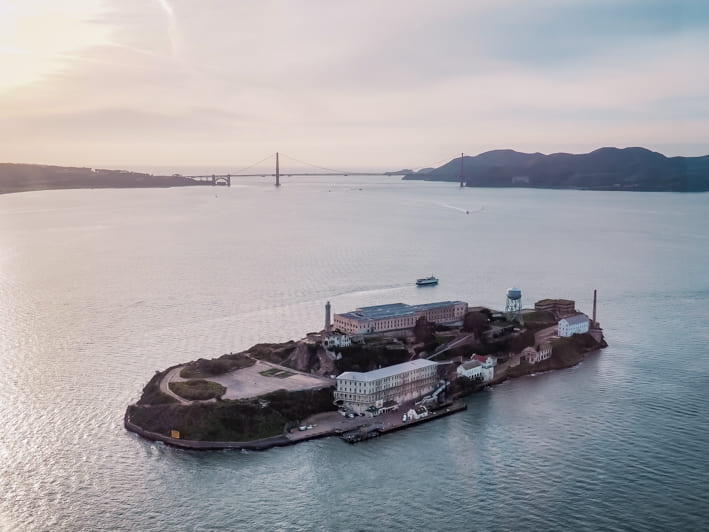 Stepping Into Alcatraz – A Review of Alcatraz Island Tour

4. Have fun at Seward street slides

These 2 concrete slides have been built in a little park in the Castro district – in a very random place I should say. They are especially fun to visit with kids but even for adults it can be a nice chance to relive their childhood and do something cool. There is plenty of cardboard near the slides so you just grab it and go for it.

The neighbourhood around is quiet and nice to explore, especially if you are looking for something non-touristy.

TIP: Don’t put your hands under the cardboard to hold it as this will hurt as you slide down.

5. Take a trip to Yosemite park 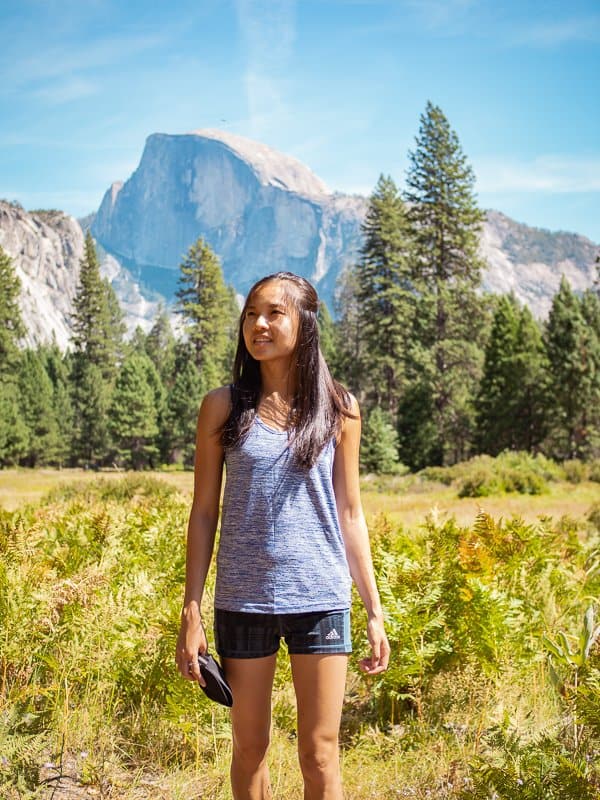 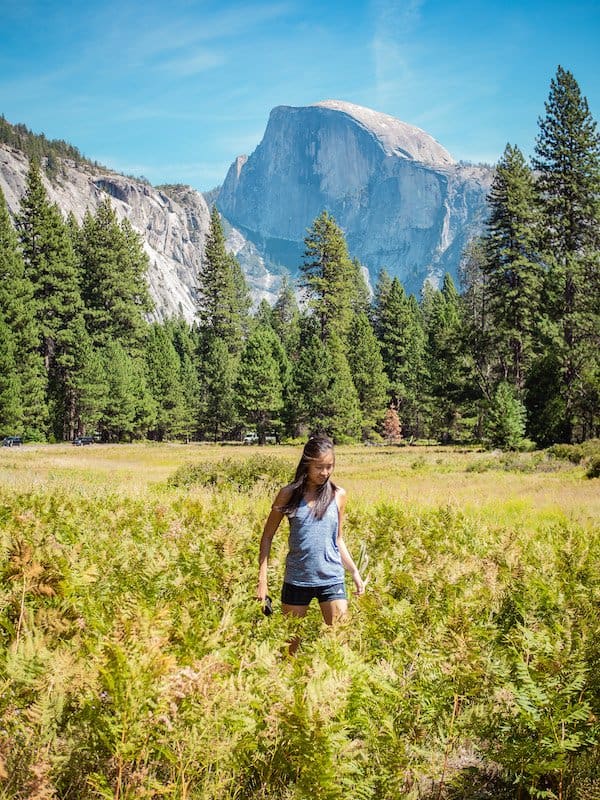 Yosemite is ready to amaze tourists 365/24, and I believe that 3 days is the best amount of time to spend in one of coolest US National Parks. However, if you have limited time, just go there for as long as you can. Any time is better than none.

If you only have a day in the park, head straight to Yosemite Valley, the heart of the national park. The area of the park is more than 2000 square kilometres and it is divided in two parts by Tioga Road. Remember the name of this road – all major places are located along it – Tuolumne Meadows, cycling and walking routes, along with campsites, tourist lodges and a visitor centre. This is also where you can access rock climbing and bouldering routes. 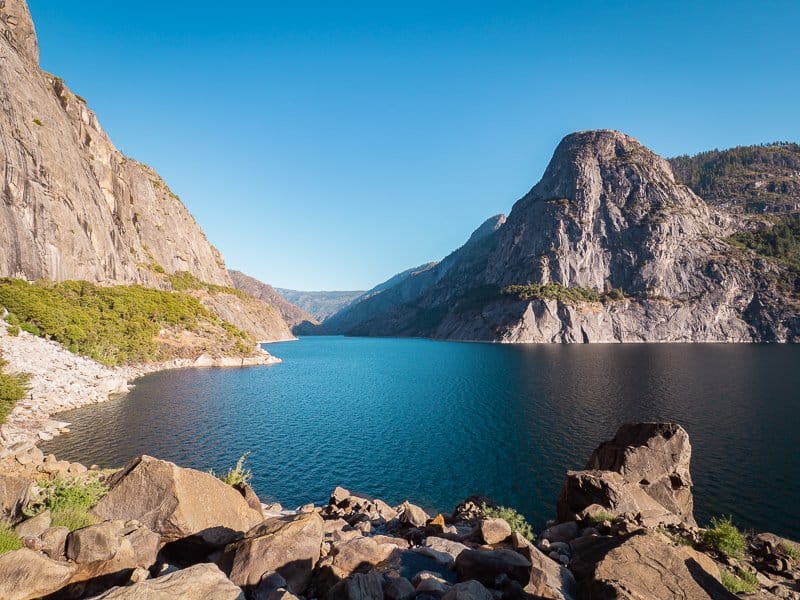 TIP: For the weekend, almost the entire population of San Francisco flocks here, so I highly recommend refraining from visiting Yosemite on weekends, because you will be accompanied by the crowd everywhere which will simply not let you enjoy the surrounding beauty.

Also, God forbid you move from San Francisco in the direction of Yosemite on Friday or Saturday. You will spend 5-6 hours alone in traffic jams, when on a normal day the same road will take a little more than 3 hours.

The San Francisco Dungeon is a show with professional actors that tells about the historical past of San Francisco. The journey begins with descending into the dungeon, and then walking through the labyrinth with ghosts. You will see and participate in 9 state-of-the-art attractions and plunge into San Francisco’s history.

The show has everything from colourful characters to intrigue and this attraction will be interesting for both adults and children.

TIP: Book the ticket online to get the lower price of USD19.99 per person. We had a joint ticket with a visit to Madame Tussauds which cost USD24.99 when booking online.

7. Feel the contrast in Tenderloin District

Tenderloin is considered a “criminal” area so it’s not widely advertised. However, I didn’t find it dangerous or anything like that – it is just not gentrified to the same degree as the rest of the city.

Here you can feel the incredibly unique contrast: on one side of the street you can see beggars and poverty; on the other – businessmen and employees of influential companies…it’s almost like seeing Brooklyn, New York like a local!

You will not see such diversity anywhere else in the city. In fact, you may see in passing by some of the developers of the the best mobile apps you use today, as tons of techies live here and nearby in Silicon Valley.

The most interesting is the geographical location of Tenderloin – it is located in the heart of San Francisco between the famous financial and commercial areas. 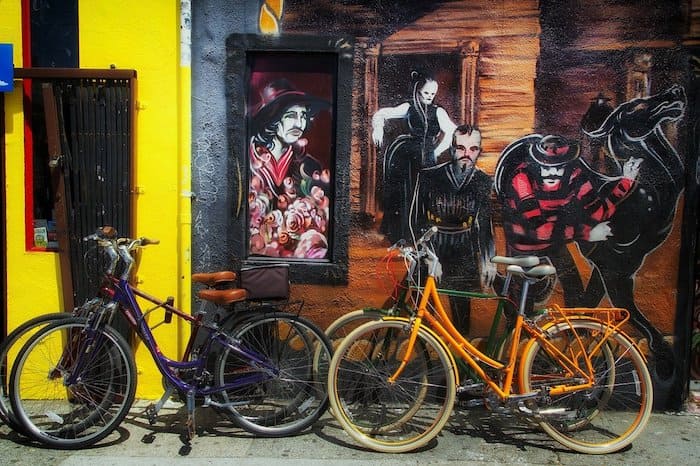 In the 1950s, almost the entire Haight-Ashbury District was occupied by students from San Francisco State College, who are also known as “flower children”.

The first hippies in the Haight were the Beats from North Beach. They filled at that time declining Victorian houses that were rented out for “nothing”. Here, The Grateful Dead, Jefferson Airplane, Big Brother and Holding Company started their way along with the first experiments with psychedelics.

Free food, drugs and free love attracted not only artists, but also psychopaths and weirdos: it was here that Charles Manson, an American cult leader and criminal, recruited his “family”. Alas, the demise of the Haight began with Manson and other organized crime groups.

Today, the district is interesting primarily for the loads of musical and clothing second-hand stores.

9. Walk along the most winding street in the world 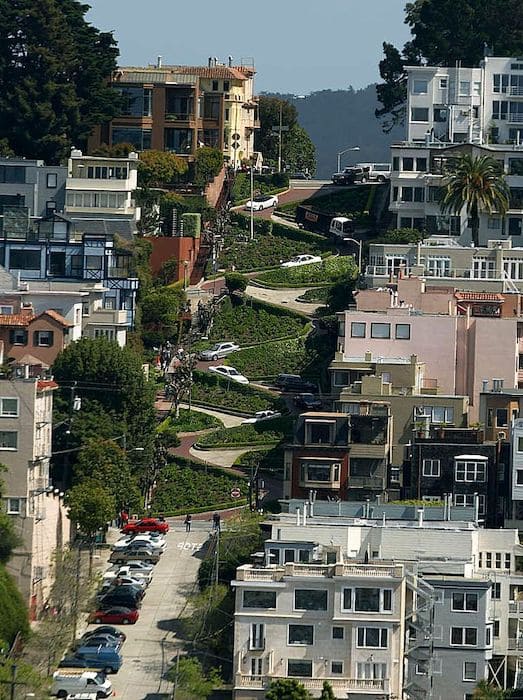 San Francisco is a city of hills, and when it was rebuilt after a huge earthquake and fire in 1906, new streets were laid out with no regard to the terrain. This means that they do not go around the hills, but stubbornly pile on them.

Get ready to pump up your muscles, as well as explain to your friends that it’s not the horizon on the photos that is not levelled, but the city itself. 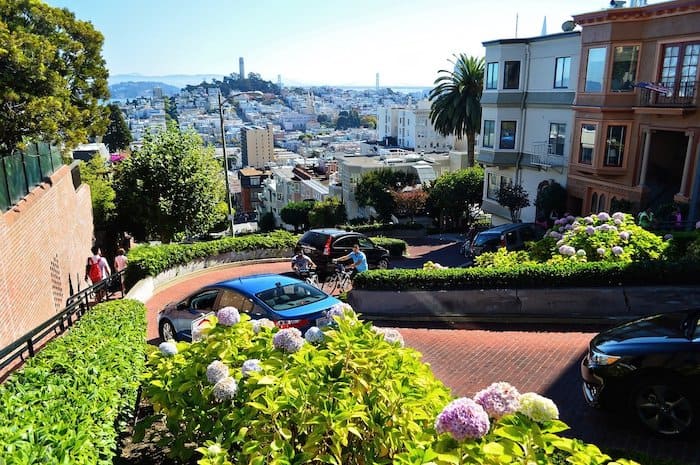 The most famous of these windy streets is Lombard Street with eight sharp turns, which were designed to minimise the speed of vehicles on a steep slope. From the top of the street you can observe an excellent view of the bay and the bridge, and from the bottom – the street itself.

TIP: If you reach to the top of this street, take a walk around the Russian Hill to see beautiful Art Nouveau mansions. 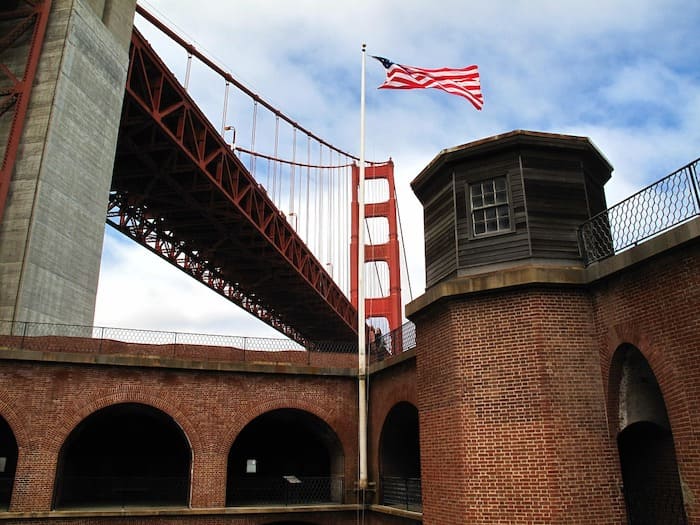 Built back in 1853, it was once a functioning fort which was even involved in some important military historical events of the country.

Currently, it is a monument of historical heritage and is open to all visitors completely free of charge, which makes it quite unique for San Francisco.

Despite this and the location at the foot of the popular Golden Gate Bridge, there are very few people here. Therefore, wandering through the abandoned brick labyrinths is an easy way to tease your curiosity.

Having spent a week in San Francisco, I found it to be one of the most unique and ambient cities in the US. With its cool or sometimes strange and weird activities, Bay City has something to offer for any type of travel: be it the one sticking to the main sightseeing route or the one looking for a unique adventure.

Of course, while you’re in California, you wouldn’t want to miss out on the opportunity to take a West Coast road trip too, where the sights of Big Sur and the Californian coastlines will leave you breathless.

8 Fun Things to Do in Los Angeles Today

12 Spookiest Sites To Visit in Los Angeles this Halloween

Visiting Los Angeles on a Budget? Here’s what you need to know

Read Article
Inna Nedostupenko – founder of the Executive Thrillseeker travel blog aimed to teach each and every one how to travel safer, cheaper, longer, and smarter!