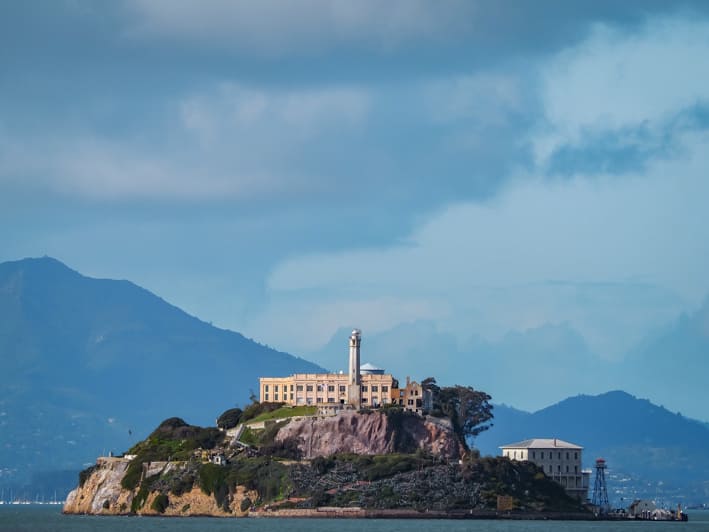 Alcatraz in San Francisco, if you don’t know already, used to contain the baddest-ass prisoners. It is one of the most tightly secured prisons in the world. That and the fact that it’s in the middle of the sea makes it nearly impossible for prisoners here to escape.

Yet, even the baddest-ass prisoners would be driven crazy to be locked up for their whole lives, and so 2 crazy, infamous inmates, popularly known as Al “Scarface” Capone and the “Birdman” Robert Stroud, established their reputation trying to escape Alcatraz.

We took to following their footsteps via an Alcatraz Day tour.

Here’s Cade’s review on the Alcatraz Day tour that we went in January 2020:

Stepping into the ticket line for this cruise at Pier 33 Alcatraz Landing gave me a spurt of excitement as one of my favourite films “The Rock” had been based in San Francisco and on Alcatraz itself.

Being overwhelmed by emotions and nervous ticks, I turned to my one consolation, Isabel, and she already knew that I was ecstatic about this trip. 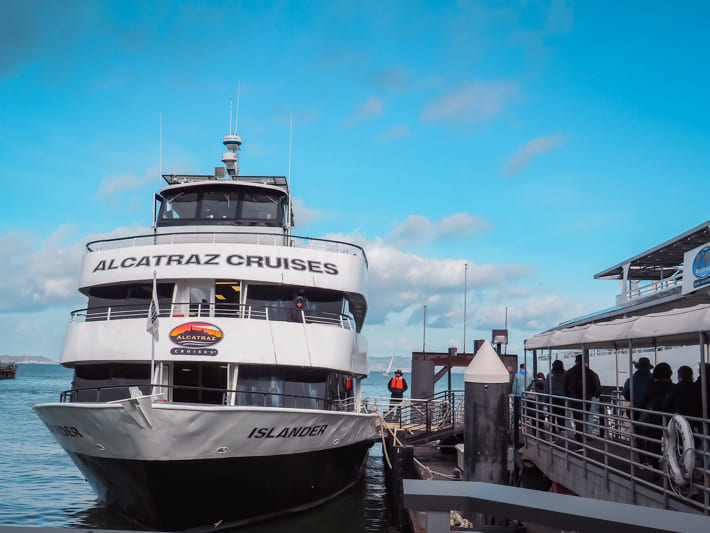 Time to board the boat! We waited only a few minutes for the queue to shorten and began filing one by one onto the dock and gangway.

The vessel was clean and spacious with places to sit or stand on any of the decks. We decided to be outside on the top floor where we were treated to an amazing view of the waters around us.

The closer we got to Alcatraz, the more I couldn’t sit still, pulling out the camera and switching to our long zoom lens as we took turns standing and shooting the views of the island and its instantly recognisable structures. 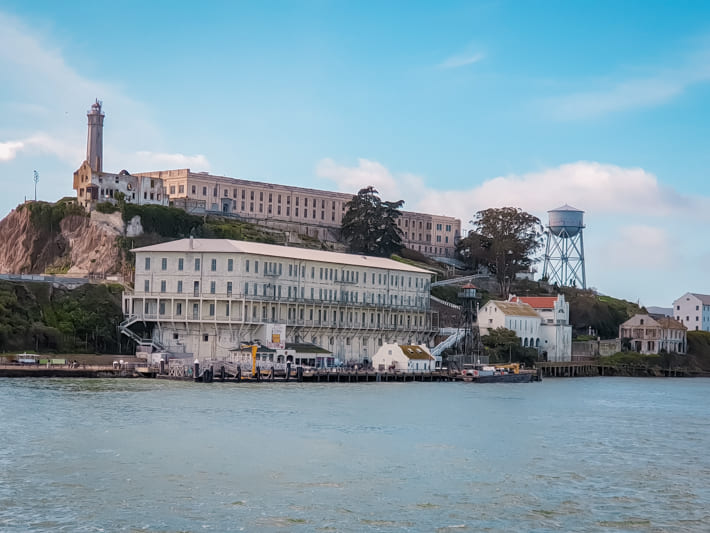 It was short-lived, and before we knew it, the vessel was already docking. Hastily making our way out, we stood for a few moments listening to the island ranger give instructions and basic rules about navigating on our own on this self-guided tour.

I didn’t know where to look or turn as this was all too real to be true, but Isabel took the lead and led us to begin the tour with the documentary film on the history of Alcatraz itself. 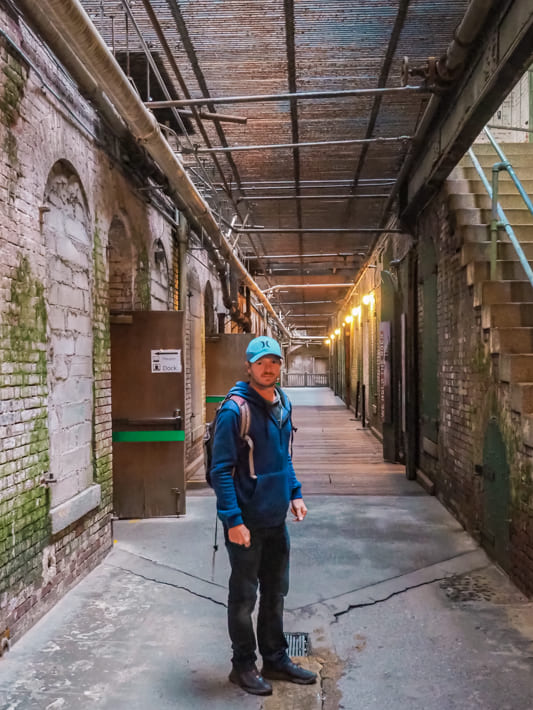 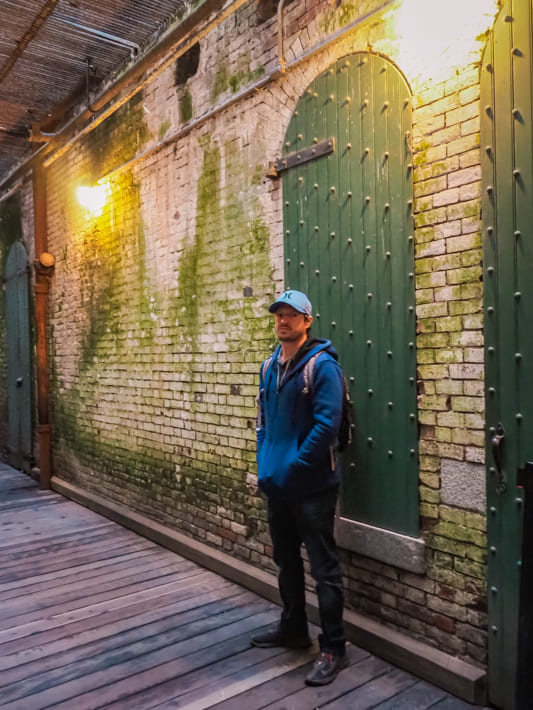 As the room dimmed, the black-and-white documentary began. I had already known quite a bit about this place, but I still gained valuable information such as the Native Americans fighting for freedom and respect, and that today, Alcatraz is quite the sanctuary for wildlife and nature to thrive.

Going from there, we headed to the main prison facility, of course stopping along the way to snap photos as much as possible for there was a fixed ferry schedule, leaving us with limited time. 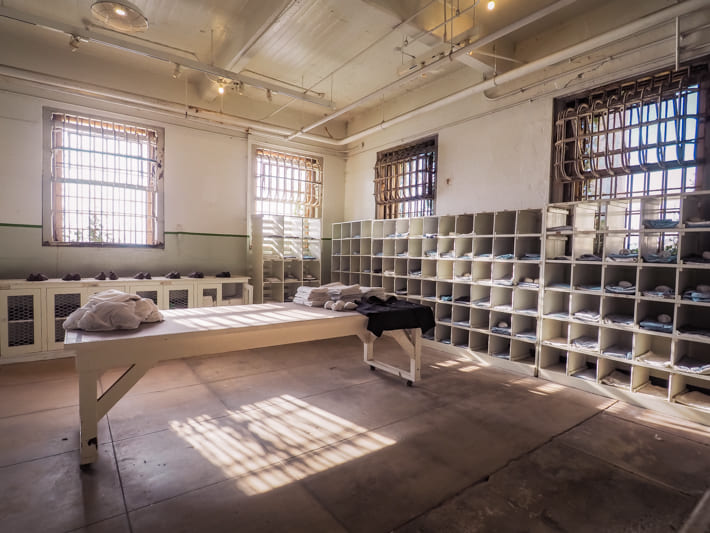 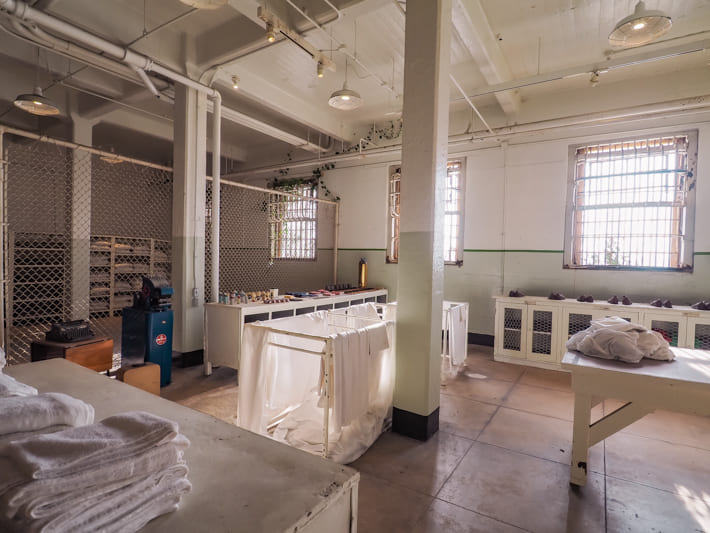 Walking into the actual large building was daunting, especially with the dark history we just learned about, the wind chill flowing through the halls, and the echoing of footsteps in the confined compound.

Inside the quarters where former inmates used to shower once a week, we found ourselves gathering up headsets for the guided audio tour. which is actually pretty informative. 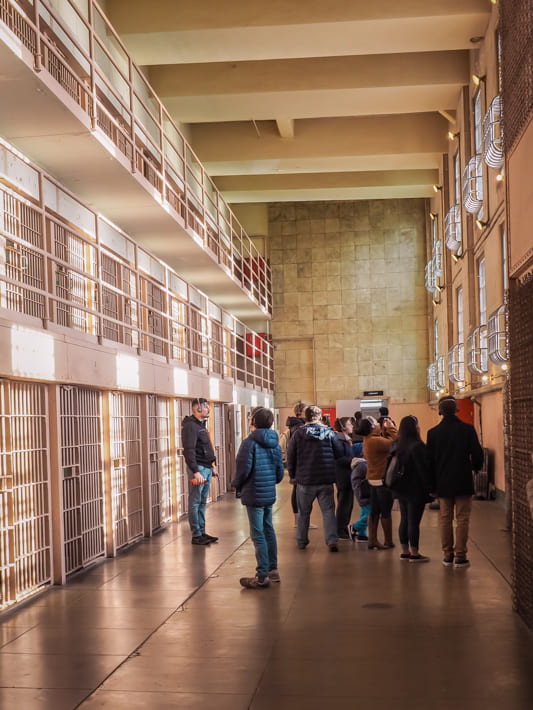 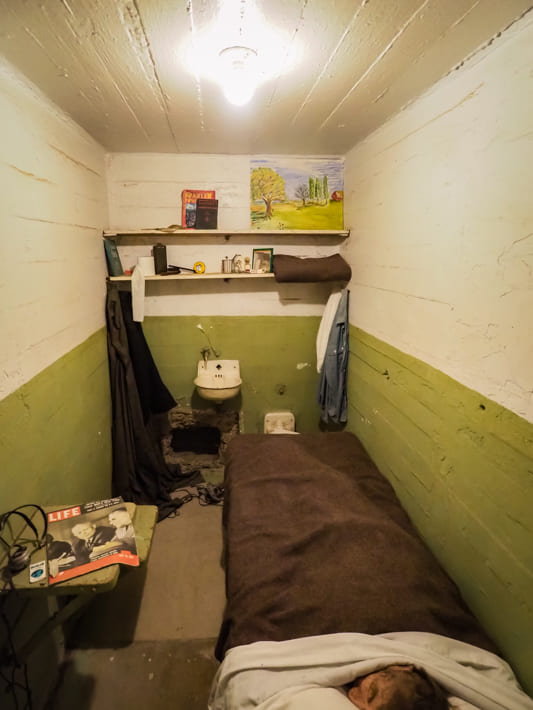 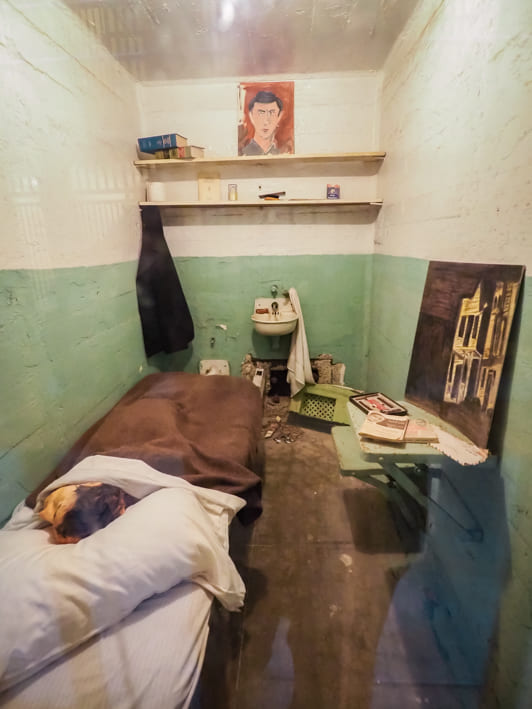 I was eager to hear and see firsthand the cells and the actual physical evidence of the riot that become quite an event back in those days. While it may have been just a regular audio tour narrated by a monotonous tone, once you immerse in the full story and audio effects of clanging metals from cages and inmates gathering for meal times, it’s as if you were transported back in time, watching it all happening. 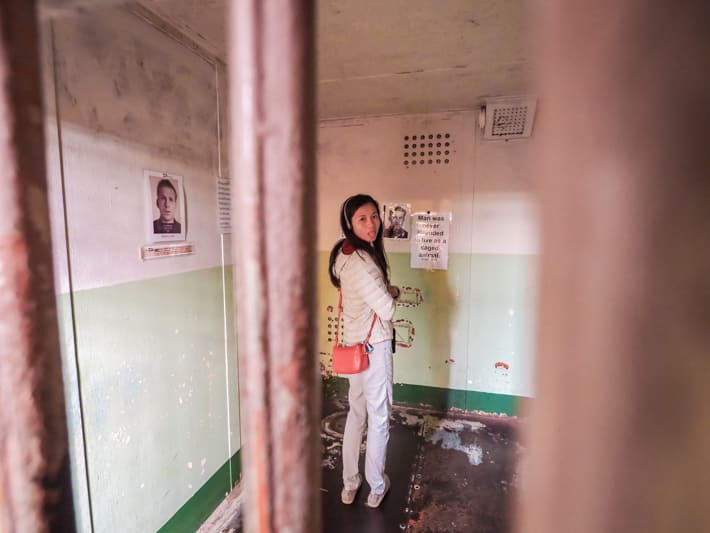 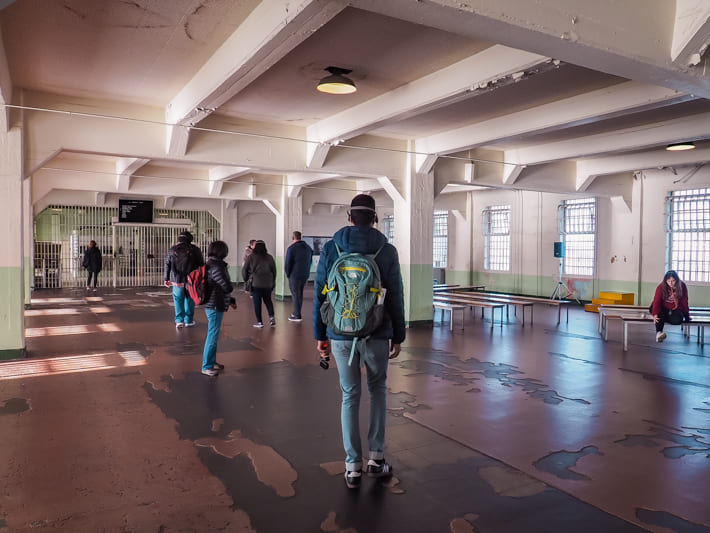 Walking through the food hall in Alcatraz, San Francisco

Listening to the history of infamous inmates spending time here, walking on the same corridors as them and cooping myself in the same dark cages that once drove them to multiple crazy attempts to escape, this was the most sensory and real audio guide tour I’ve ever been on.

I tried to immortalise this once-in-a-lifetime experience, snapping pictures of cells and the compound as much as I could. 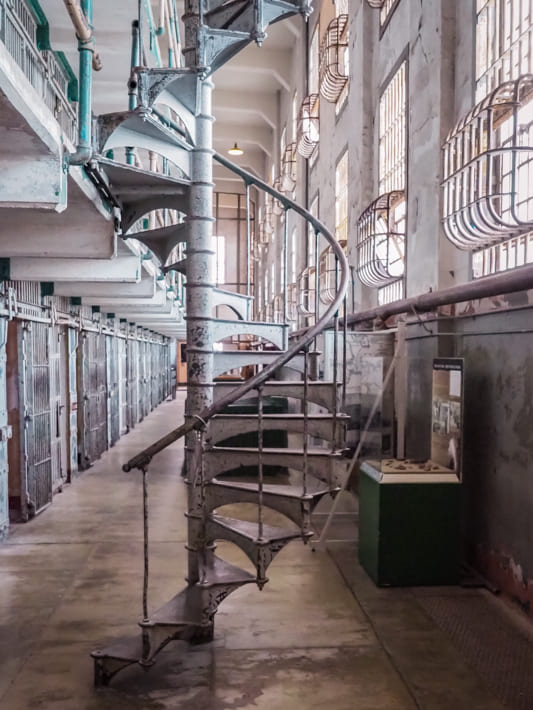 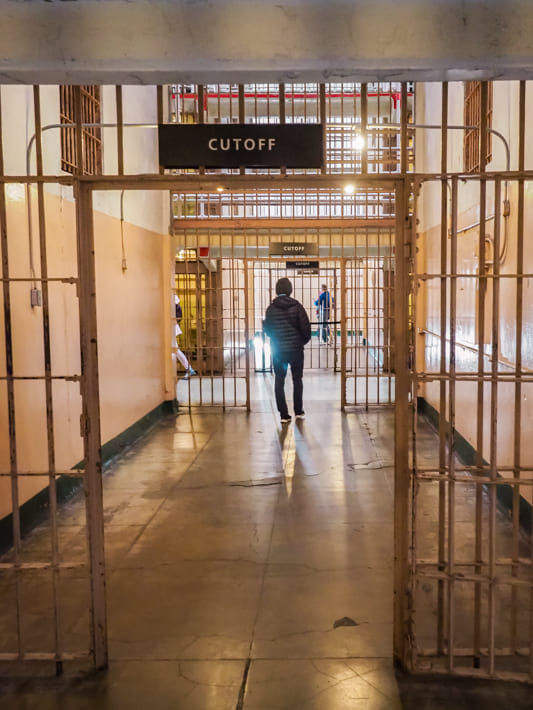 We had admittedly gotten lost more than a few times around the prison as my walking pace is a bit faster than the audio tour was, but the friendly staff around the island was more than helpful at getting us back on track.

That aside, the view of downtown San Francisco from out in the middle of the sea was also as captivating. 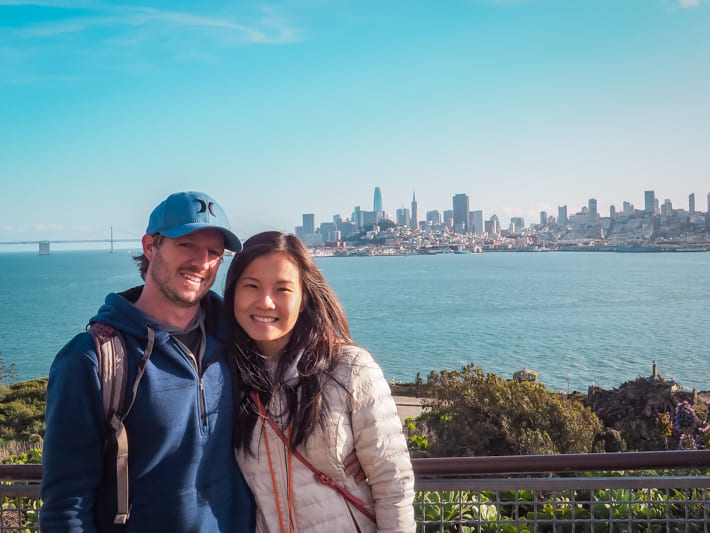 After the audio tour, we went through the gift shop and debated on a few souvenir items but in the end decided that being here on the tour was enough to retain memories along with the dozens of photos that we took.

We missed the boat back to the mainland which left us a few extra minutes to regroup and have a sit by the docks while waiting for the arrival of another boat. The sun had begun setting and the weather was getting chillier by the minute. 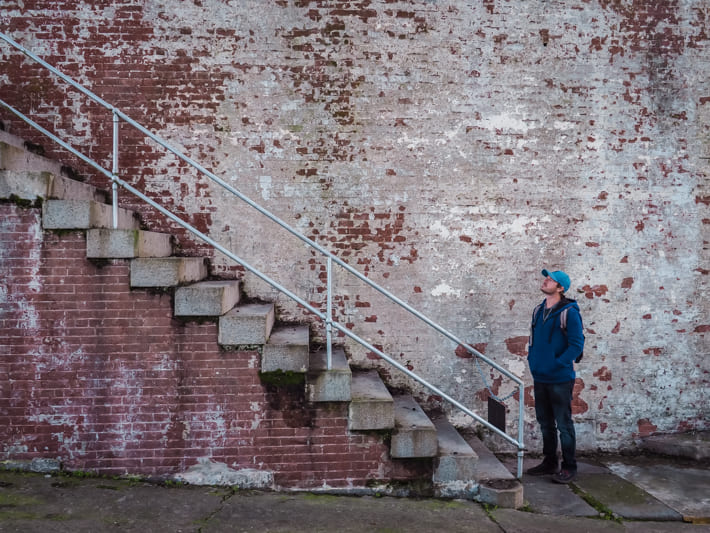 This place is truly a wonderful experience and we were glad to have taken the opportunity to visit and equip ourselves with more knowledge about the dark history of how Alcatraz came to be. All in all, we would most certainly recommend any visitor to San Francisco and spare no expense at jumping onboard this tour too!

Once you’ve booked your tickets, plan to arrive at Pier 33 Alcatraz Landing at least 30 minutes prior to the scheduled departure. There is no parking on the pier so do allow for extra time to look for a place to park. Parking lots and garages can charge up to USD 50 per car near the pier, so try to take public transportation if you can! 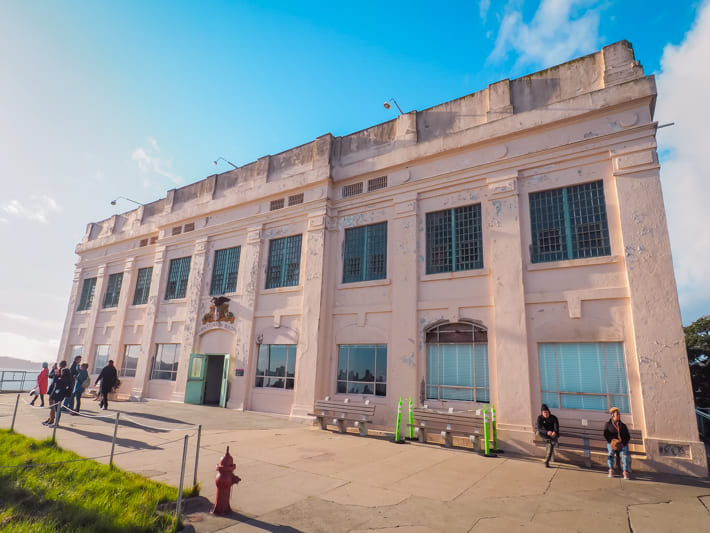 You can read more of Alcatraz’s history here, which I highly encourage you to if you’re planning a tour there.

Did you know, there are Night tours and Behind The Scenes tours to Alcatraz too?

Read other useful posts about USA!

What To Pack For Hawaii – A Hawaii Packing List

10 Unique Things To Do In San Francisco

Handpicked Restaurants in Costa Mesa For A Tasteful Night Out

Special thanks to Alcatraz Cruises for this experience! All opinions remain my own.