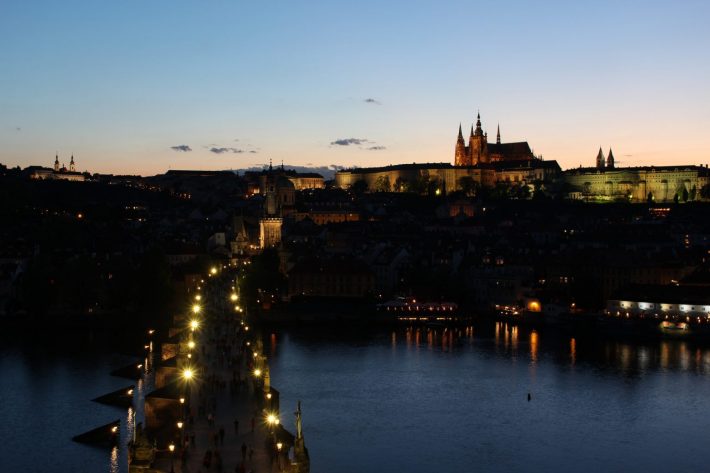 More than just its captivating architecture which sends you right back to the medieval era, Prague has a rich and tumultuous history – every castle, cathedral and bridge tells a story. Its cobbled streets and winding river, the Vltava River, strikes visitors with its rustic allure.

This is probably why the Czech capital is the fourth most visited European city in the world.

The first impression I got when I stepped into Prague is that most of the locals there are unsmiling and look fierce. Communication proved to be quite a problem as most locals did not speak English.

In most restaurants, you can smoke both indoor and outdoor, so no matter what, you have to breathe in smoke while eating.

I also had a close shave with pickpockets, so be sure to keep your belongings close to you, and never put your wallet in your pockets!

For more travel tips on what to know do in Prague, I wrote about 16 things you should know before stepping into Prague.

This Prague travel guide shows 13 places to visit in Prague, including places to go, things to see, and food to eat. 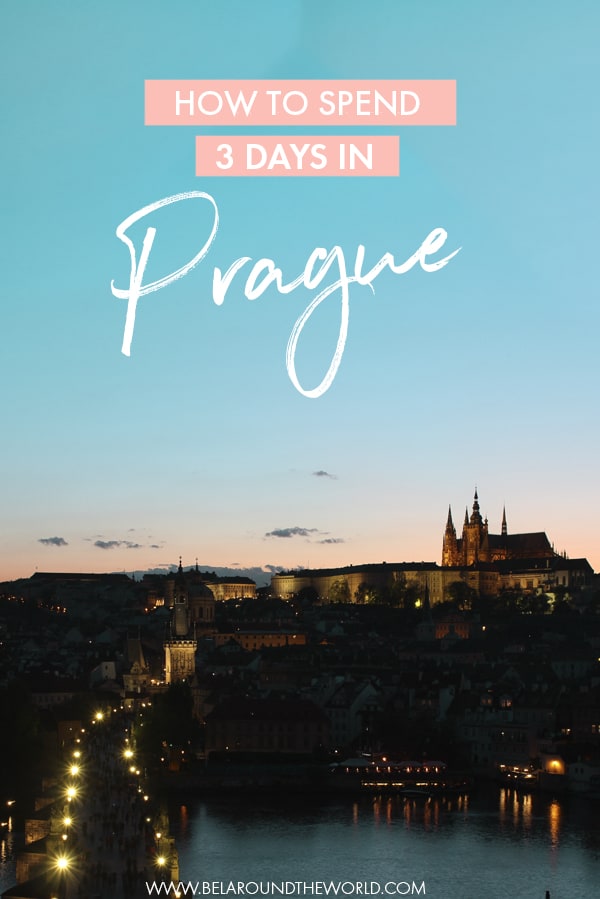 Founded around 880 AD, Prague Castle is the largest medieval castle in Europe and was once the seat of the Kings of Bohemia. Today, the President of the Czech Republic rules from here.The Prague Castle complex covers over 7 hectares (18 acres).

A Changing of the Guard ceremony at the front gates reflects this. It takes place on the hour every hour during the day.

The Golden Lane dates from the 15th Century and has a beautiful, olden world quaintness about it. It comprises 11 historic houses, inside which period scenes have been created to show the life of the artisans who once worked, ate, drank and slept in them. 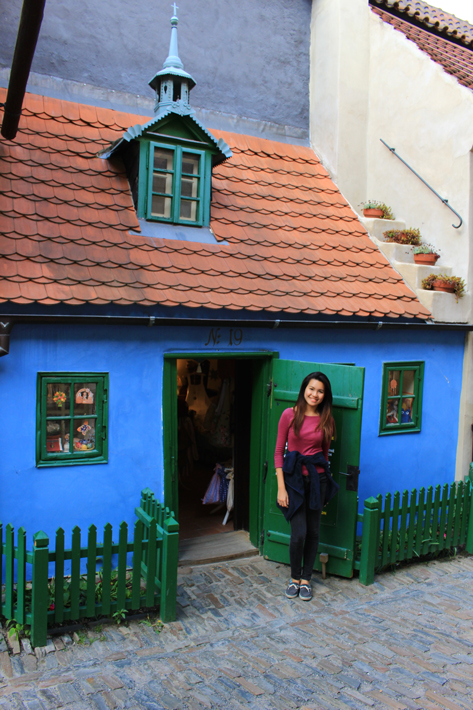 This Cathedral is the largest and most important church in the country, and is one of the prominent examples of Gothic architecture – something that you will come across quite a lot while in Prague. I was absolutely impressed when I entered the cathedral and saw light filtering through the stained glass windows. 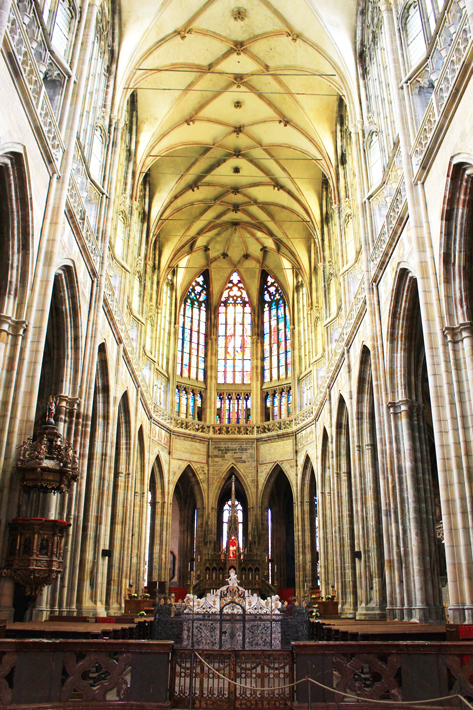 Part of the Castle complex.

Like many others, I was drawn to the John Lennon Wall because of its colourful graffiti. When we arrived, there were people sitting by the wall with their guitar, singing to songs from the Beatles.

But beyond its colourful facade and countless of OOTDs you see on Instagram with the wall as a backdrop, the John Lennon Wall holds a deeper and more symbolic meaning – the wall symbolises ideals such as peace and love.

At the height of the communist regime in the 1980s and John Lennon’s assassination, people started pouring their grievances and their desire for peace through graffiti art on the wall.

Prague’s most stunning bridge, the Charles Bridge, spans 16 arches and is lined with 30 Baroque statues of religious figures.

The bridge is made of 1,700 ft. (520 m) of cobblestones. Painters and hot-dog vendors can be seen fighting for space with hordes of tourists who themselves are also elbowing one another for the best views of the Vltava River.

If time permits, stop and watch the buskers on the Charles Bridge perform.

We even caught the sunset over the Charles Bridge and it was certainly one of the highlights of our trip to Prague. 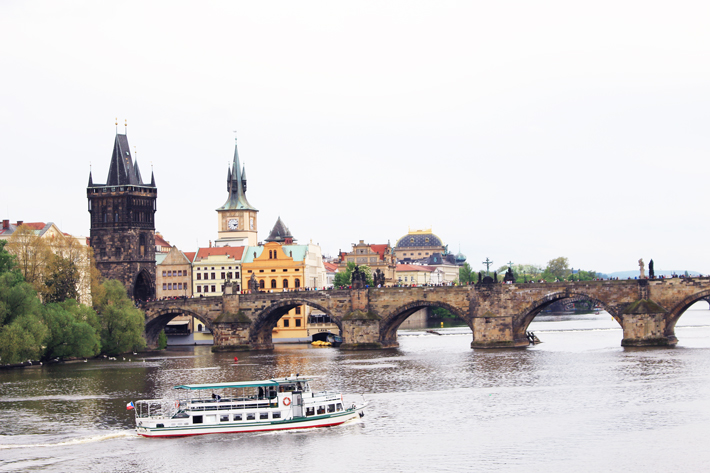 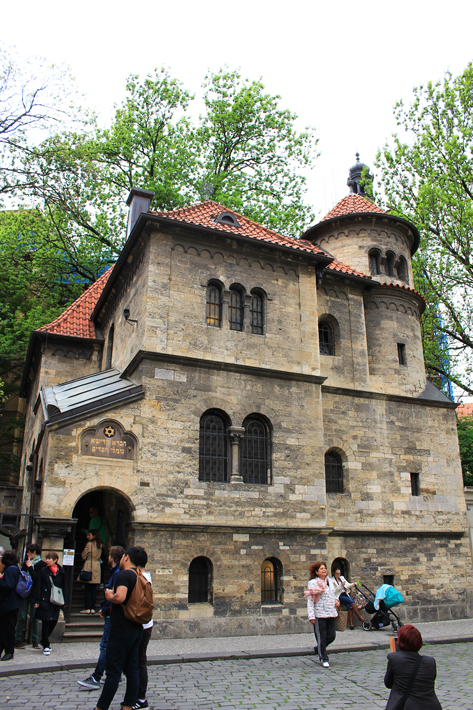 This town quarter was formerly the Jewish ghetto of the town. It is completely surrounded by Prague’s Old Town. Six synagogues, a Jewish Town Hall, a magical cemetery and the unique genius loci make Josefov a place no visitor of Prague will leave without checking out. 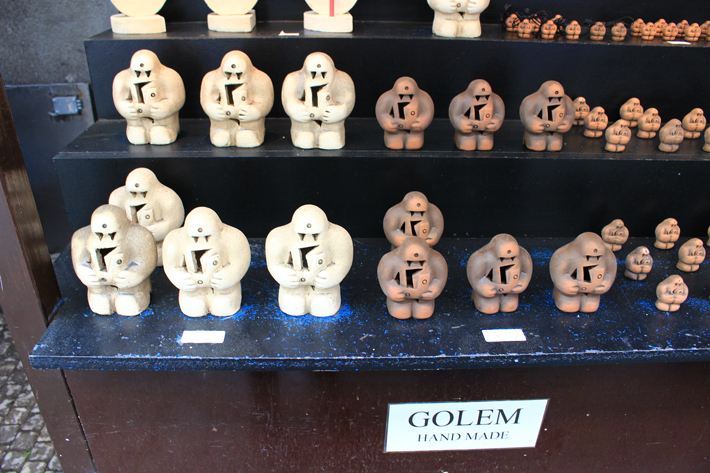 Some traditional Czech craft and statues seen in the push carts en route to the Jewish quarter.

Journey 600 or 700 years back in time at this Old Town Square. It is one of two main squares in Prague.

Wenceslas Square is the other, just 5 minutes walk away. Spot all sorts of different buskers, from angels (who smoke, ironically) to gigantic balloons. It is also the meeting point of most of Prague tours. Thus, be on high alert for pickpockets. 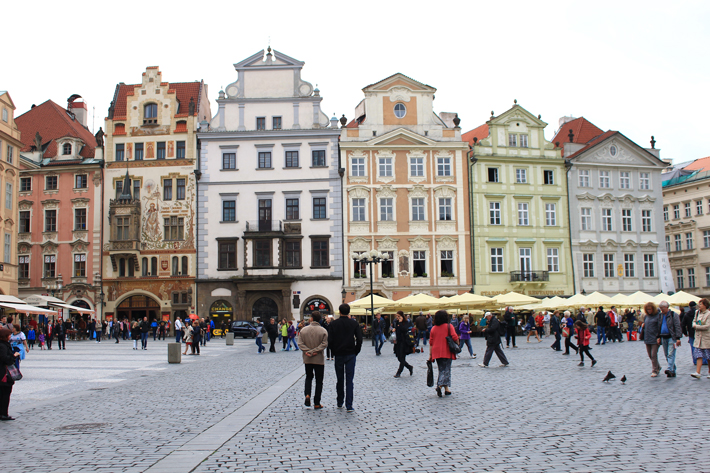 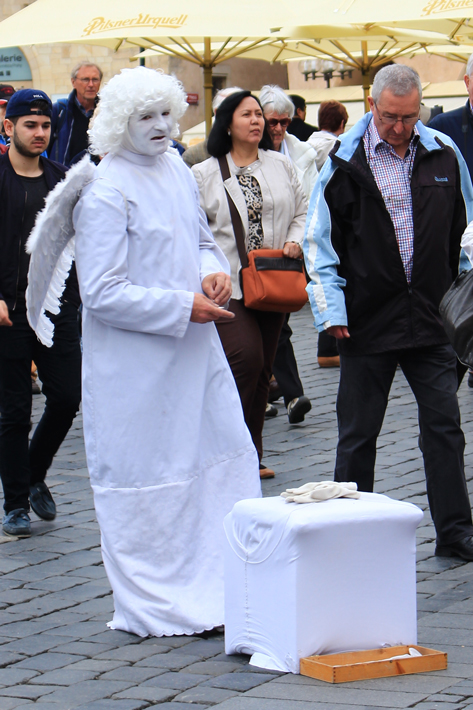 Caught the smoking ‘angel’ in the act

Situated right in the heart of Old Town Square, this Czech icon is fraught with meaning and symbols in its various dials. Constructed in 1410, the Orloj is the third oldest astronomical clock in the world, and the oldest one that is still working.

8. Church of Our Lady before Týn

Legend has it that the Tyn Church gave Walt Disney the inspiration.

If you take a close look at the two spires on the church, you’ll realise that they are not symmetrical. In fact, they represent the masculine and feminine sides of the world. This is characteristic of Gothic architecture of the period. 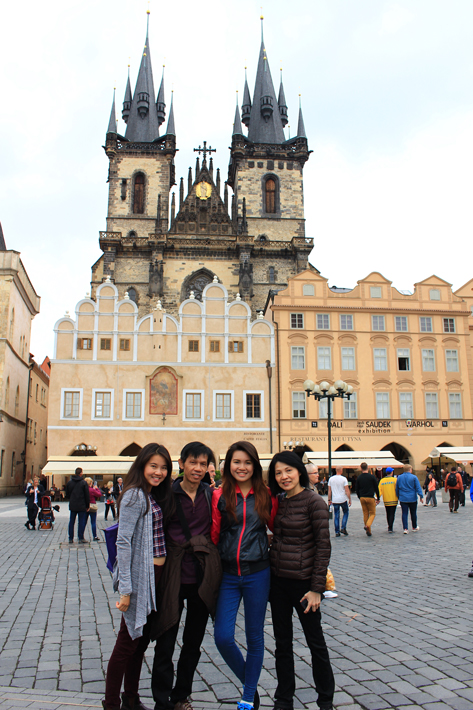 Today, the Wenceslas Square is the main shopping street and commercial square of Prague. But back in 1989, the Wenceslas Square witness the historical protest by angry citizens, which led to the subsequent end of communist rule in Czechoslovakia, aka the Velvet Revolution. As its name suggests, the revolution was smooth and non-violent.

I love visiting farmer’s markets/ fleas. I’ve listed them down in accordance with the location for easy navigation:

I highly recommend visiting those 2 markets in the central. There are plenty of local and interesting finds to discover, like… 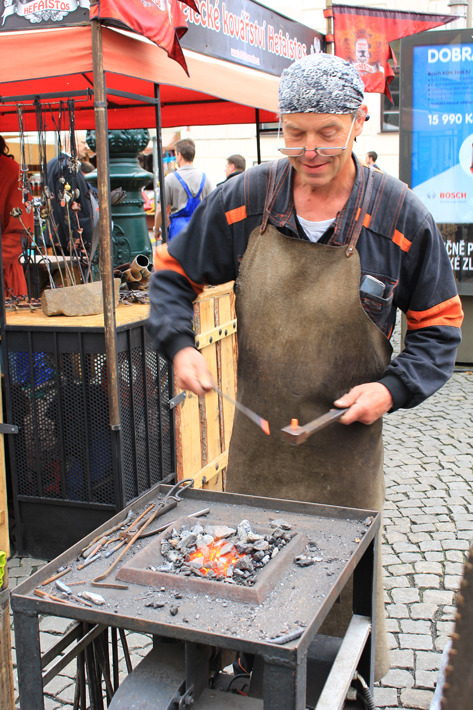 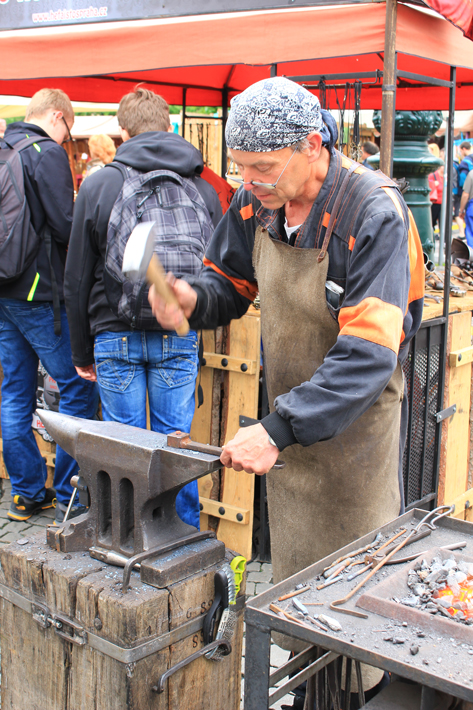 The Dancing House is one of the more unique things I saw in Prague. It’s the first building built after the Velvet Revolution. The towers are inspired by the famous interwar dancing pair Ginger Rogers & Fred Astaire.

The unique architecture of the building is worth a visit as it stands out amongst Baroque and Gothic buildings which Prague is known for. 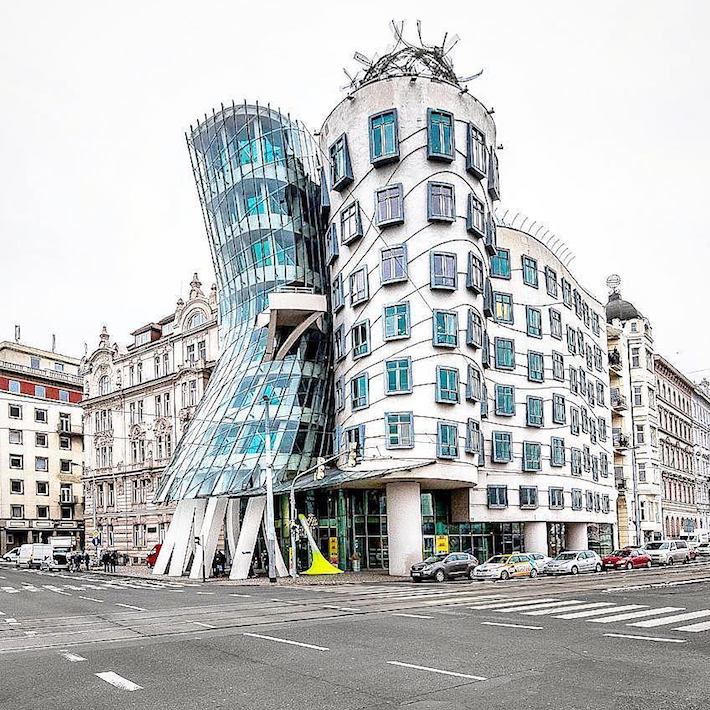 The Vysehrad is a historical fort located on the right bank of the Vltava River. It is also where many famous Czech historical figures were buried. 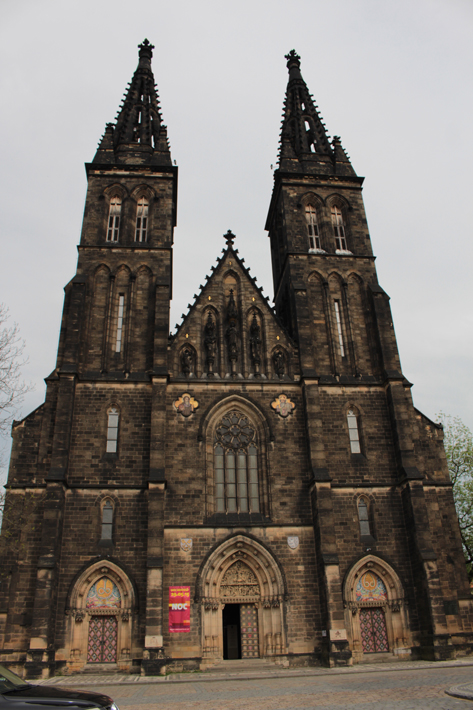 What to eat in Prague, Czech Republic 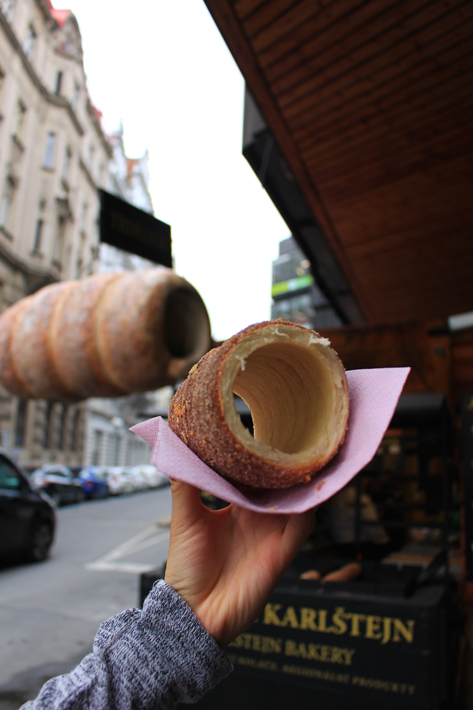 Don’t leave Prague without tasting their local specialty, the trdelnik!

Oh and did I not mention, they have some of the cheapest beers around Europe?

Or did you know about this nearby rival city of Prague, Kutna Hora?

Prague is a popular destination not just because it’s one of the most affordable cities around Europe, but also because the culture is significantly different from the rest of Europe.

If you only have 3 days in Prague, refer to this handy dandy Prague travel guide for some inspiration on what to do in Prague! If you really only have 2 days to spare, this alternative itinerary might suit you better.

Read other useful posts about Prague: