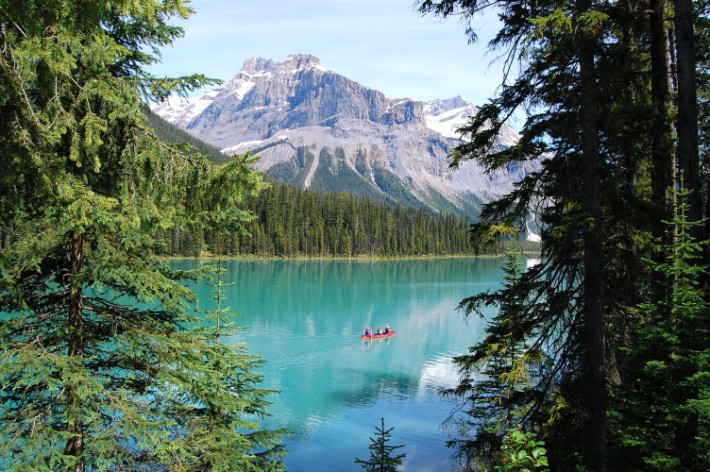 I’ve been on road trips around New Zealand – 3 times in particular – and so the freedom of driving on your own to places void of human traces is especially alluring. Already, I’m planning my next road trip to Scotland in September 2018 and doing some hiking and rock climbing there!

Canada’s land size is big for sure, and it can be frustrating trying to decide where or how to get started visiting Canada.

Here are 5 Canada road trip itineraries that are also dubbed some of the most scenic drives in Canada.

5 Canada Scenic Drives You Must Go On 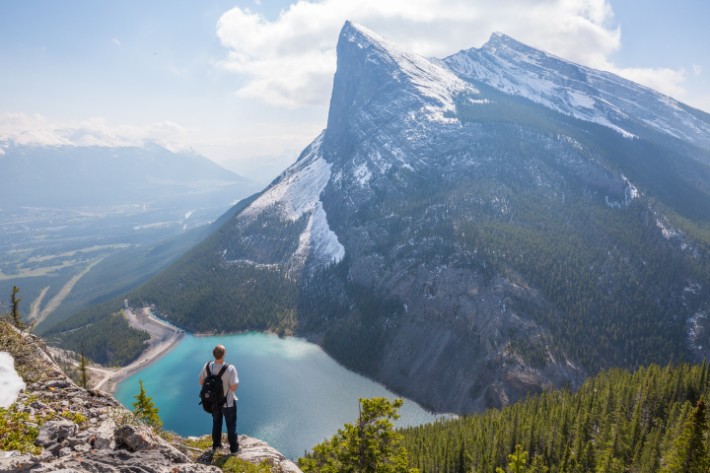 This scenic drive from Deer Lake to the northern tip of Newfoundland, St. Anthony, is a wild one, almost void of humankind. You can’t help but admire the geology and a wind-raked coast with wonderment.

The Viking Trail is a 443 km-long highway that showcases the remnants of Vikings, Basque and native inhabitants.

If UNESCO World Heritage sites at Gros Morne National Park of Canada and L’Anse aux Meadows National Historic Site of Canada are on your list, then the Viking Trail is the only way to these sites. 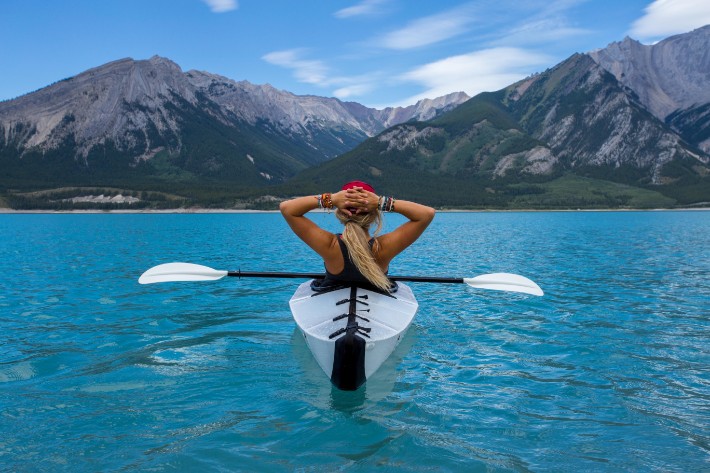 Named after explorer John Cabot, the 300km-long Cabot Trail loops round the northern end of Cape Breton Island in Nova Scotia. Majority of the route winds along the coast, with views of the North Atlantic.

Along the way, you’ll be rewarded with Acadian fishing ports, deep valleys, and the most picturesque Atlantic coastline. The highway curves and coastal views, impressive cliffs and natural beaches are the highlights of this scenic drive.

The vistas of the Gulf of St. Lawrence, the Atlantic Ocean, and the dramatic landscapes are particularly spectacular in fall, though really, anytime is a good time to admire Cape Breton Highlands National Park.

Most begin their journey from the town of Baddeck, thought there are drivers and cyclists that begin and end at varying points in the circuit.

While the trail takes a few hours to drive, this is not one to rush. Spend a couple of days to visit some of the quaint towns en route. There are plenty of activities to partake in. Swim, hike, go moose-spotting, ride a horse, fish, kayak or dive. 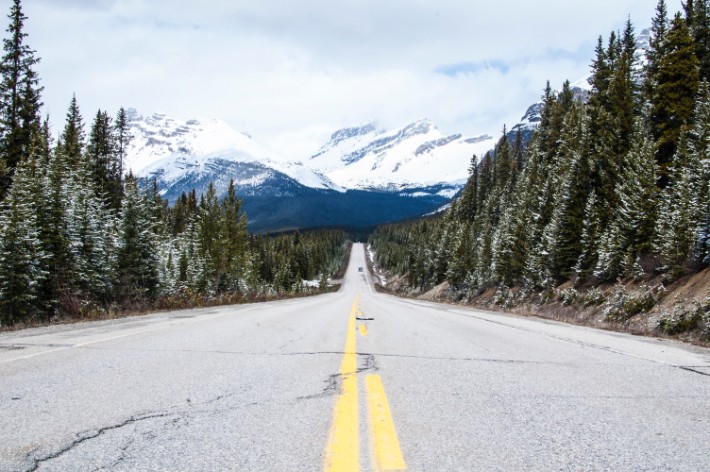 Dubbed one of Canada’s grandest scenic mountain drives, it’s easy to see why.

You’ll cruise along the Rocky Mountains, passing mirror lakes, woodland wilderness, waterfalls and magnificent glacier-notched peaks, to the vast Columbia Icefield. Come face to face with a sprawling cap of snow, ice, and glacier at the very crest of the Rockies, much akin to being transported back to the ice ages.

On clear days, you’ll be sure to be transfixed by the view of snow-capped mountains and blue skies reflecting on the surfaces of the Peyto and Waterfowl.

Find out all about the region’s geology with guided hikes on the Athabasca and Saskatchewan glaciers and get the authentic Columbia Icefield Experience!

4. The Sea to Sky Highway, Squamish to Whistler, British Columbia 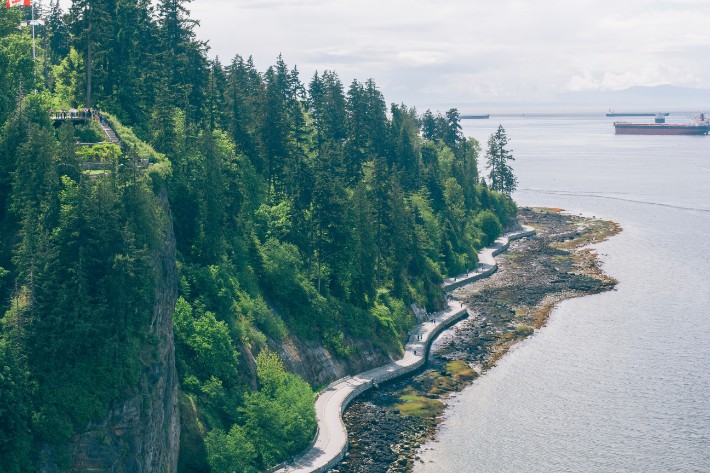 The Sea to Sky Highway is part of the Highway 99 North that links Horseshoe Bay in Vancouver with Whistler, B.C.. At 150 km in length, the whole drive takes about two hours.

With an endless view of the Coast Mountains and Howe Sound, it’s no wonder why this stretch of road is regarded as one of the most scenic drives in North America.

From a dramatic seacoast past glaciers, pine forests, lakes, fjords, inlets, to a waterfall that cascades from a mountaintop and through Whistler’s jaw-dropping glacial mountains, experience all of this in one Canada road trip itinerary.

While you’re on this road trip, don’t miss out on these rest stops: the scenic Shannon Falls, Britannia Mines Museum where you can tour this former copper mine, Sea to Sky Gondola in Squamish for one of Canada’s iconic views from the top, and dine at The Watershed Grill, which is made famous thanks to their large patio that overlooks the Squamish River.

Both travellers and locals alike would rate this one Canada road trip itinerary a must-do when in Canada. From Vancouver, head over to Horseshoe Bay for the ferry to cross the Strait of Georgia to Vancouver Island.

Following that, the next 207km drive is from Nanaimo to Tofino on the Pacific Rim Highway, BC Highway 4. On the two-hour drive across Vancouver Island from Parksville in the east to Tofino on the west Pacific Coast, this twisting course of the Pacific Rim Highway of course makes this a thrilling woodland drive – you’ll wind through ancient temperate rainforests boasting views of mountains, and lakes bordering the coastline.

Along the way, be sure to stop by Coombs Country Market for local souvenirs and a view of their popular Goats on the Roof, Kennedy Lake Provincial Park for a picnic, and MacMillan Provincial Park for a forest stroll through Cathedral Grove surrounded by mossy trunks of enormous Douglas fir trees, some of which are up to 800 years old.

Before arriving at Tofino, Canada’s surfing capital, stop by Ucluelet, a less touristy town which also boasts big waves and a chill vibe.

Finally, arrive at Tofino, the hub for all surfers on its world-famous Chesterman Beach. If you’re not a surf pro, other activities at Tofino include whale-watching tours, winter storm-watching, fishing and hiking.

I’ve always stuck by Europcar, whether in Australia or New Zealand too!

Weather in Canada and Peak periods 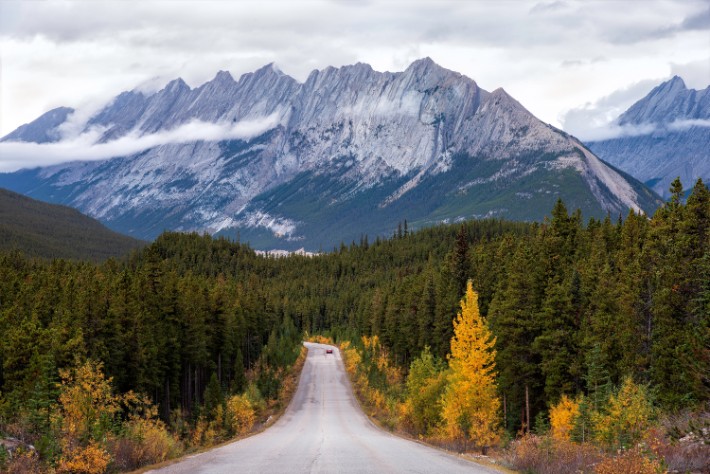 The weather in Canada varies drastically depending on which region you’re at.

The lowest in winter can go as low as -30℃ in January around Churchill and Northern Manitoba , which makes for perfect snow conditions and seeing the Northern Lights. Whistler Blackcomb near Vancouver gets approximately 38.5 feet of snow each year at the summit.

Summer temperatures can go as high as 27℃ in July especially in regions like Montreal, Toronto, Niagara Falls, Ottawa, and Québec City. With 8 beaches within the city of Vancouver, you can enjoy the summer sun in splendour.

December through early January is a very busy time of year because of all the Christmas and New Year’s festivities. During peak season, it’s best to book tours and activities at least 6 to 9 months in advance.

January, the coldest month of the year, makes for the least expensive month for winter travel in Canada.

As temperatures start to rise in February and schools generally have their spring break then, tourists and families tend to go on vacation in Canada hence prices are slightly higher.

July to August is peak tourist season across the whole of Canada, from Halifax to Vancouver.

While you’re at it, don’t forget to bring home some souvenirs from Canada.

These 5 greatest drives in Canada is definitely one for the bucketlist when I finally get to visit Canada. The cold weather though is sometimes quite off-putting.

That said, given my love for New Zealand’s landscapes, I’m sure Canada’s wilderness is something I’d equally enjoy!

For more Canada ideas, check out these great places in Canada too!

Read other posts about road trips: