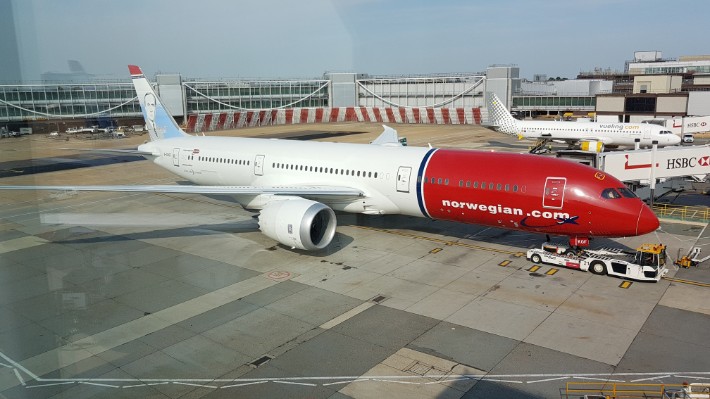 What’s it like to fly on the world’s longest low-cost flight with Norwegian from Singapore to London?

Covering 6,764 miles (10,885 km) in 12 hours and 45 minutes, the trip between London Gatwick and Singapore Changi Airport is the longest low-cost flight in the world.

Norwegian is continuing the expansion of its trailblazing long-haul network with this launch of a direct route to Singapore – the only low-cost route between the UK and Asia, with 4 weekly flights year round direct from Singapore to London Gatwick.

All flights are operated by a fleet of brand new Boeing 787 Dreamliner aircraft with two flight classes – Premium and Economy. 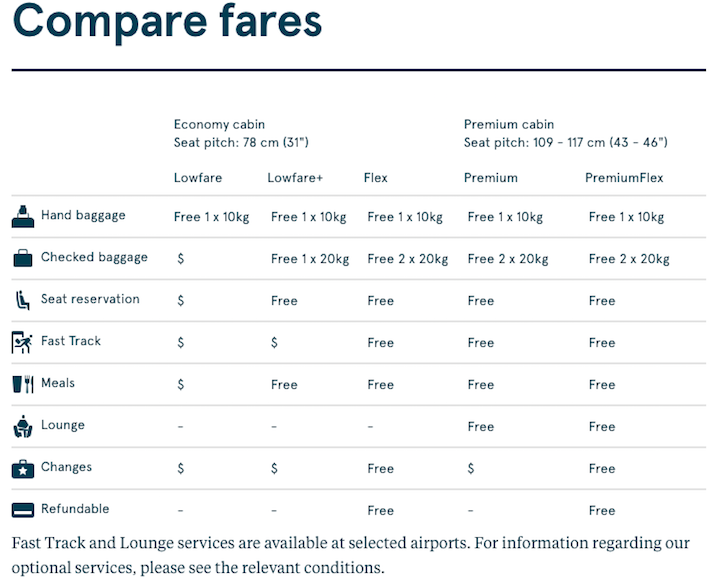 The Economy class has 3 booking options – LowFare, LowFare+ and Flex.

Flex fare includes 2 checked bags of 20kg, up to 2 meals on board and seat reservation.

Fares start as low as SGD199.90 one-way and SGD519.80 return in LowFare economy, including all taxes and charges and subject to availability. 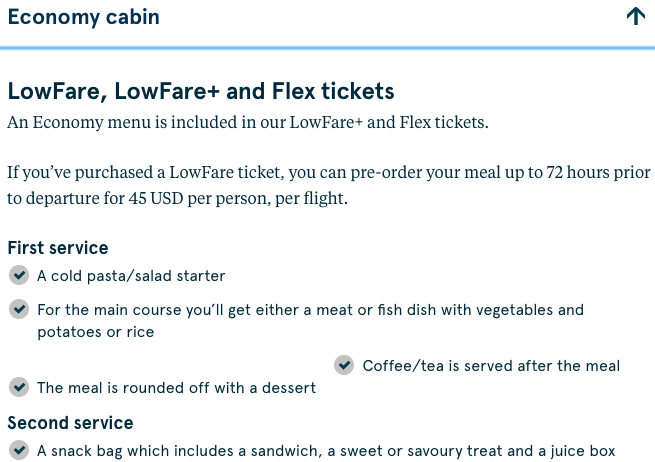 I paid SGD451.40 for one-way from Singapore to London on the LowFare option with a meal and seat reservation during our trip on 3 September 2018.

By the time we boarded, the Premium class passengers were already settled in. Due to the large capacity of the plane, boarding took a while.

While I settled in to my seat, I took comfort that since I was seated in front of the toilet, I had larger legroom than the rest. 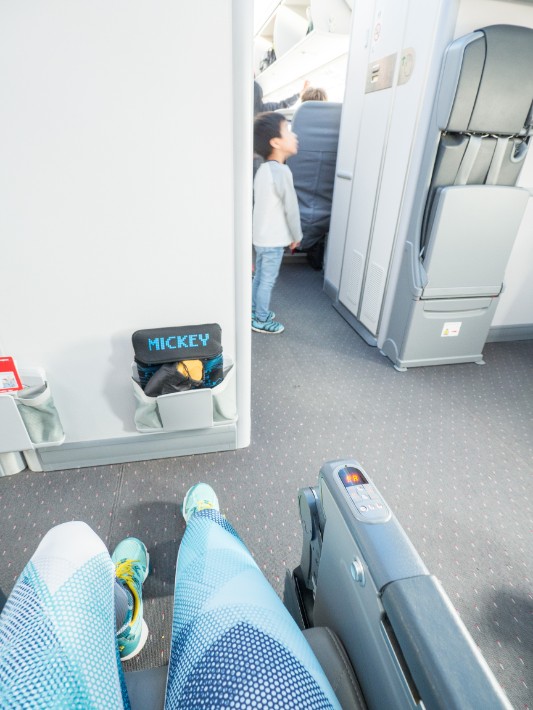 The window panes had five dimmer settings for when you want to block out the light from outside.

Keeping in mind that it’s a budget airline, no pillow, eye mask or toiletries are provided. Headphones can be bought for a small fee in the Economy cabin.

All seats are fitted with an 11” Panasonic monitor for complimentary inflight entertainment, as well as USB ports and power plugs for charging personal electronic devices.

While I was ready for a movie marathon night, I was surprised to find there wasn’t a selection of music I could listen to to serenade myself to sleep.

Dining on board Norwegian 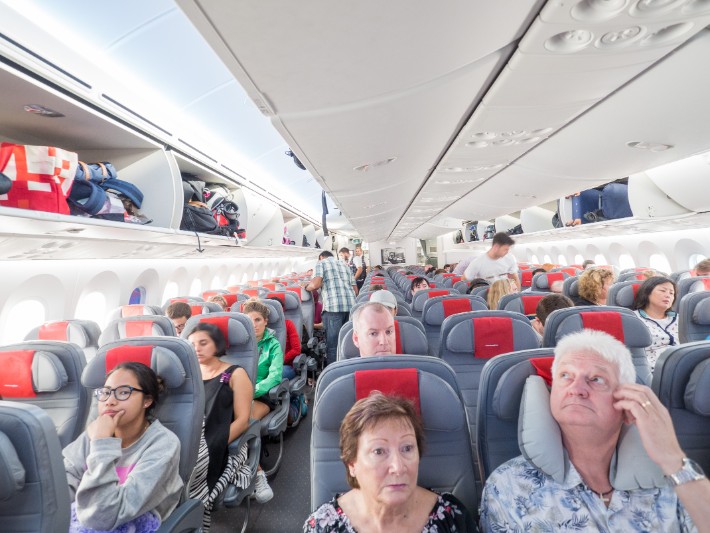 In Economy cabin, there are no free-flowing complimentary drinks, but there’s a snack bar onboard where you can purchase food from throughout your flight.

1.5 hours after take off, they started serving our first meal. There were 2 meals and 1 snack being served throughout our 12-hour flight. Coffee and tea were also served at the end of every meal.

I had a rather unpleasant encounter with one of the cabin crew member when she was serving coffee. When she offered coffee, I mouthed to her that I preferred tea.

Instead of telling me that tea will be served when the other cabin crew comes round to my aisle, she very rudely brushed my request away, remarking that tea was already being served over at the other aisle, without a hint of empathy or respect in her voice. I was left clueless as she walked on by – does that mean I missed my serving of tea and I wouldn’t be getting any of that?

I thought the least she could do was politely inform me that the other attendant was going to come round to my aisle to offer tea later. I was feeling more irate at her condescending statement than getting the actual tea itself.

The other instance was when she began to clear up our finished food. As the clearing of plates took a long time and I had to use the toilet urgently, I stowed my table away and placed my food tray on the ground in front of my seat while I got off to use the toilet.

When she came round to pick up our trays, that same cabin crew asked me to pick up my tray from the ground where I left it. Without a “please” at the end of her sentence nor a smile on her face, her tone sounded more like an order than anything. Can you imagine how disrespected I felt as a passenger?

When she saw how I was struggling having to bend over, what with a full cup of tea on my table, she grew impatient and picked up my tray herself, a task that was obviously less hazardous for her to do as she had more space to move around than if I were to risk toppling my cup full of tea on my tray table.

I probably wouldn’t have minded so much as to clear my own food tray had she been more respectful at her job, but by then, I was too irate to give in to her orders.

Her attitude was something that caught me off-guard since I’d always expected cabin crews to have impeccable service standards. I suppose it was just this Spanish lady with a long braid and rimmed glasses that I was unfortunately under the care of – the other cabin crews I’d come into contact with were polite and greeted passengers with warm smiles to say the least.

Throughout the flight, the hues of the cabin changed up to six times during the flight, which is supposedly to help provide an ambient background.

The entire flight experience was otherwise comfortable – I don’t remember having trouble resting and I was able to keep myself occupied with a limited selection of movies.

Not only can you access London’s famous finds on Norwegian Air, passengers also have the opportunity to connect onward to Europe or even to the USA with Norwegian.

Special thanks to Norwegian for this experience. All opinions remain my own.