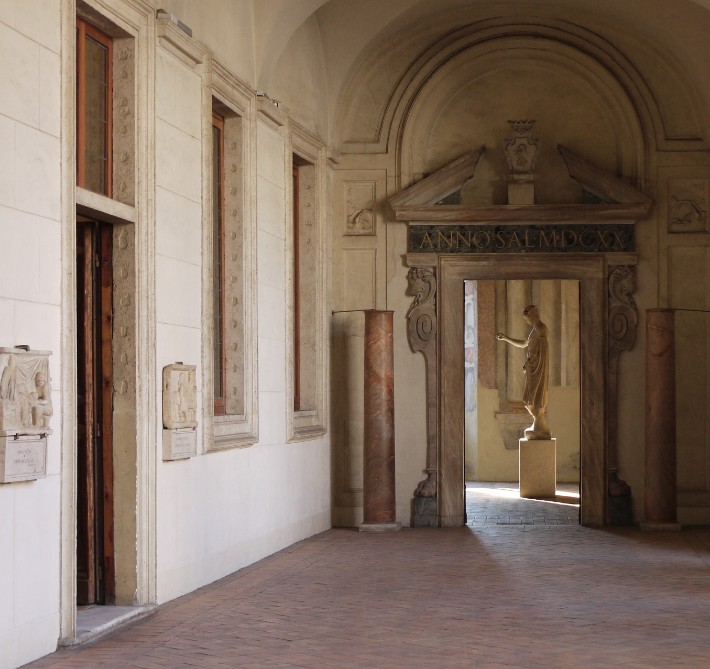 By Isabel Leong 5 October 2018 No Comments

Rome is a bucket list destination with a host of sites that are world-renowned, but the ancient Italian capital goes much deeper than simply a short list of aging ruins. While the Colosseum, Vatican City, and Pantheon are all must-see destinations (which I’ve also checked off in my 6-month travel around Europe), did you know that some of the most notable structures in Rome are the ones on the back-streets, that often go unnoticed by tourism guides and “how to” books?

Indeed, Rome has a level of depth, and to truly enjoy all the city offers, it’s imperative to find out the truly remarkable structures – regardless of notoriety and lore. It is at these locations where you’ll find a truly unique experience, and even can take a breather in relaxed silence – absent from the throngs of tourists who will be frequenting the sites most tourists know and love.

So, start with the places you know, but truly make your Rome vacation rich by looking a step deeper and finding these 5 lesser-known historical sites in Rome.

1. The Baths of Caracalla 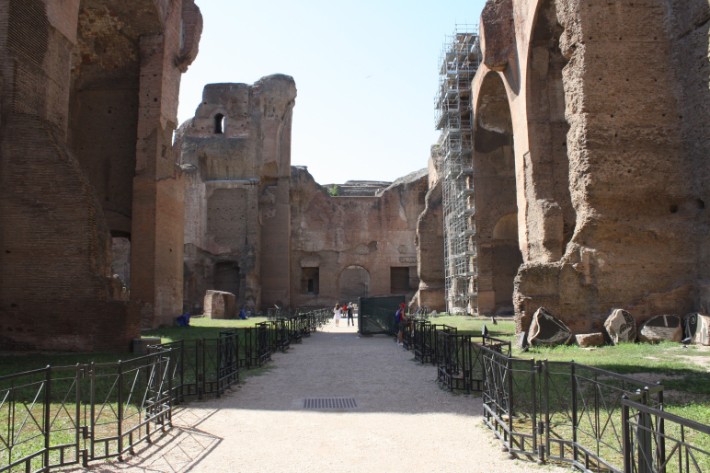 These baths are found in a massive complex in the Greek and Roman style, built for socializing, exercise, bathing, and networking. Consider them as much of a social club as they were meant for relaxation. Mosaics decorate the floors and marble stretch across this ornate floor. Today the baths are as stunning to visit as any other location in Rome – just without the lines and crowd!

The Bath of Caracalla truly paints a study of affluence, as you can still hear the chatter of influential Romans of the day taking a reprieve from their busy dealings to simply relax in an area just beyond the colossal structures for which Rome is so well known. 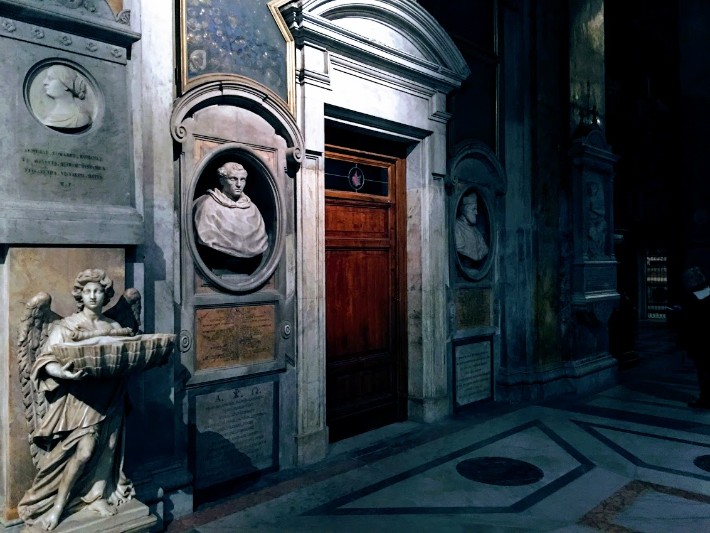 This stunning cathedral, not far from Piazza Navona, is another one of those incredible structures in Rome that too many people walk past, given its location. Sant’Agostino sits back from the main street a bit, as is much more unpresumptuous from the outside, but is absolutely stunning inside.

Built in the early 15th century, Sant’Agostino is the site of numerous tombs – including the mother of Saint Augustine, Saint Monica. The design is uniquely Roman in some ways, but also shows evidence of a darker, almost Gothic style that mixes in a brooding way with the dim lighting and tall, ornate ceilings.

This is one of the locations so often missed, but should unquestionably be sought out due to its general proximity to the city center, and stunning design. For photofiles, Sant’Agostino is just as photographable as any of the major attractions in Rome, and the quiet scenery rives the feeling of due reverence to those who made Rome, those who carried it into its empirical heights, and those who honored it in more recent centuries once the empire had fallen. 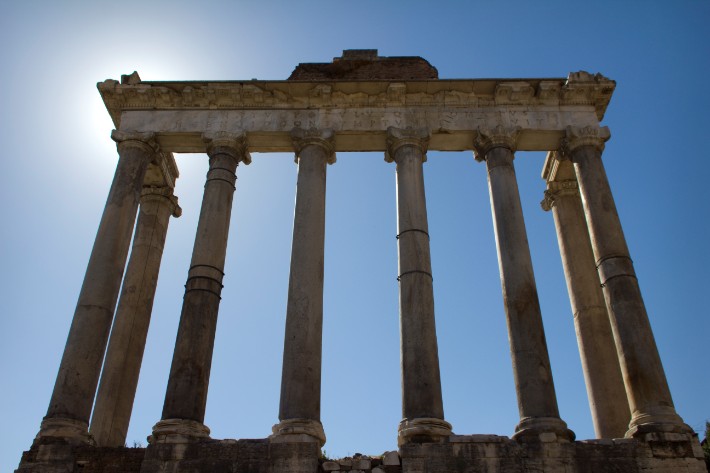 The Temple of Saturn is one of those structures that everyone sees in Rome, but no one knows what it is, nor could they name it if they saw a picture.

The temple is the oldest sacred site in Rome, having been built in 498BC, and a true testament to the polytheistic foundation of the city prior to its Christian rebranding.

Today little remains of the original structure, but the entry façade and doric columns bely one of the least talked about, but most historically significant structures in all of Rome. Located at the foot of Capitoline Hill in the original Roman Forum, it’s a site not to be missed.

It is in these early structures where one sees the commonality between Rome and Greece – from which Rome undoubtedly gained inspiration both governmentally, artistically, and architecturally. Even the shared beliefs of their early polytheistic societies are evident in these massive structures that tipped a cap to their many gods.

One of the most expansive art collections in Rome, Palazzo Altemps was built by Melozzo da Forli for Girolamo Riario, a relative of Pope Sixtus IV in the 16th century. If you visit this former palace-turned museum today, you’ll notice only sparse tourism and nearly non-existent lines. However, the busts, sculptures, and works of art here are as impressive as any in the Vatican Museum – despite the lack of fanfare.

The Palazzo Altemps became the property of the Holy See in the 19th century, after which the building was used as a seminary for a short time. After merely a few decades of use as such, it was granted to the Italian state in 1982, restored over a period of 15 years, and inaugurated as a museum in 1997. 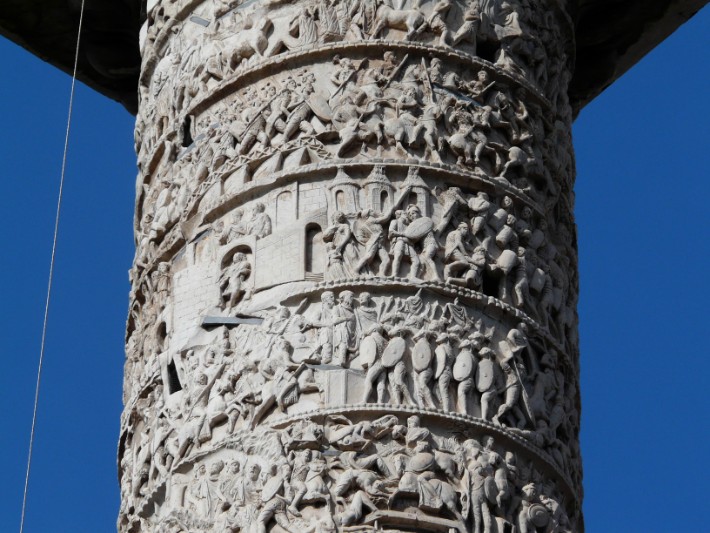 The Column of Marcus Aurelius, located in the Piazza Colonna, was built in the 2nd century to honor the famous Roman Emperor.

Built in the earliest of classical architectural styles – Doric – it’s a spiral relief column that stands a commanding 130 feet from base to column peak. It was modeled on Trajan’s column, and tells the story of Marcus Aurelius’ rule and numerous conquests in battle. It’s another stunning relic, and one that often isn’t sought out by tourists, but whose presents stops you in your tracks as you traipse between the Piazza Navona and the Colosseum.

Rome is a city that unfolds gradually, and is impossible to fully uncover with one, or even several visits. The hundreds of years of increase of the Empire, both in Rome and across the world, are symbolized by the periods of change and timeless structure in the still-majestic city.

While yes, you should visit all the places you’ve read about and those bucket-list destinations for which Rome is so famous, you would do yourself a disservice to not dig deeper – between those secondary and tertiary streets, to seek out those areas not commonly known but so fantastically adorn Rome.

Justin and Tracy own A Couple for the Road, a Cultural Travel Blog celebrating international art, history, architecture, music, language and culinary traditions.