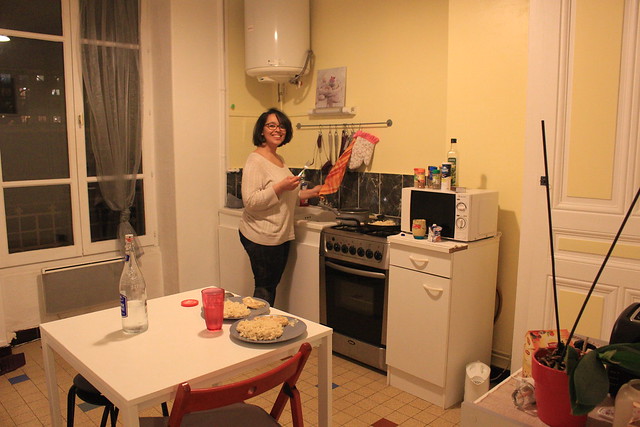 Soumaya is by far one of the best hosts I have encountered. She was really considerate and thoughtful, picking me up the moment I arrived at the train station. 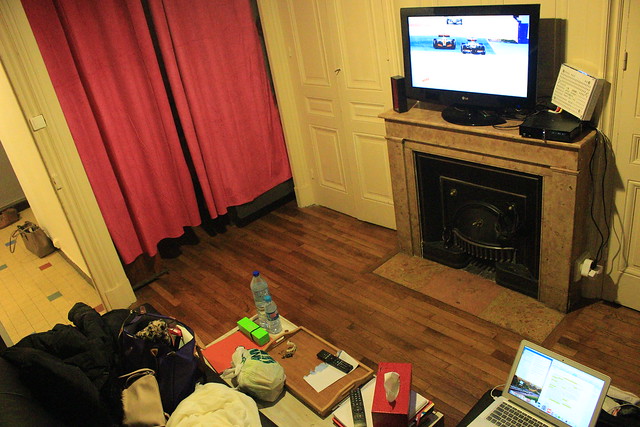 My first thought was shock at the massive size of the house, by France’s standards. She could even house a TV in an apartment that was fit for just nice one person.

One look and you could tell the apartment belonged to a female, with feminine touches in the bathroom and bedroom curtains.

I was so amazed by how certain adornments was invented so well to save space. Instead of knife holders, there would be a strip of magnet in front of the stove to “hang” your knife. A sofa could double up as a queen-sized bed.

I also did notice that no one here uses plastic ware, only glassware. Not in Clement’s in Paris, not in Amsterdam, not in Ada’s home in Bristol.

Also, I noted that my hosts have the habit of leaving their dishes overnight, something that is condoned in my home.

The first night, she brought me to watch a school performance and despite the cold nightly chill, I enjoyed the fire performance the most. It was exhilarating to watch the fire display by these students! Makes me wonder where they found the time to learn juggling and juggling fire. I don’t know a single person in my realm of friends that can juggle professionally like they do…

The display of affection of friends when they met was something that touched me greatly. They would throw their arms around each other and start bouncing (literally) with joy.

These friends show so much love and energy toward each other. I wish I could do the same with the people around me. This made me miss my friends back home- Juni, Jo, PJ…

I did remember fervently hugging Rui Qi when I first met up with her in Amsterdam though.

Amsterdam was my first trip travelling out on my own. It was terrifying when you didn’t know if you’d end up taking the wrong train, heading the wrong direction, getting pick pocketed, losing your items or failing to find your friend. It was such a relief to reconnect with someone familiar in an unfamiliar terrain. Suddenly everything felt better when we met.

Soumaya was kind enough to bring me around Lyon and Vieux Lyon while sharing about the city to me, between her classes. If not for her, I would not have discovered some truly hidden gems of Lyon, the Traboules.

Although it was enough to spend 1 day in Lyon, I still felt reluctant to leave a home that was made so cosy by her.