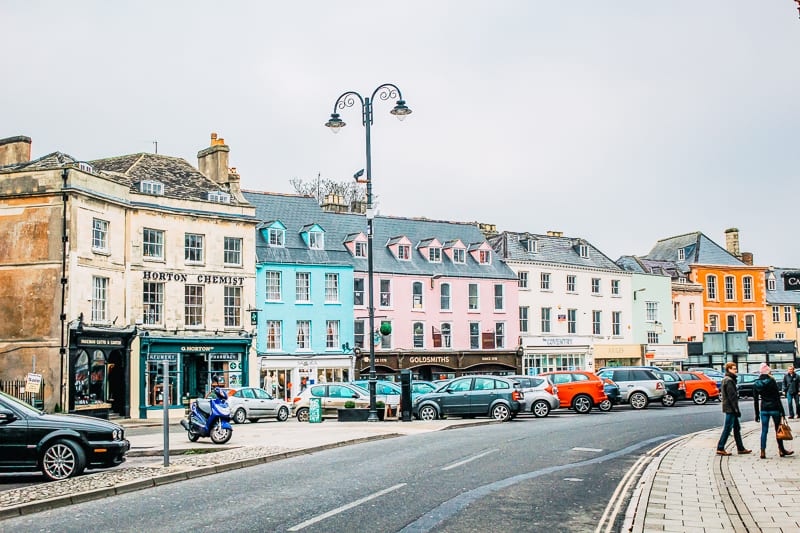 Things to Do in the Cotswolds’ Best Towns!

To get a real feel of the UK with its outstanding natural beauty, do not miss out on the best villages in Cotswolds. You’ll be transported back in time to the traditional ways of life, old-school buildings and stone-age architecture.

Be greeted with unpolluted crisp air and the lushest green. Of course, be prepared to get muddy.

Where is the Cotswolds, UK?

For those who do not know where the Cotswolds is, let me answer that real quick.

The Cotswolds refers to the countryside in the southwest of the UK comprising of a bunch of villages. Each village is quintessentially English yet all unique in terms of architecture. Tucked away behind the rolling hills, it is easy to miss, but trust me if you love the countryside, don’t.

Deciding where to go in the Cotswolds, UK

Cotswolds can be divided into north and south, which the highway A417 cuts through as a dividing point. Deciding which villages to go to is hard but I hope this post would help you make a decision on the best Cotswolds villages to visit. 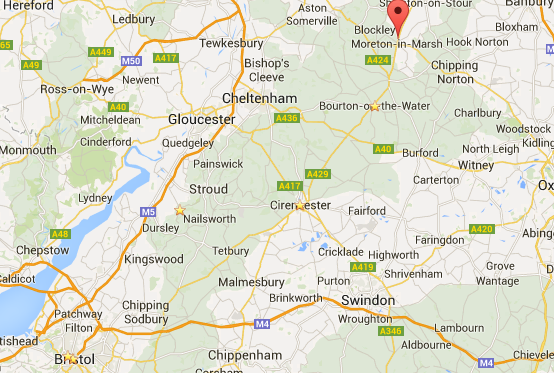 A search on Google would lead you going to the more famous towns in North Cotswolds – Broadway, Bourton-on-the-Water and Burford. North Cotswolds is near Stratford-upon-Avon and Oxford so if that is where you are coming from or heading, then the North makes sense for you.

South Cotswolds brings you nearer to Bristol and Bath. While the South is lesser known, ain’t that more exciting?

Regardless of which part you visit, be sure to take time to walk around and explore. These small countryside towns have tons of hidden gems – be it small local cafes, bookstores or artisans.

I managed to visit villages both in the North and South so let’s get started on the best towns in the Cotswolds!

Things to do in the Cotswolds, UK – North Cotswold villages to visit

This was one of my favourite places we visited, because it’s like an area taken right out of a classic old English movie scene. 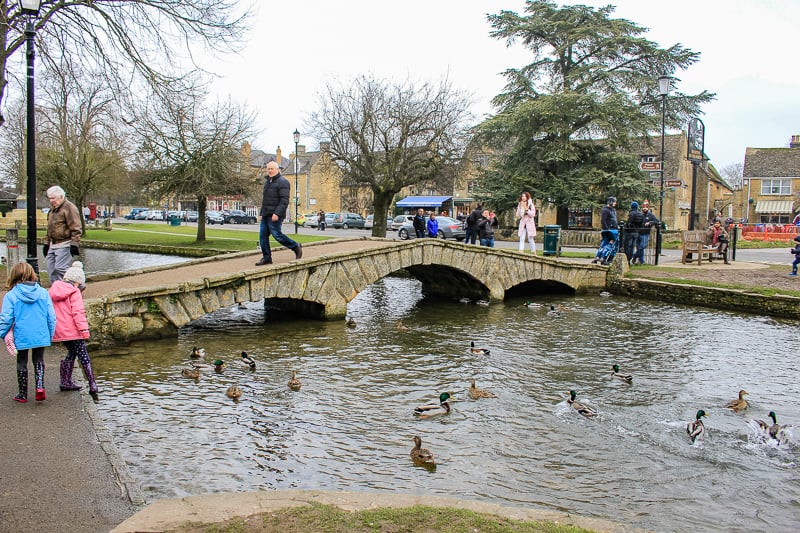 With little bridges, quacking ducks and Englishmen having an afternoon tea by the little lake, I now understand why this place is listed in almost every site as one of the best Cotswold villages to visit! 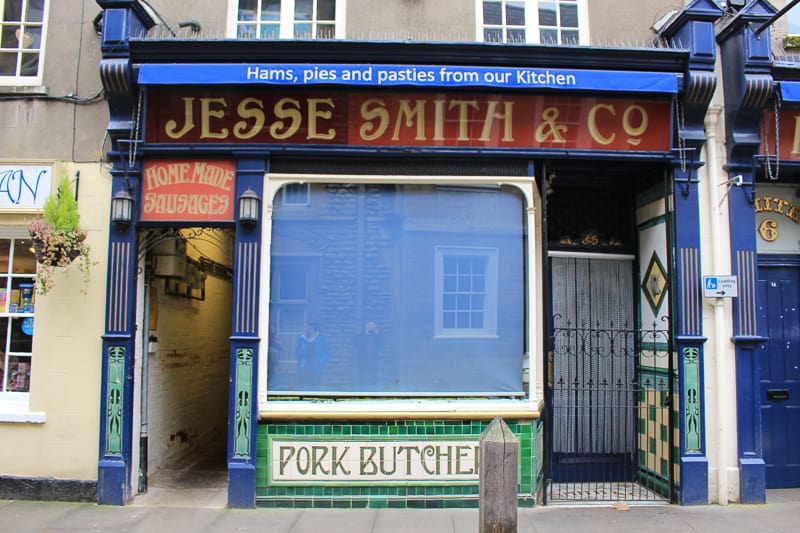 Traditional English houses in the Cotswolds 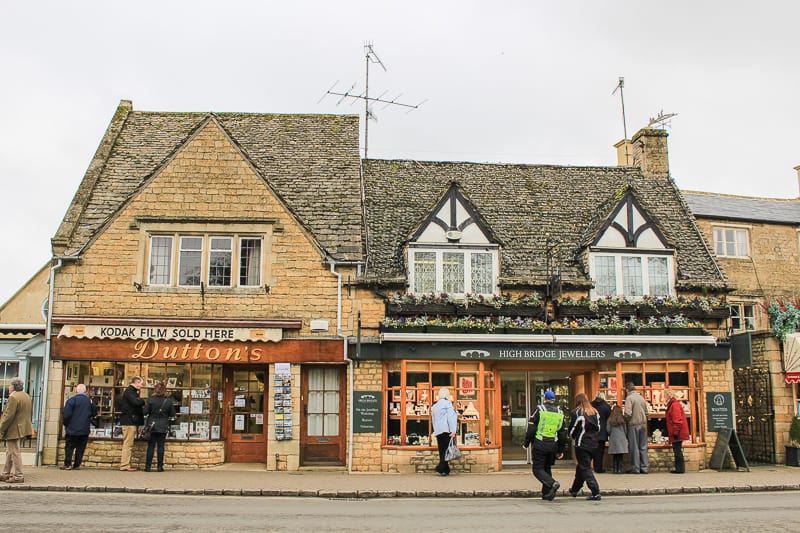 We spent a ton of time just walking around and exploring this famous town. Andy & Rachel (my couchsurfing hosts) brought me to try the traditional Cornish Pasty. It tastes and looks like Singapore’s very own curry puff, just without the curry and potato inside! 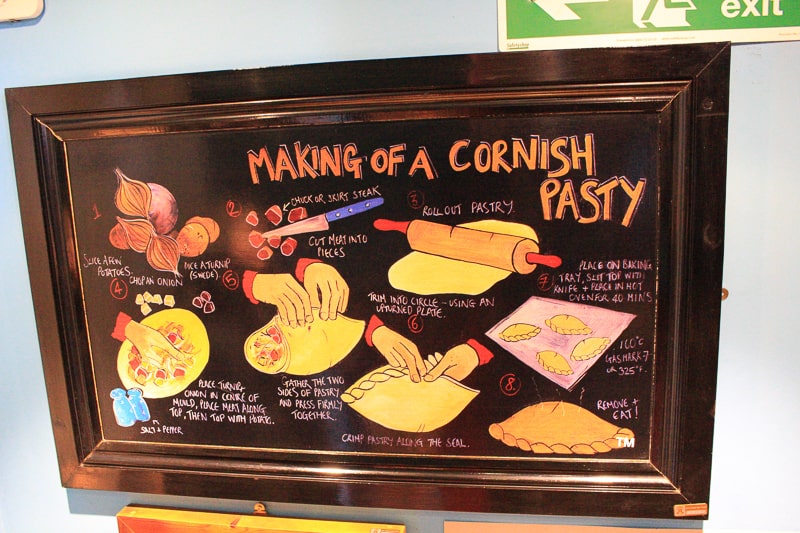 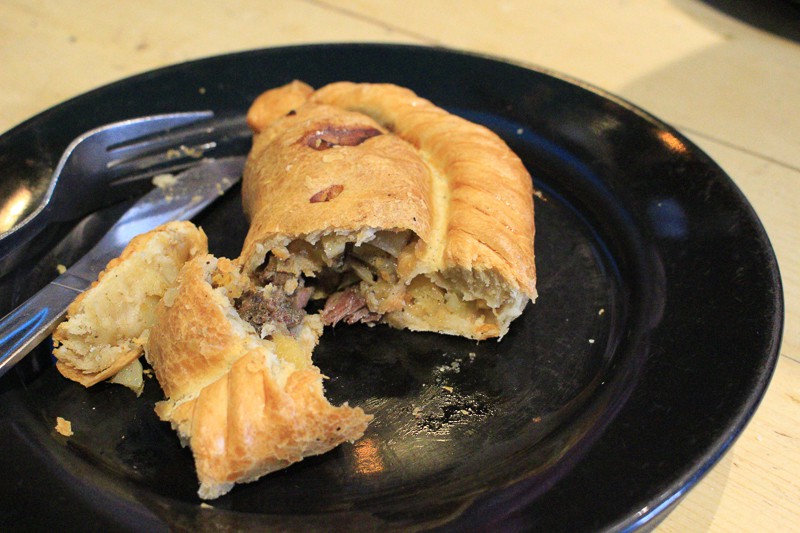 As Bourton-on-the-Water is a very popular place for both tourists and locals, there are many activities to do here. Visit the Adam Henson’s Cotswold Farm Park to pet some farm animals, or try some local beer at the Cotswold Brewing Company. I heard that the Cotswold Motor Museum is pretty cool too! 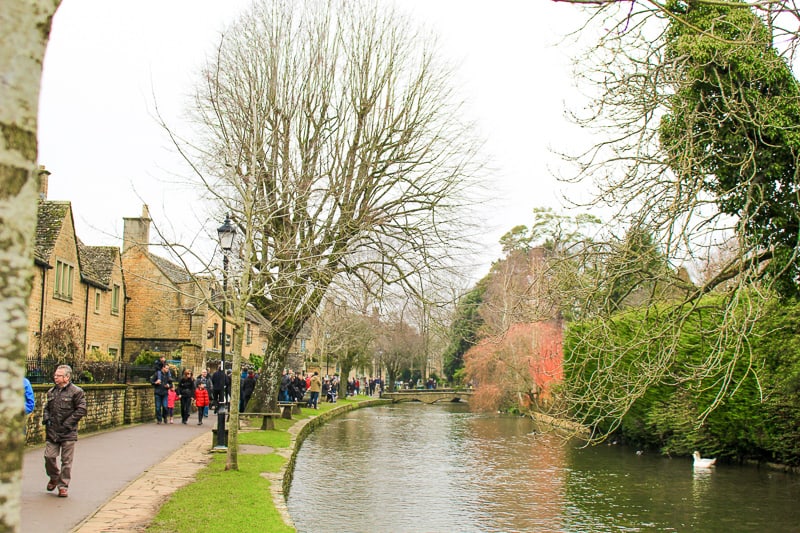 Many people bypass this town to see the Arlington Row cottages. How beautiful is this place you may ask? It is so beautiful, it has been featured in all UK passports since 2010! 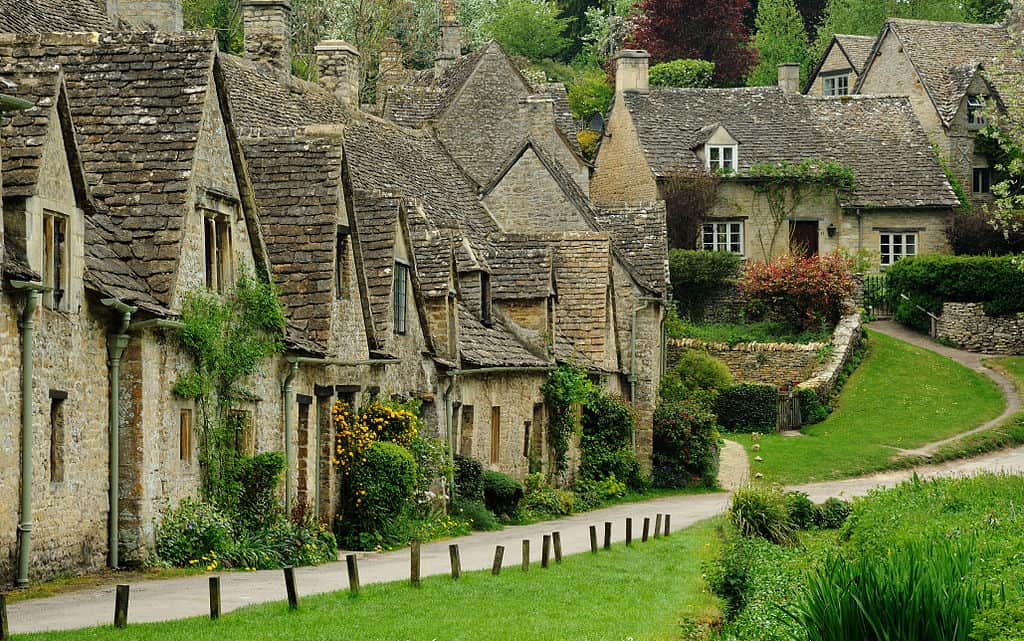 These cottages were initially built to sell wool but have now become a tourist attraction. The water meandering just right outside the cottages adds the perfect touch. Isn’t this the epitome of British countryside living?

You can even rent a cottage to stay in, but be warned, it books up months in advance!

While some of the other towns may seem a little small, Chipping Camden is a good base for tourists. It has all the basic amenities a tourist needs yet still retains that old charming English town vibe – spot the traditional thatched English roofs atop chocolate box cottages!

Be sure to walk down the Chipping Camden High street which is lined with stone wall buildings housing independent restaurants and cafes. Don’t miss Campden Coffee Company along Sheep Street.

Right in the centre of town is the historic 400-year-old market hall which used to provide shelter for traders – a symbol of this town.

If you need some hotel suggestions around here, Seagrave Arms and Three Ways House Hotel are great choices.

Things to do in the Cotswolds, UK – South Cotswold villages to visit 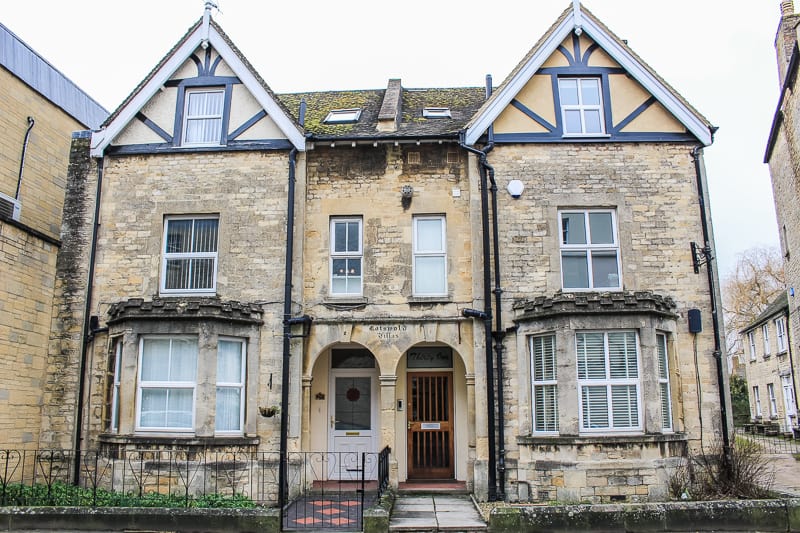 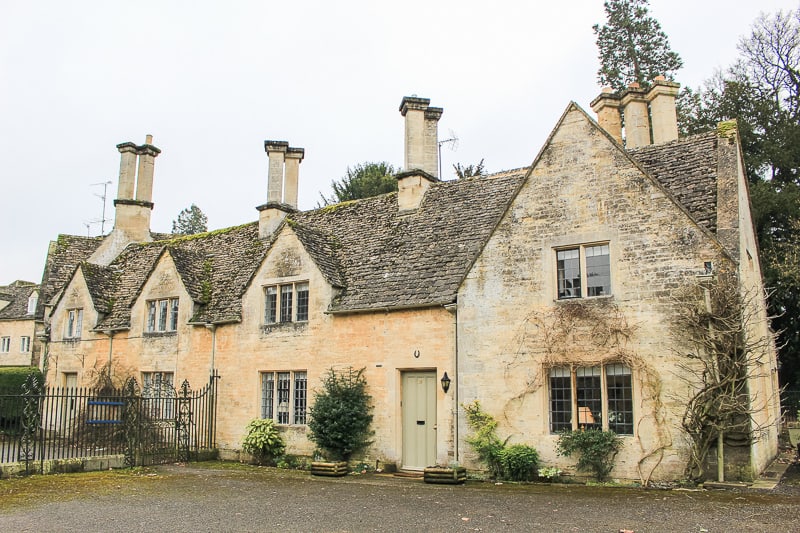 The buildings here are exclusive to Cirencester alone. Each little town in the Cotswolds have their own little unique formations, making it them remarkable in their little ways. 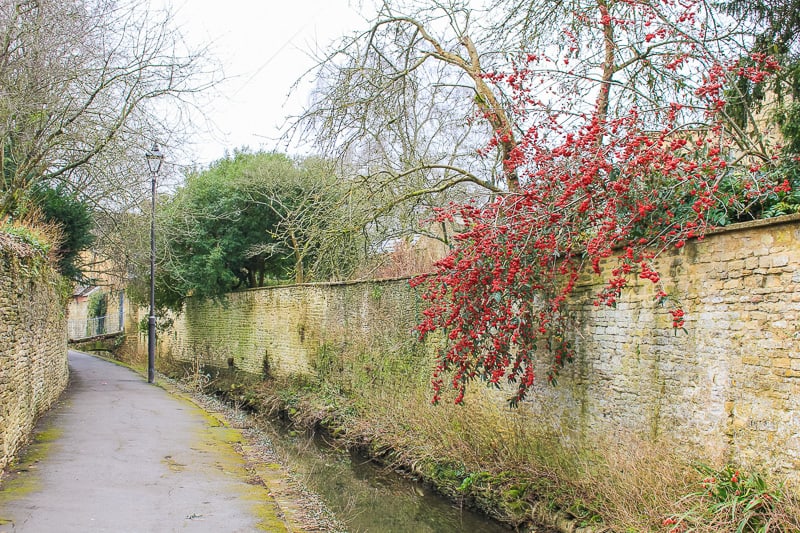 Cirencester is a lesser known tourist site so you would not be dealing with the throngs of tourists unlike in the north.

Take a stroll through Tiny Black Jack Street! It is full of independent shops and cafes.

I’m a sucker for rows of colourful houses, so here’s one below from the Cotswolds!

We continued our stroll into Cirencester Park. 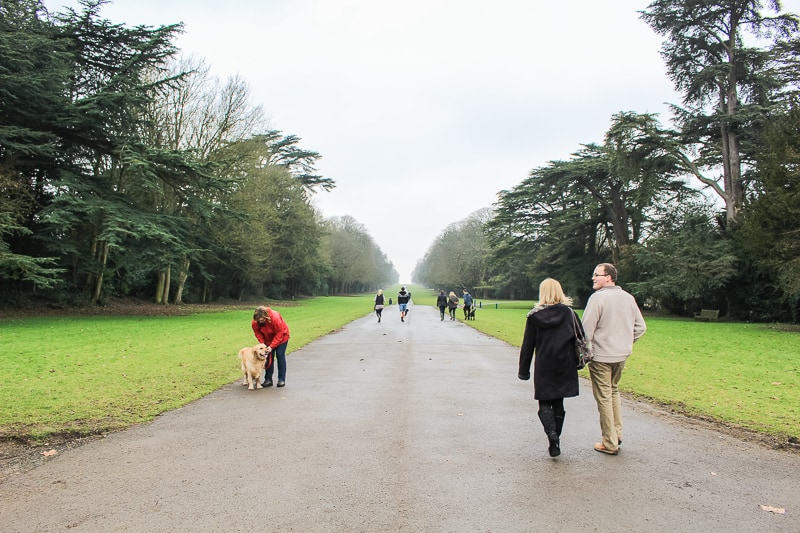 Can you imagine just stepping out of your house and being greeted by greenery as far as your eyes can see? The air is just so fresh and crisp – this is just one of the many things I enjoy about being away from the city.

I love how the Cotswolds locals live such leisurely lives, strolling by these parks and relishing their time – a delicacy lacking in Singapore.

I managed to visit the Roman Theatre and learnt that this town was initially known as Corinium under the Romans. 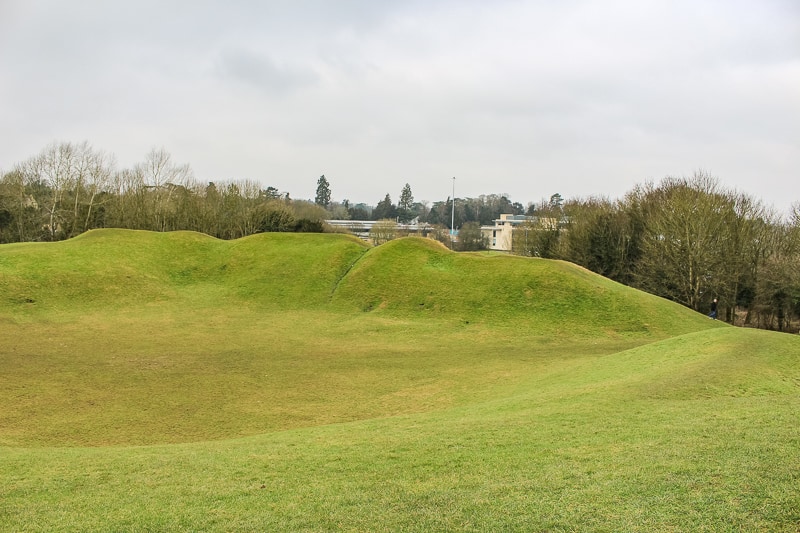 We spotted half-timbered houses which I originally thought were exclusive only to France’s Normandy, but boy was I wrong. 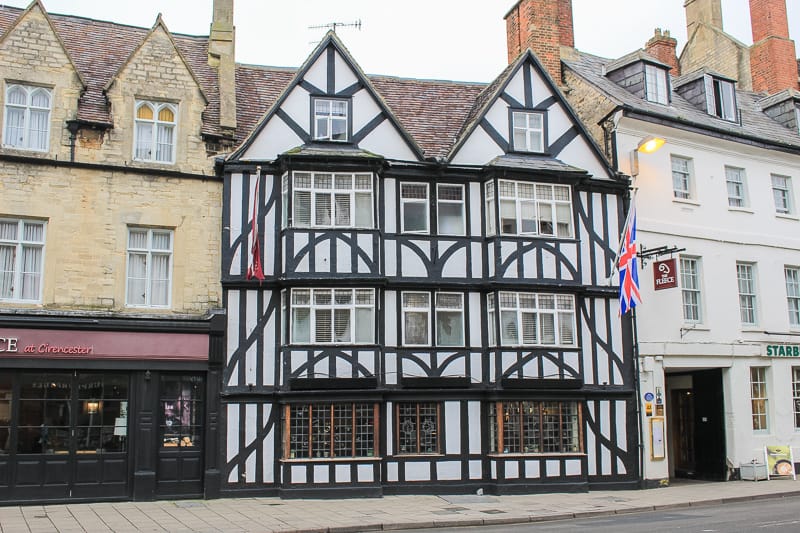 The reason why these houses are half-timbered is because the wooden boards are made from wood and the white finish from timber.

I had the pleasure of having two locals, Andy and Rachel, my couchsurfers guide me around. And guess how they navigated around the Cotswolds? Using physical maps! What a stark contrast between living in the old-age and new-age with GPS systems and virtual maps silently overtaking the traditional ways of navigation. I don’t remember the last time Dad used a physical map to navigate. On our road trips to Malaysia in the early 2000s?

The second village in Cotswolds I visited was Stroud. What I noticed about the town is that it is very hilly.

Since my purpose was to have a taste of the great green plains of England, how could I miss out on a hike in the Cotswolds to appreciate its outstanding natural beauty? 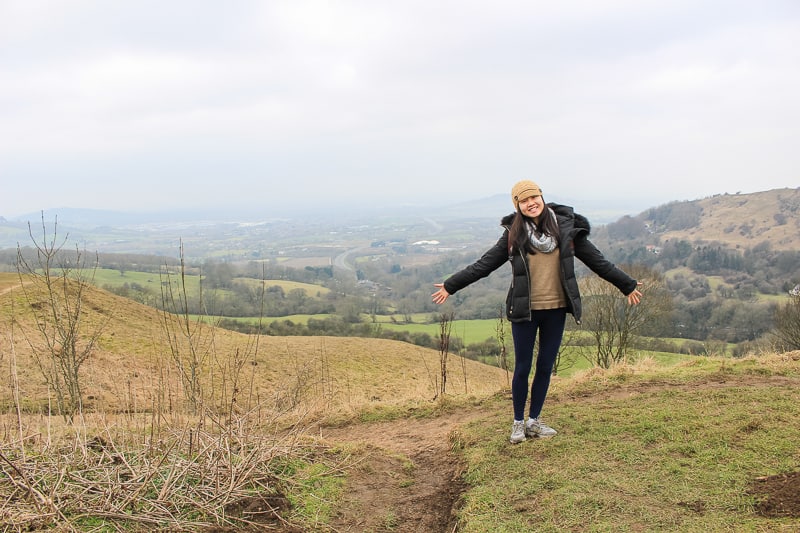 Unfortunately, Andy & Rachel were unavailable to join me, so I had to put my old scouting skills to good use. With a map, water and waterproof bag in hand, I scooted off into the great unknown!

En route, I was very much at peace with the serenity of nature – the quiet calls of birds, the gentle droplets of the after-rain, and little sheep grazing.

I shall let the pictures do the talking. 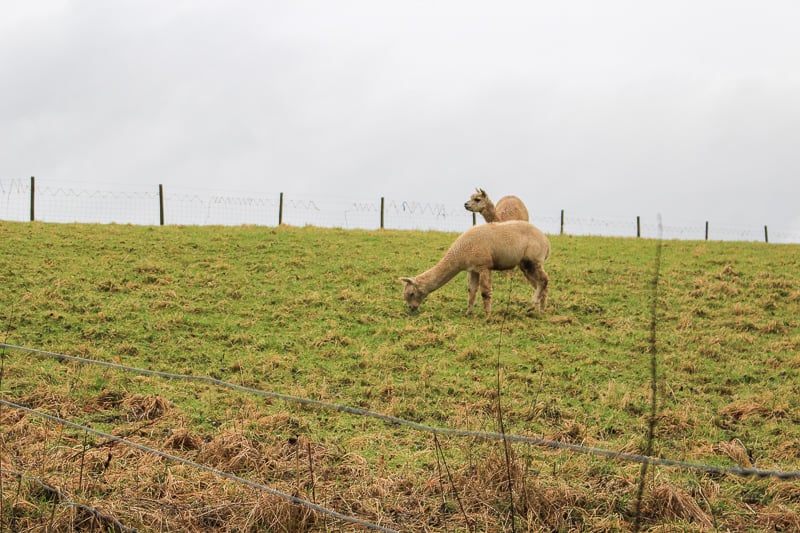 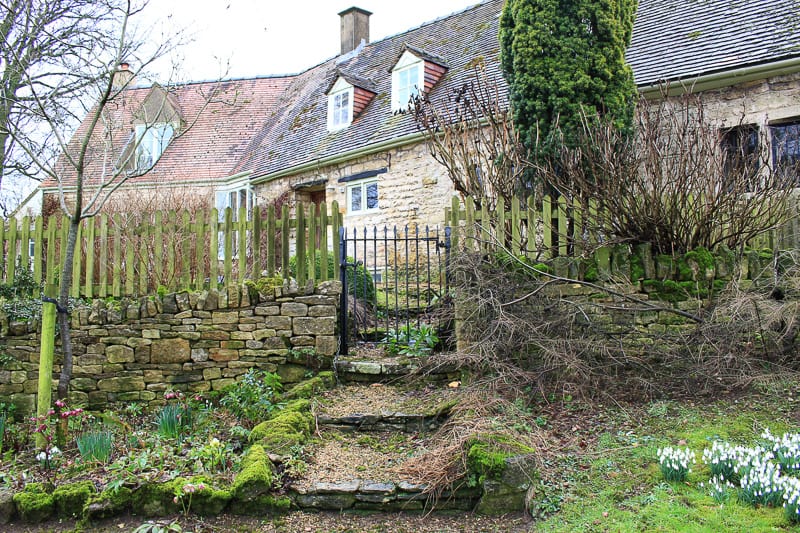 Came across a typical household which I boldly ventured into after being struck by their carefully decorated garden. They are very typical of the Cotswolds region! 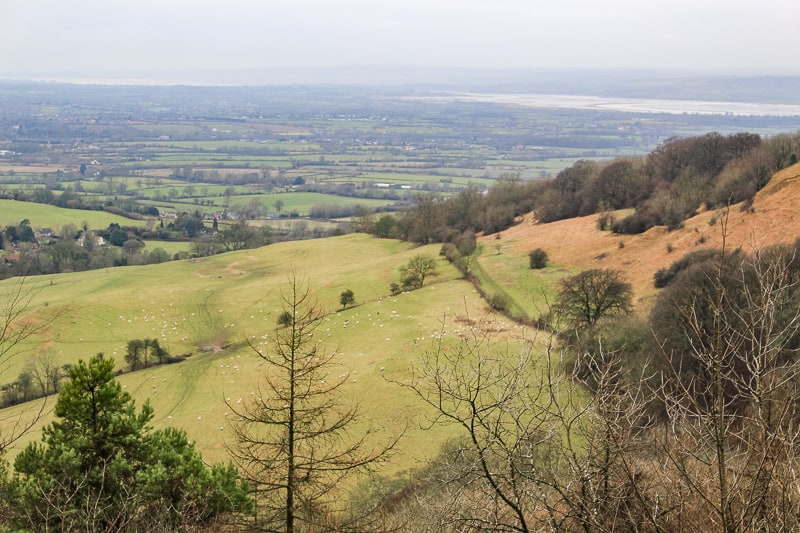 The white specks you see are sheep! I was so enraptured by the sight, as it was my first time since leaving my city hometown that I’ve ever seen such a vast land and herds of sheep. Evidently, living in a farm is on my bucket list. 😉

If you have time, take a quick stop at Combe Castle. It is a small village consisting of just 4 streets, can you imagine living there?

Often referred to as the prettiest village in England, you would have to come see these honeycomb houses for yourself. The green vines that snake the walls reminds me of those little villages the elves live in Enid Blyton books!

Exploring the villages in the Cotswolds was my only experience during my 6 months in Europe where I experienced true countryside living, and also my very first Couchsurfing experience. I still hold very, very fond memories of this place.

Heartwarming Things to Do in Bristol, U.K.